A state appeals court has ruled against Joe DiVincenzo, the Essex County executive who for years has been fighting a 13-count complaint alleging that he misused thousands of dollars in campaign funds on personal expenses.

The ruling on Friday by a three-judge panel of the Appellate Division is a win for the state’s campaign finance watchdog agency, the Election Law Enforcement Commission. The appeals court ruled that ELEC acted legally when it voted to authorize the complaint against DiVincenzo in 2013.

As a result, the court cleared the way for the charges against DiVincenzo to proceed after years of litigation exploring arcane questions about the interplay between state agencies and administrative law judges.

DiVincenzo, a Democrat, is perhaps the most powerful New Jersey politician ELEC has ever accused of wrongdoing. The 13-count complaint charges that he misused nearly $16,000 on trips to Puerto Rico, a tuxedo, a gym membership, parking tickets, baseball tickets, and tickets to the U.S. Open. He allegedly failed to disclose $72,000 in campaign spending over a two-year period.

His attorney, Angelo Genova, said in a statement that he would seek an appeal at the state Supreme Court, which may or may not decide take the case.

“The opinion makes no finding whatsoever that my client violated any law,” Genova said. “The important legal issues raised in this case are bigger than Mr. DiVincenzo, and, in fact, touch upon significant issues of administrative law and the proper role of the courts in reviewing agency decisions and, most importantly, undermine the almost 50-year-old tradition of the bipartisan administration of our election laws.”

The central question at this stage of the case was whether ELEC acted legally when it voted to authorize the complaint against DiVincenzo.

By law, ELEC has four commissioners, with no more than two coming from one political party. Although it is not written in any law, by tradition, governors have kept ELEC balanced with two Democrats and two Republicans.

When ELEC authorized the complaint against DiVincenzo, only two Republican commissioners were present for the vote. One of the Democratic members had died and had not been replaced. The other Democrat, Walter Timpone, had recused himself from the case because, he said later, he had a friendly relationship with DiVincenzo and the county executive once set up Timpone’s nephew with a job, and the nephew then had a falling out with DiVincenzo.

Timpone, however, voted on other parts of the DiVincenzo case both before and after his recusal for the 2013 vote to green-light the complaint. State law says recusals must be absolute. Timpone, now a state Supreme Court justice, has never explained the basis for shifting on and off the DiVincenzo case.

Regardless, writing for the appeals court on Friday, Superior Court Judge Marianne Espinosa said ELEC did not violate the law by having two Republicans vote to charge the Democratic county executive. In a sweeping decision that strengthened not only ELEC but other independent agencies, the court rejected all of DiVincenzo’s procedural arguments for dismissing the complaint.

State law only says no more than two commissioners may come from the same political party, Espinosa wrote, and it does not impose any restrictions on how to authorize complaints.

New Jersey law “would not be violated if four independents, with no party affiliations, were appointed to the commission or if the membership were comprised of two members of one party and two independents,” the court said.

“Moreover, the absence of any reference to political affiliations in the provisions that authorize specific actions by the commission undermines [DiVincenzo’s] argument that there should be a spillover effect from this statutory provision to all others in the act,” Espinosa added.

ELEC was unable to vote at that stage because Gov. Chris Christie and Senate President Steve Sweeney (D-Gloucester), two men who have worked closely with DiVincenzo over the years, kept one ELEC vacancy open for five years, another for nearly a year, and a third vacancy for several months. Effectively, the commission was unable to meet or hold any votes for 11 months. Christie has said he was not messing with the commission to give cover to DiVincenzo, one of the few high-profile Democrats who endorsed the governor’s re-election in 2013.

The Appellate Division said that, despite the delays, ELEC was within its rights to overturn the administrative law judge’s ruling. Administrative law judges may only issue advisory opinions under state law, the court said, and forcing ELEC to adopt the ruling dismissing the DiVincenzo complaint would weaken all state agencies, the judges reasoned.

“Clearly, such a decision must be subject to the agency’s review if it is not to encroach upon the agency’s ultimate decisional authority,” Espinosa wrote.

The judges also rejected several other arguments DiVincenzo raised, including that ELEC’s staff did not have standing to file an appeal without a vote by the commissioners and that the Appellate Division was not allowed to hear the case on procedural grounds.

DiVincenzo also argued that ELEC required at least three members present for a quorum, but the judges said that a majority of the available commissioners would suffice. In some cases, that means two members would be sufficient, for example, if one of the four ELEC seats is vacant or a commissioner is recused, the court said.

“I think it’s the longest case we’ve ever had in ELEC’s history,” said Jeff Brindle, ELEC’s executive director. “I had a really good legal team and really felt confident all along that we were on the right side of the issue and ultimately would prevail.”

The Supreme Court has discretion to take or reject any case it is asked to hear. That process likely would take several months, and then more months if the justices decide to take the case. Otherwise, the case would return to the Office of Administrative Law, which would be bound to follow Espinosa’s ruling. 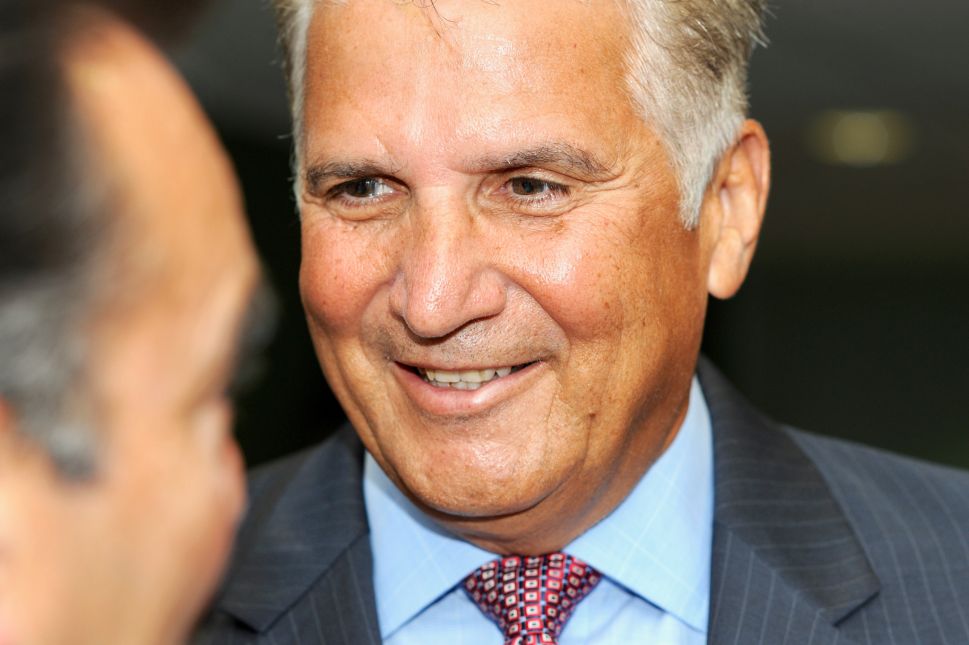