It will be weeks before we get our hands on Apple’s new iPhone X. The phone doesn’t even become available for preorders until Oct. 27, with deliveries not slated to begin until Nov. 3.

Yet history may well mark Sept. 12, when it was unveiled, as the beginning of the end of the Smartphone Era.

Sure, phones will be around for a long time yet, and Apple will sell a ton of iPhone Xs—even at eye-popping prices starting at $999. But the iPhone X reinforces the notion that phones are destined to recede in importance. More and more, it’s their function, rather than the physical object itself, that will take center stage, while their core technologies are absorbed into other products and venues.

Indeed, many of the design changes in the iPhone X seem aimed at deemphasizing its mechanical nature, turning it more into a window through which to access information in new forms, such as augmented reality.

Gone is the physical home button, a constant of Apple design for a decade. You’ll unlock the phone just by looking at it—assuming that the facial recognition software works better than it did during Apple executive Craig Federighi’s on-stage demo this week. (To put things in perspective, not even Steve Jobs was immune from such high-profile glitches.)

Also gone is the “chin” where the button used to live, while the edges around the screen have been shaved to almost nothing. The only thing interrupting the otherwise all-screen face is a small cutout at the top where various sensors, including the selfie/FaceTime camera, live. You’ll navigate around the X (pronounced “ten,” by the way) through a series of swipes and taps.

Even the most basic of physical tasks—plugging the damn thing in to recharge—will become unnecessary: Apple also announced a new wireless charging pad called AirPower, to debut next year, that will allow you to recharge the iPhone, Apple Watch and AirPods simultaneously simply by laying them on the mat.

It’s altogether fitting that Apple, which inaugurated the Smartphone Era in 2007 with the original iPhone, is the one to officiate at its sendoff. Back then, Steve Jobs famously touted the iPhone as an all-in-one solution for three separate use cases—and a replacement for three separate devices.

As a communicator, it instantly superseded the various candybar- and flip-phones that had dominated the wireless market since the introduction of cellular technology. As an Internet device, it offered a web-surfing experience much different than desktop and portable PCs, and it introduced the app model that today dominates mobile. And finally, as an entertainment device, it supplanted every media player that came before it—including, of course, Apple’s own phenomenally successful iPod.

Increasingly, though, it will be the phone’s turn to be supplanted. A small harbinger of things to come was another of Apple’s announcements this week: The new version of the Apple Watch will, for the first time, include its own LTE chip, meaning users will be able to use it as a full substitute for an iPhone without sacrificing any of its capabilities.

That doesn’t mean people will instantly stop buying iPhones, of course. What it does mean is they will encounter more occasions when the phone can safely be left behind—going for a run, say—while still being able to do everything they could do if the phone was in their pocket: make and take calls, play music, get directions via GPS, and track the progress of their workout.

And while we’ll have to wait even longer than the iPhone X to actually see Apple’s promised Siri-powered HomePod smart speaker, it isn’t hard to imagine using it in the not too distant future for FaceTime Audio calls—something Amazon’s Echo can already do.

Experts like to talk in terms of “platforms”—technologies that provide the stage for applications and services. Until 2007, we lived in the age of personal computers. For the last decade, smartphones have dominated.

But the future will show that the iPhone X pointed the way toward the next great shift: away from any one gadget, and toward the person consuming and interacting with information wherever they are and whatever they’re doing.

Want to know what the next great computing platform will be? It’s you. 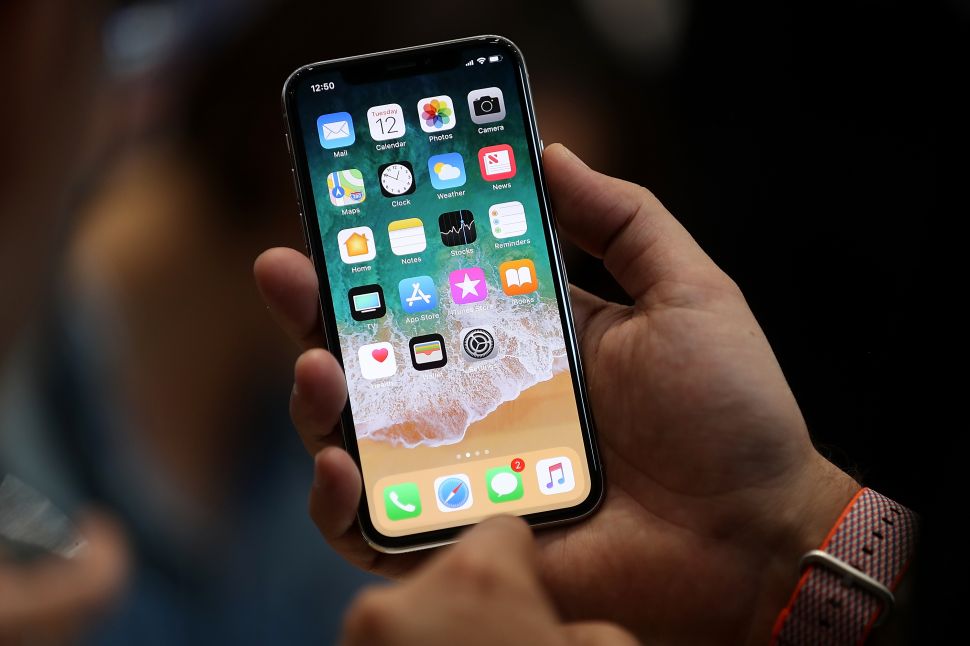