As the remnants of Hurricane Irma pass overhead, my family is glued to the television, wondering where and when Hurricane Jose will strike. It’s worth asking whether this surge of dangerous storms is a game changer, somehow connected to climate change, and whether it will get worse. Here is the good news, and bad news, about hurricanes—as well as a few political solutions.

With all of these storms pounding the coastline, and the images of Hurricane Katrina fresh in American minds, the most important question is whether or not this recent spate of storms over the last two decades has become deadlier than in the past.

While it’s true that more people are living on or near coastlines, cases like the deadly floods generated in New Orleans and Mississippi and Alabama by Hurricane Katrina are thankfully rare.

Katrina was the third deadliest storm, with roughly 1,200 deaths in 2005. But it’s the only storm with such a high casualty rate in the top 15 deadliest storms, according to Weather Underground. The worst of these storms was the Great Galveston hurricane of 1900, which killed nearly 8,000 Texans, followed by the Lake Okeechobee hurricane that hit Florida in 1928, causing nine foot surges in flooding and thousands of deaths. The only other storm in the top 15 for fatalities that occurred since 1935 was Hurricane Camille, which makes a cameo in the movie “Forrest Gump.” And that storm was number 15 for the deadliest storms, with 256 lives lost.

This is a credit to FEMA, local law enforcement and regional rescue teams—but especially the heroism of neighbors and volunteers from afar who rush in to save so many. Sadly, even with these brave efforts, more than 60 still drowned with Hurricane Harvey. We’ll have to see what happens in the aftermath of Hurricane Irma.

As for the costliest storms, recent years have shown that the hurricanes today will hit America hard in the pocketbook, and repeatedly so. Nine of the 15 most damaging storms have occurred since 2000, according to Weather Underground. And while one can try and explain it away with inflation or more modern expenses, that doesn’t explain why there are also two storms from the 1960s, one from the 1970s, and one from the 1980s still on the list.

Hurricane Katrina tops the charts…for now. Forecasters expect Hurricane Harvey, a Category 4 storm which hit Houston with 130 mph winds and rain, to displace Katrina as the costliest storm in U.S. history. As Jennifer Calfas with Time Magazine notes, Hurricane Irma may take its place amongst the most economically devastating storms. Her article explains why.

“We’ve entered a time in history where we have really put a lot of expensive homes and expensive structures along our coastal areas, and that in itself is the reason why the cost has gone up dramatically,” said Dick Kottlowski, a Senior Meteorologist with AccuWeather, in an interview with Calfas. “It’s not necessarily because the hurricanes are that much stronger, but because we have put too many things in harm’s way.”

My own research supports Kottlowski’s assertions. Before 2016, Hurricane Ike was the third most damaging storm in U.S. history, and it was only a Category 2 storm from 2008. Hurricane Irene comes in as the seventh most devastating storm, and it was a Category 1 type when it struck the East Coast. Tropical Storm Allison (that’s right, it wasn’t even a hurricane) was number 12 on the list for the trouble it caused in the Gulf of Mexico. Even if someone goes with the “most recent = more costly” explanation, somebody’s got to pay the cleanup costs.

Also, those more powerful storms are more likely to hit the United States than they did in the 1980s. Only five hit the USA from 1980-1989, while six Category 3, 4 and 5 storms have hit the USA since 2010, with Hurricane Jose and two more years to go. None of those 1950s storms make the list of most deadly or damaging. In 2005 alone, the United States had 28 storms (more than twice the 1950s average) and almost as many major hurricanes striking the U.S.A. that year than in the entire decade of the 1980s.

Is There A Political Solution?

The National Hurricane Center shows a dramatic increase in major storms hitting the United States. Only one did in the 1860s, but as U.S. and European industrialization ramped up into high gear, so did the number of major hurricanes striking the USA (seven in the 1890s, five in the 1920s, and nine in the 1950s). Those terrible storms of 1900 hitting Galveston, the 1928 Lake Okeechobee disaster, the Key West storm of 1935 that killed so many, and the 1938 hurricane that devastated New England (as seen on the History Channel) were the norm.

But as the United States shifted to a post-industrial economy, and the Environmental Protection Agency, the Montreal Protocol, the Clean Air Act, were passed and went into effect, the danger began to recede in the 1960s, 1970s and 1980s. Hurricane Camille was the exception, rather than the rule. Europe and Japan took similar steps and pro-environment parties and factions fared well in elections. Environmental actions worked, as politicians of both parties stepped up.

Despite the efforts of the First World, the weather changed in the 1990s, 2000s and this decade. Some of it reflected remaining vestiges of the fuel-based economy and transportation grids in the First World, but much of it can be attributed to the policies of the Third World and their rapid industrialization and deforestation.

Just as the actions of Third World countries may be the reason for some of the change, so too are they suffering from droughts, flooding and storms worse than the First World is. Lacking an effective FEMA and local government capacity, the cyclones and flooding that used to ravage America and take so many lives during U.S. industrialization are doing the same to the people and economies of Latin America, Africa and Asia.

The Trump Administration may have walked away from the Paris Agreement, but that’s not such a bad thing, as the deal did not hold the Third World countries accountable for targets the way First World countries faced binding pollution reduction targets. The U.S. needs a new international climate agreement that forces all to make real changes, not just the wealthy countries. If they refuse to reform, the rapid industrializers of the Third World will continue to drown in the wake of weather changes from Climate Change. 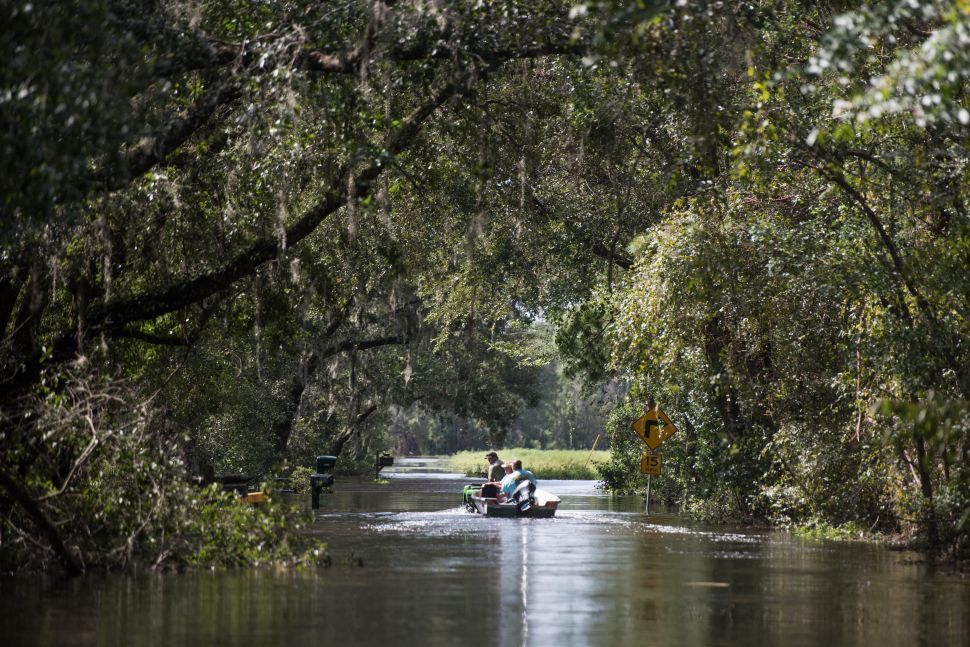