Hillary Clinton’s continued influence on the Democratic Party is obstructing its progress by suppressing opportunities for fresh leaders to arise and conflating criticisms of Donald Trump to revenge for Clinton. This week, a few pages leaked from Clinton’s new book in which she blames Sen. Bernie Sanders for her loss to Trump. Instead of admitting faults in her campaign, she victimizes herself and blames a variety of scapegoats.

During an interview with MSNBC’s Chris Hayes on September 7, Sanders responded to the excerpt claiming he undercut Clinton’s policy ideas by stating, “Does anybody really believe that?” He continued, “The truth is and the real story is that the ideas that we brought forth during that campaign, which were so crazy and so radical, are increasingly becoming mainstream.” Sanders cited these policy ideas as a $15 minimum wage, a $1 trillion infrastructure plan he introduced nearly a year before Clinton’s plan was introduced, and single payer health care, which has become increasingly popular despite Clinton claiming it will “never, ever come to pass.” Sanders also advocated for free public college tuition, which Clinton ridiculed during the primaries but took credit for earlier this year when Sanders and Gov. Andrew Cuomo announced a plan to provide free public college tuition in her home state, New York. Further, Sanders introduced his youth employment plan two weeks before Clinton introduced her apprenticeship program, making Clinton’s claims that Sanders stole her ideas as demonstrably false. Nevertheless, mainstream media has branded the excerpt from her book as factual.

Sanders’ presidential campaign fought for progressive policies, as outlined in his book that stemmed from the 2016 election, Our Revolution. Sanders’ book encourages his supporters’ enthusiasm, while Clinton’s new book tries to re-write history and revamp her supporters’ disdain for Sanders. But some Clinton supporters have pushed back on the narrative she is trying to put forth.

“The best thing she could do is disappear,” a former Clinton fundraiser and surrogate who played an active role at the convention told The Hill. “She’s doing harm to all of us because of her own selfishness. Honestly, I wish she’d just shut the f— up and go away.” Congressman Jared Hoffman, who supported Clinton in the primaries, told Politico, “She’s got every right to tell her story. Who am I to say she shouldn’t, or how she should tell it? But it is difficult for some of us, even like myself who’ve supported her, to play out all these media cycles about the blame game, and the excuses.”

In focusing on how Sanders supposedly undercut her, Clinton’s revisionism fails to admit that her campaign was desperately trying to keep up with Bernie Sanders’ popularity. She resisted increasing the debate schedule, which was ultimately reduced from 26 debates in 2008 to six in 2016. The DNC rescinded their ban on corporate lobbyist and PAC donations to help the Clinton campaign raise money with the Hillary Victory Fund. Sanders never ran an attack ad against Clinton, even though Obama did in 2008. Further, Clinton’s claims that Sanders hurt her candidacy fail to acknowledge that primaries are a necessary part of American democracy. Her campaign had an abundance of advantages but suffered from complacency and arrogance.

Since the election, Bernie Sanders’ and his policies have become mainstream, but Clinton and her supporters continue to blame him for her loss. Her book is a desperate attempt to salvage her reputation—even if it means further fracturing the Democratic Party. 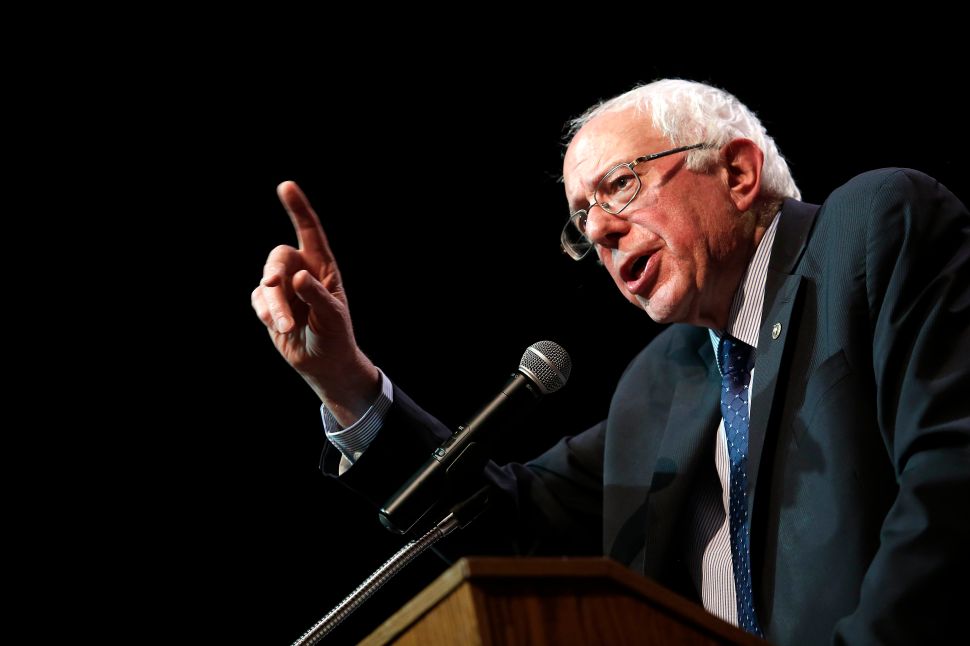