According to the U.S. Census, New York City’s population totaled 8,537,673 as of July 2017. In April 2017, there were 4,496,115 registered voters in the five boroughs, and just under 70 percent are registered Democrats. On Tuesday, roughly 420,000 Democrats voted in the primary, the second lowest turnout in New York City history. That’s 14 percent of Democrats and barely five percent of total New York City residents. In other words, in the election that essentially chose all of the city’s leaders for the next four years, 95 out of every 100 New Yorkers didn’t vote. That’s a problem, and it isn’t specific to New York City. It holds true across the country, but it doesn’t have to be this way.

We all perform complicated transactions on our phones every day—we move money, buy goods and services, and express our views and ideas using them. For most of us, our phone is more than a utility—it’s indispensable. Yet when it comes to the act that fundamentally maintains our democracy, we toss aside the object we rely on most and revert to an outdated, difficult approach. Voting requires taking time off work or finding childcare, identifying your polling place, finding time to go there, waiting in line, dealing with confused/hostile people working at the polling place, and then driving or walking back to wherever you started. Not surprisingly, few people bother. The solution is simple: If we want more people to vote, we have to make it easier to do so. If voting requires just opening an app, a lot more people will do it.

Most Americans believe the biggest threat to our democracy is that government is too polarized and nothing gets done. On that count, they’re right. But they incorrectly assume that nothing gets done because elected officials are dumb and lazy.

The vast majority of elected officials are highly logical. Their foremost concern is holding office. They know who bothers to vote, and they tailor their views, votes, policies and actions almost exclusively to cater to the people who can elect or un-elect them. And given that those who vote (especially in primaries) tend to be highly partisan, the people they elect religiously represent their views. As a result, little gets done, and when something does get done, it’s because one party has captured a legislative body or executive office and their actions are extreme.

The good news is that most politicians are highly adaptable. If 15 percent of their constituents vote in their primary, they’ll represent the views of those 15 percent. If 85 percent vote, they’ll represent the views of the majority of those voters. Bill de Blasio won around 300,000 votes in each of his mayoral primaries. He may not deserve parades in his honor, but he’s also not dumb. He knew that as long as he catered to the needs of that tiny subset of the population, he would win. And that’s exactly how he has governed—for around 300,000 people and often to the exclusion of the other 8.2 million. If turnout were higher, either his views would move to the center or someone more moderate would be elected in the first place—and this is true for every elected office in the country. The more people vote, the more mainstream politicians become. And when politicians all act within the mainstream, they will work together and get things done. So what does it take to get this off the ground?

None of these steps are easy, but they’re all necessary if we want to accomplish reform, which is essential to saving our democracy. At Tusk Montgomery Philanthropies, we have begun work on this list already. But change this big requires a movement. If you are someone who looks at our country and asks, “Can’t we do better?” this is the way forward. We hope you’ll join us.

Sheila Nix is the President of Tusk Montgomery Philanthropies. Previously, she served as the Chief of Staff to Dr. Jill Biden and as a Deputy Assistant to President Obama. She has worked on voter outreach plans for various presidential and gubernatorial campaigns, helped develop policies as Deputy Governor of Illinois and Chief of Staff to two U.S. Senators, and coordinated resources to fight poverty and disease in Sub-Saharan Africa as the U.S. Executive Director of Bono’s ONE Campaign. 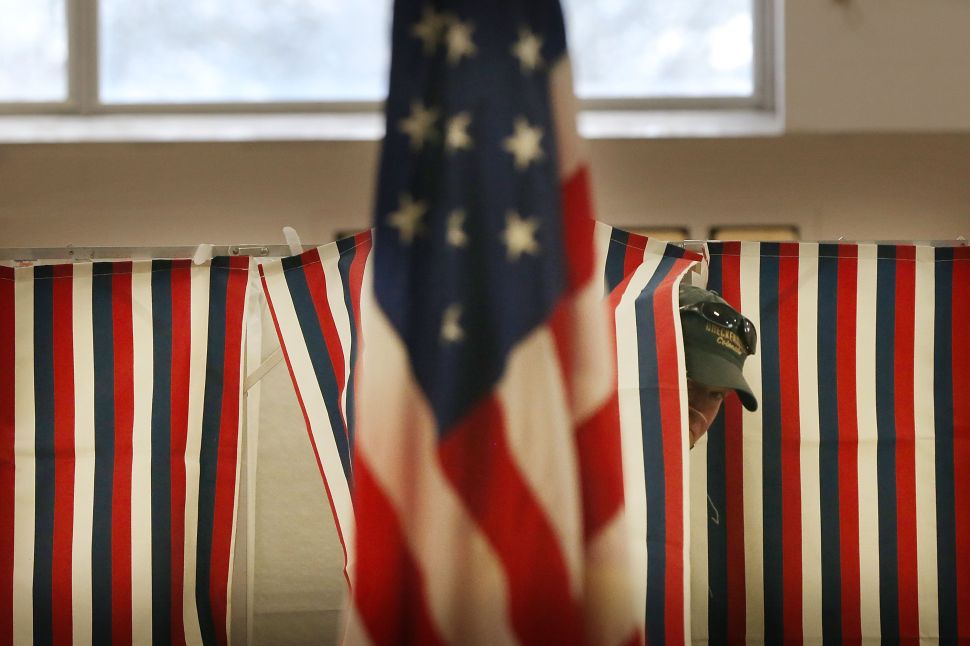