One of the biggest misconceptions and busted myths I see in my office is that cosmetic dermatology only applies to women. This may have been true 10 years ago, but now more and more of my cosmetic patients are men.

In the last decade there’s been a shift in the attitude of men seeking a younger appearance. There’s a spike in interest of treatments that only women have been doing for years. More magazines and websites are educating men about “beauty,” making it socially acceptable for men to be concerned about looking older.

This new trend is rooted in men being practical, not simply vain. In the workforce, youth equates to more productivity and speedy results. Looking younger makes men more professionally desirable. And then there’s social media and dating apps. More technology means we are looking at ourselves a whole lot more—and so are other people. The notion that “men look sexy as they age” is something they no longer believe.

Coinciding with this changing attitude are the advancements in the types of treatments available. Men are looking to dermatologic procedures that offer quick fixes with no downtime and that bring natural results immediately.

Here are my top 6 procedures and products that I recommend for men.

Unsurprisingly, Botox is the gateway procedure for most men. At first, men were hesitant to try it, fearing they would end up looking stiff as a board—expressionless with eyebrows that jutted up like Jack Nicholson. Men want to look natural above all, and that’s possible. As a man myself, I understand the art of administering Botox to men. I actually have a program in my office, literally called Botox for Men, where I soften wrinkles and lines around the eyes, forehead, and brow. This gives an overall refreshed, five years younger appearance that looks right.

Men also want a more tighter and firmer appearance all over their face and neck. They start to see their skin lose radiance and look weather beaten from sun damage. That’s where lasers come in. Rather than Fraxel, which is invasive and requires significant downtime, collagen-firming lasers like the 3D Laser are gentle and give an immediate firming result, while the Alexandrite laser tackles sunspots and redness. Men get redder in the face as they age but they fear it makes them look like excessive drinkers. Once men learn how lasers can help fix so many cosmetic annoyances they say “why not?”

Men are generally afraid cosmetic procedures will make them look feminine. That’s why they shy away from injectable filler. However, again there are masculine techniques. Fillers in truth are one of the most versatile and effective tools in the beauty arsenal. We use them in the conventional way for women, but for men a lesser amount is the key to a natural undone appearance. More than ever men use fillers to create a more lifted look, and fill in deep grooves and hollows. Treatment around the eyes is growing in popularity to remedy dark circles or that sunken tired look.

Men comprise fifty percent of my patients doing SculpSure, a new non-invasive way to destroy fat that is a game changing alternative to liposuction. In two or three sessions, each taking 25 minutes, beer bellies and spare tires are slimmed down. This FDA cleared treatment can destroy up to twenty-four percent of men’s fat per treatment. No wonder men are lining up for SculpSure.

Men are also doing more laser hair removal than ever. Imagine, treatment began as an exclusive treatment for women with leg hair! But men age get hair on their ears, between their brows, and more hair on their back and chest. The technology for hair removal has vastly improved in recent years. I perform the Candela Gentlemax Pro which I find to be best in class. There’s still one caveat: Unless the hairs are black in color, lasers are not an option.

For men not quite ready to explore cosmetic treatments, and even for those who do, I highly recommend men use anti-aging products. Once upon a time men didn’t use anything on their faces. Then it gradually turned into men using a moisturizer. Now, men are more in tune with this idea of collagen loss and know that a moisturizer won’t address that. So they’ve learned to create an anti-aging regimen to keep their skin looking young.

The two products I always recommend are an eye cream and an anti-aging face serum. The skin on the eye is different from the rest of the face and tends to age faster. Using an eye cream, especially with C+Collagen, is an easy way to look instantly younger. The Ferulic Acid + Retinol Brightening Solution is another great entry into anti-aging skin care because it’s used similarly to after-shave in terms of application, something they already know how to use. Simply put six drops into your palm, rub your palms together, and rub it all over the face. It’s as easy as that and the result is skin that looks instantly refreshed and radiant.

The bottom line is that more than ever men are exploring their options to look younger. By taking a slow and steady approach they’re seeing natural results. This exciting trend of trying new things has lead to more men being confident and satisfied with what they see in the mirror every day.

Board-certified dermatologist, dermatological surgeon and native New Yorker, Dennis Gross, M.D., founded his NYC practice in 1990 following extensive research at prestigious institutes, including Memorial Sloan-Kettering. He and his skin care expertise have been featured in publications including The New York Times Magazine, Elle, Vogue and Harper’s Bazaar. Find him on Instagram at @dennisgrossmd or www.dennisgrossmd.com. 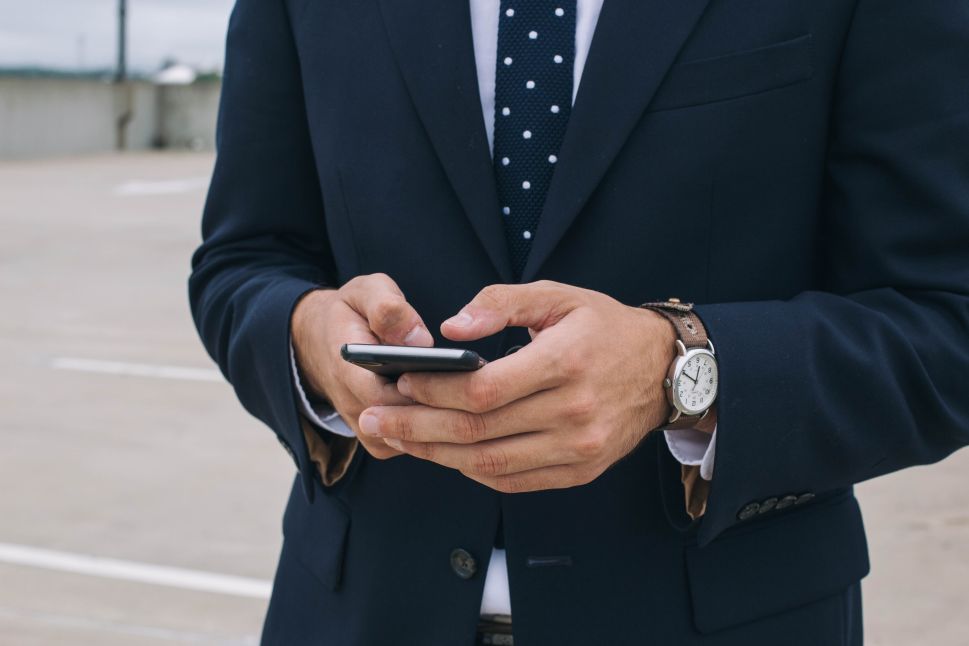