We can’t say this is too much of a shock.

Back in August, former Fox News anchor Bill O’Reilly interviewed Michael Smerconish on his daily online show and agreed to come on Smerconish’s show in September to promote his new book, Killing England. This raised some eyebrows given that Smerconish belongs to the CNN family and O’Reilly hasn’t exactly been the biggest fan of the left-leaning news network over the years.

“I’m going to do your program in September, after the book comes out,” O’Reilly said, per THR, back in August. “I’ll see you on CNN in September.”

Unsurprisingly, this was never meant to be as Smerconish said Thursday morning on his Sirius XM radio show that O’Reilly has cancelled.

“Bill O’Reilly called me yesterday, and although complimentary toward me personally, regarding me as a straight shooter and so on and so forth, said that because of his history with my network, he just wasn’t comfortable in coming on, at least at not at this time,” Smerconish said.

“Which disappoints me, because I think we’d have had a good conversation. Needless to say there’s a lot of ground that I would have liked to have covered with him. But that’s not going to happen, at least not now.”

Bob Costas will now take O’Reilly’s place as the guest on Smerconish’ 9 a.m. show this Saturday. Costas was applauded recently for his succinct take on the ongoing National Anthem protests in the NFL.

O’Reilly has been busy lately promoting his new book. One of his stops even included his old stomping grounds at Fox with Sean Hannity.

O’Reilly was forced out at Fox back in April following sexual harassment allegations against him. 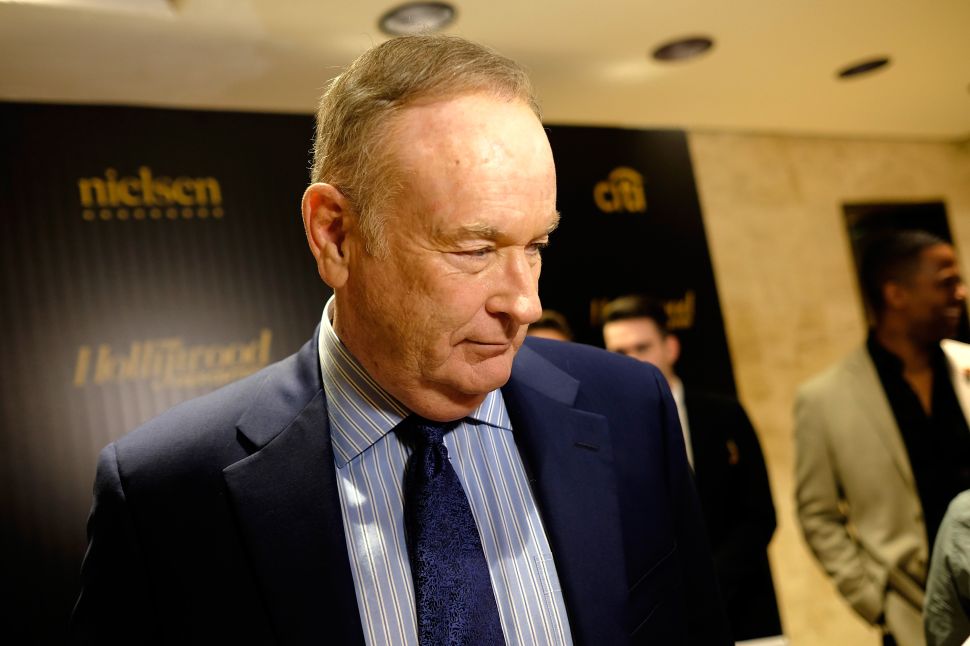