Nearly six months after being fired from Fox News after several sexual harassment allegations, Bill O’Reilly appeared on the Today show in an attempt to clear his name and refocus the conversation on his new book.

During a combative eight-minute interview with Matt Lauer, O’Reilly denied any wrongdoing and said his firing was “a political and financial hit job” which was “engineered by radical left groups.” He also claimed “there isn’t any smoking gun” in his case.

O’Reilly was let go from Fox in April after five women claimed he had sexually harassed them—The New York Times reported that Fox had paid $13 million to keep those women quiet. O’Reilly received a $25 million payout upon his exit, equivalent to one year of his salary.

While O’Reilly told Lauer that no specific reason was given for his firing, he stated that the $25 million payment was included in his contract.

“They could pay me a certain amount of money and not put me on the air,” he said.

O’Reilly was fired 10 months after Fox News CEO Roger Ailes was let go over similar sexual harassment allegations (Ailes died in May). Lauer pointed out that the network likely understood the stakes, and that O’Reilly was “the last guy in the world they wanted to fire.”

“You don’t let your number one guy go unless you have information,” Lauer said. “Doesn’t it seem safe to assume that the people at Fox News were given some evidence that simply made it impossible for you to stay on?”

O’Reilly called Lauer’s claim “a false assumption” and said he had never gotten a human resources complaint in his 42 years on television. He claimed there were “a lot of other business things at play” in his firing.

“They made a business decision that they could possibly prosper more without me,” he said. “Every company has these lawsuits. They settle them for a number of reasons. As an employee, I don’t really have any say in that matter.”

O’Reilly (who debuted an online news show last month) also said that even though he never mistreated anyone, he was not planning to sue the women who accused him.

“You can’t win those lawsuits,” he said. “Every allegation is a conviction.”

O’Reilly is trying to prove his innocence in other ways, however. He pointed to a Newsmax article which stated that one of the women who accused him had filed a false police report about sexual harassment in 2015.

“The two things aren’t mutually exclusive,” Lauer replied. “She could’ve filed a false report in 2015 and still be telling the truth about you.”

At the end of the interview, talk shifted to O’Reilly’s new book Killing England: The Brutal Struggle for American Independence. O’Reilly called it an “unvarnished look at American history” meant to attack political correctness.

“Folks need to know who these icons were to stop this craziness,” he said. “History is under assault. The far left and PC forces want to wipe it out.” 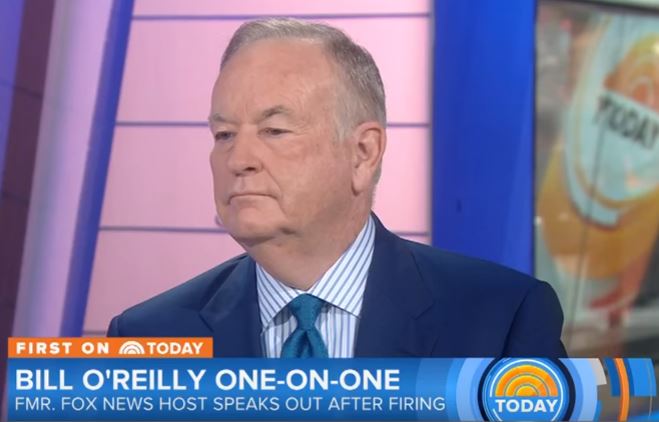