Bitcoin tanked last night and it took every other cryptocurrency with it. Checking sites like CoinMarketCap and CoinCap last night, was fascinating like a slow motion car wreck.

It was Black Thursday in crypto.

On September 1, Bitcoin hit $4950. Ever since it has been going down, but last night it got bleak, as Ars Technica reported. As Thursday began, it was over $3800, but by last night it had fallen below $3000.

This morning, bitcoin has recovered much of its loss, probably as loads of speculators see the hemorrhaging value as a great time to buy. We’ll return to this point.

But first, it’s important to step back from the bloodbath and look at all of cryptocurrency. To the general public, bitcoin is digital money and digital money is bitcoin. Telling your mom there’s other cryptocurrencies is like telling her there’s other kinds of social media besides Facebook. Mom’s not checking out Reddit and she’s not curious about Monero, either.

But for those who are interested in building things with cryptocurrency and the blockchain, those other currencies are important. Bitcoin was the first draft of this technology, and it was so far ahead of its time that it will probably remain important. As more use cases get found for distributed databases and internet money, other architectures have proven necessary.

For example, every record on the bitcoin blockchain costs a little bit of money. It’s not much, but it’s enough that applications that want to make millions of records immutable can’t afford to use it. It’s also rather slow. Lastly, Bitcoin security burns an unbelievable amount of electricity.

So to do other, interesting things with blockchains and money on the internet, new network designs have been necessary. We’ve written about applications like STEEM, Ethereum, Filecoin and Litecoin. There’s lots more. Entrepreneurs have built hundreds of cryptocurrencies. Some of them are complete scams but others could be the beginnings of the next technology that improves our way of life.

Yet there’s been a mania to create new cryptocurrencies; it’s fair to call it a bubble. We covered several coming soon for potheads yesterday. In July, we also expressed some skepticism about the surge in initial coin offerings as it really got going.

At the heart of the matter, it seems that China’s crackdown on cryptocurrency largely explains the crash. First, it banned initial coin offerings. Then, cryptocurrency exchanges started shutting down in China (the Chinese market has driven much of the run-up in cryptocurrency).

No doubt this has led to thousands of Chinese investors hiding their money in bitcoin and other cryptocurrencies to put it on the market for sale. That huge lift in supply would obviously drive down price, spooking investors.

On the other hand, bitcoin has regained much of its lost value already today. Other investors probably saw the losses as an opportunity to buy at a good price.

Some speculators probably don’t think that cryptocurrency is anything but a way to hide money from the government and buy drugs, like JP Morgan Chase’s Jamie Dimon. They might have the stomach for cryptocurrency volatility, but for them it still makes sense to get out when bad news hits, such as the world’s most populous country crushing the technology.

And, for now, there’s no good way for people who doubt the value of these currencies to bet against it, as Fortune reported. Counter-intuitively, that’s bad for everyone, even bitcoin boosters.

Other speculators, though, believe in the technology’s potential to provide genuinely valuable services, such as faster settlement of international accounts and even undermining spam.

Those investors will be long on the currency and pile in during a downturn, which also helps to explain why it has quickly recovered.

If some of these real world applications catch on, we’ll know the latter were right. If not, then the folks who headed for the door last night did it at the right time. 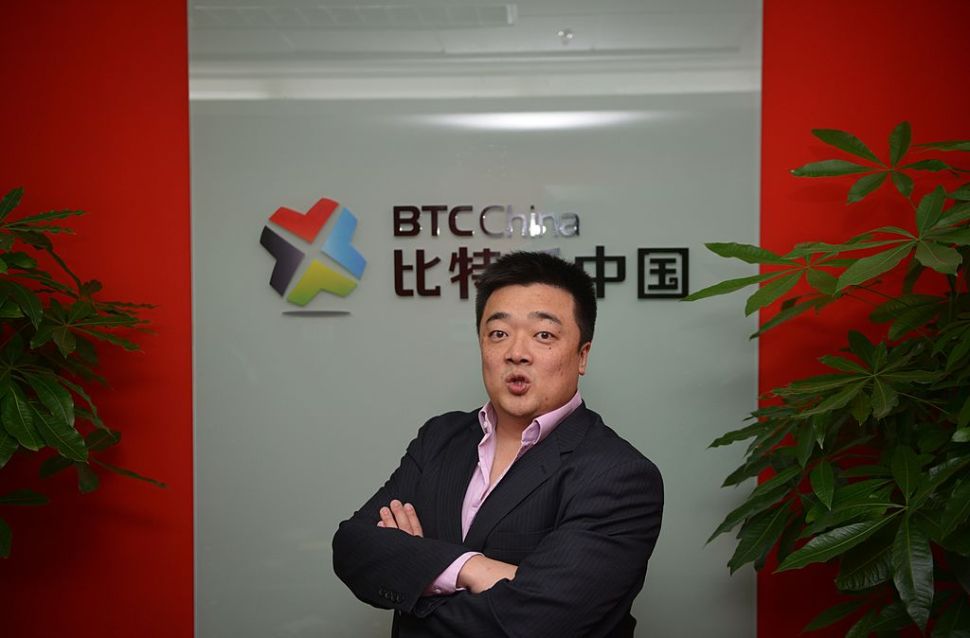