While full reviews for Denis Villeneuve‘s Blade Runner 2049 are still a week away, Warner Bros. did lift the social media embargo today. That means critics have been able to discuss their reactions to the film and, well, it sounds like the best movie of 2017 (so far) has arrived. Warner Bros.’ dominant year continues.

Admittedly, we’re not that surprised. Blade Runner is considered by many to be the greatest sci-fi film of all time, Villeneuve is one of Hollywood’s best working directors and 2049 put together an absolutely stellar cast. That’s an obvious recipe for success, especially for fans of the original.

Hopefully, the sequel connects with general audiences and can work with It and Kingsman: The Golden Circle to help drag cinema out of a putrid box office summer. At its core, 2049 should have cross-generational appeal thanks to 1982’s original. Pairing Harrison Ford (coming off Star Wars: The Force Awakens) with Ryan Gosling (coming off La La Land) doesn’t hurt its box office prospects either.

Most importantly, though, is that 2049 looks like a real winner. Can it sneak into the Oscars race like Villeneuve’s Arrival did last year? Historically, the Academy has looked down upon the sci-fi, but that paradigm is beginning to change and Villeneuve is known for his emotional storytelling.

Everyone bow down to Denis Villeneuve. He’s done the impossible and delivered a huge home run with 'Blade Runner 2049'. Loved it. pic.twitter.com/fjhAJgnwqT

#BladeRunner2049 is a true sequel in tune with the mood, pacing, tone, contemplative nature, and stark visual splendor of the original.

Good news! BLADE RUNNER 2049 is a terrific continuation and expansion of the orig. Wasn't hoping for much, ended up LOVING it. (Even Leto!) 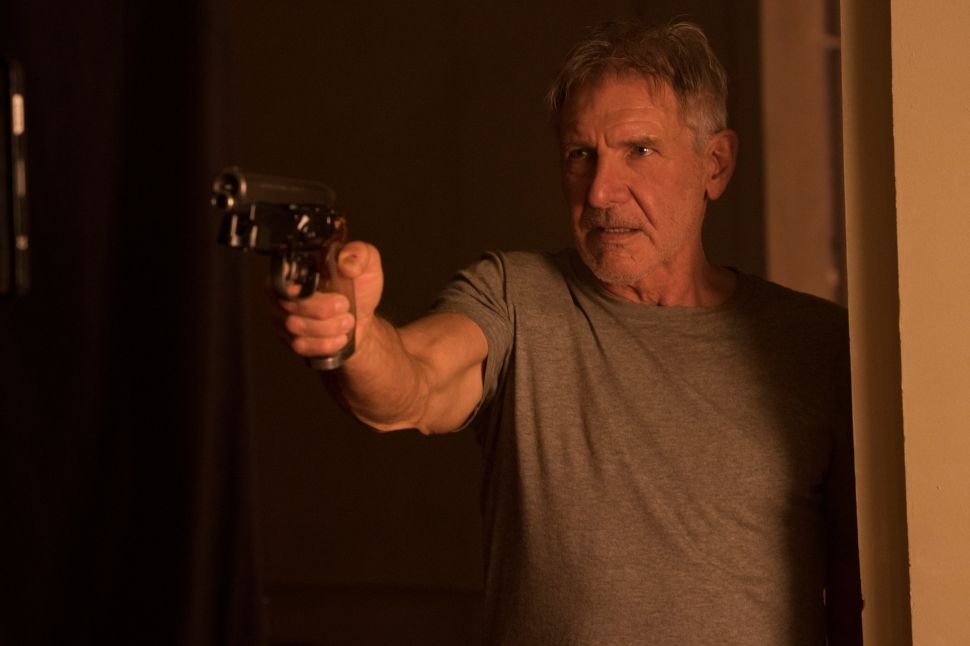