Blistan was elected by members of the New Jersey Education Association in April to lead the 200,000-member organization. Formerly the union’s vice president, Blistan took over the top job from Wendell Steinhauer.

The NJEA is a powerful entity in the halls of government and has deep pockets, lobbying muscle, and its endorsement is considered key for many Democratic office-seekers.

The union is at war with Senate President Steve Sweeney (D-Gloucester), spending heavily on attack ads in an attempt to oust him from the Legislature this November. Top NJEA officials became irate with Sweeney when he pulled the plug at the last minute on a resolution that would have asked voters to guarantee pension funding in the state constitution, something Sweeney had promised after years of underfunding from elected officials put the pensions in danger of collapse. Blistan is no fan of Sweeney, and the Washington Township school she teaches at is in his district.

Fully funding state aid for schools under the School Funding Reform Act of 2008 is a top priority for the union, Blistan told Observer in April, along with securing funding for the pension system. Those proposals would cost billions at a time when the state’s $34.6 billion budget is stretched thin due to rising costs. The NJEA also wants “real relief” from pension and benefit overhauls Christie signed into law in 2011, a NJEA news release said.

In a statement Monday, Blistan said she looked up to civil rights leaders such as Dr. Martin Luther King, Jr., Malcolm X, John F. Kennedy and Robert Kennedy, and pledged to be an advocate for social justice.

“Today, given what is happening in Charlottesville and elsewhere, it is our mission to educate our children and pursue racial, social and economic justice to counter the forces of evil in our midst,” she said in a statement Friday. “We must engage and empower members like never before. We must make sure that their voice is the voice of this union.”

NJEA Vice President Sean M. Spiller and Secretary-Treasurer Steve Beatty also took office Friday. Spiller is a high school science teacher in Wayne who previously served as secretary-treasurer, and Beatty is a social studies teacher in the Bridgewater-Raritan school district who was president of the local union there as well as the Somerset County Education Association, according to NJEA. 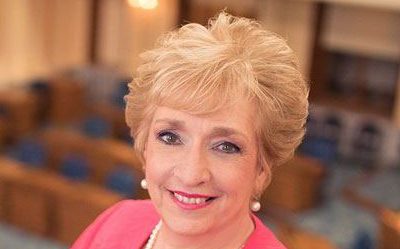