Did you think bucket bags were over, despite seeing one on literally every young woman heading downtown? You were sadly mistaken, as there’s a 2,500 person waitlist for the latest style.

Linjer, a brand new direct-to-consumer brand, hasn’t even launched yet and they’ve already amassed quite the waitlist for their brand new purse, The Tulip Bag. The bag retails for $450, but is available for $425 if you order now (which might be one reason there’s a waitlist, as the price has continued to rise over the past few months).

As of now, the young brand is projecting they will reach $1 million in pre-orders by September, as long as they can keep up with demand. And those already on the list have a long wait ahead of them. Some have already been waiting for more than three months, and the bags won’t start shipping until October. By then, the waitlist might surpass 3,000 people desperate to get a brand new bucket bag on their arm.

Linjer started when Jennifer Chong’s boyfriend Roman Khan was looking for a minimalist briefcase with no logos, which was surprisingly difficult to find. The couple ended up launching their own business in 2014 after an extremely successful Indiegogo campaign, offering briefcases, totes and a duffle bag, all for men.

If you’re tired of Madewell’s seemingly inescapable Transport Tote and don’t want to see another Mansur Gavriel bucket bag on the arm of an Insta-girl, this inventive option might be worth buying…as long as you don’t mind waiting, and running into 2,500 other people with the exact same bag on their arm this October. 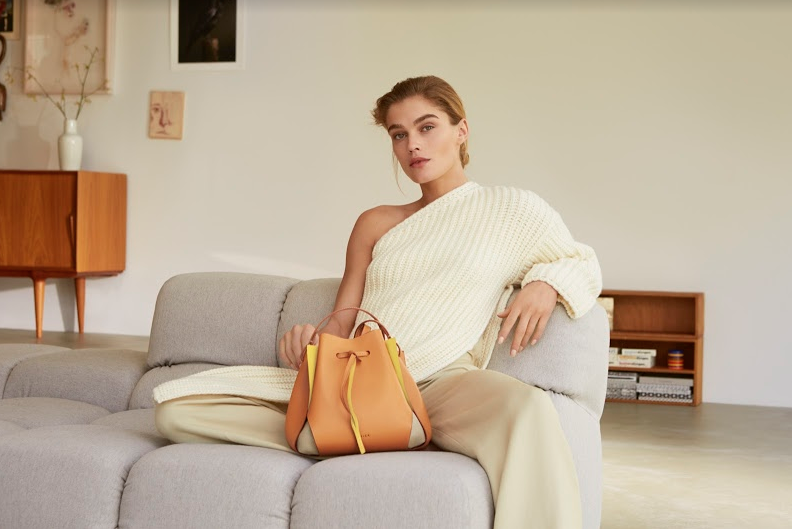