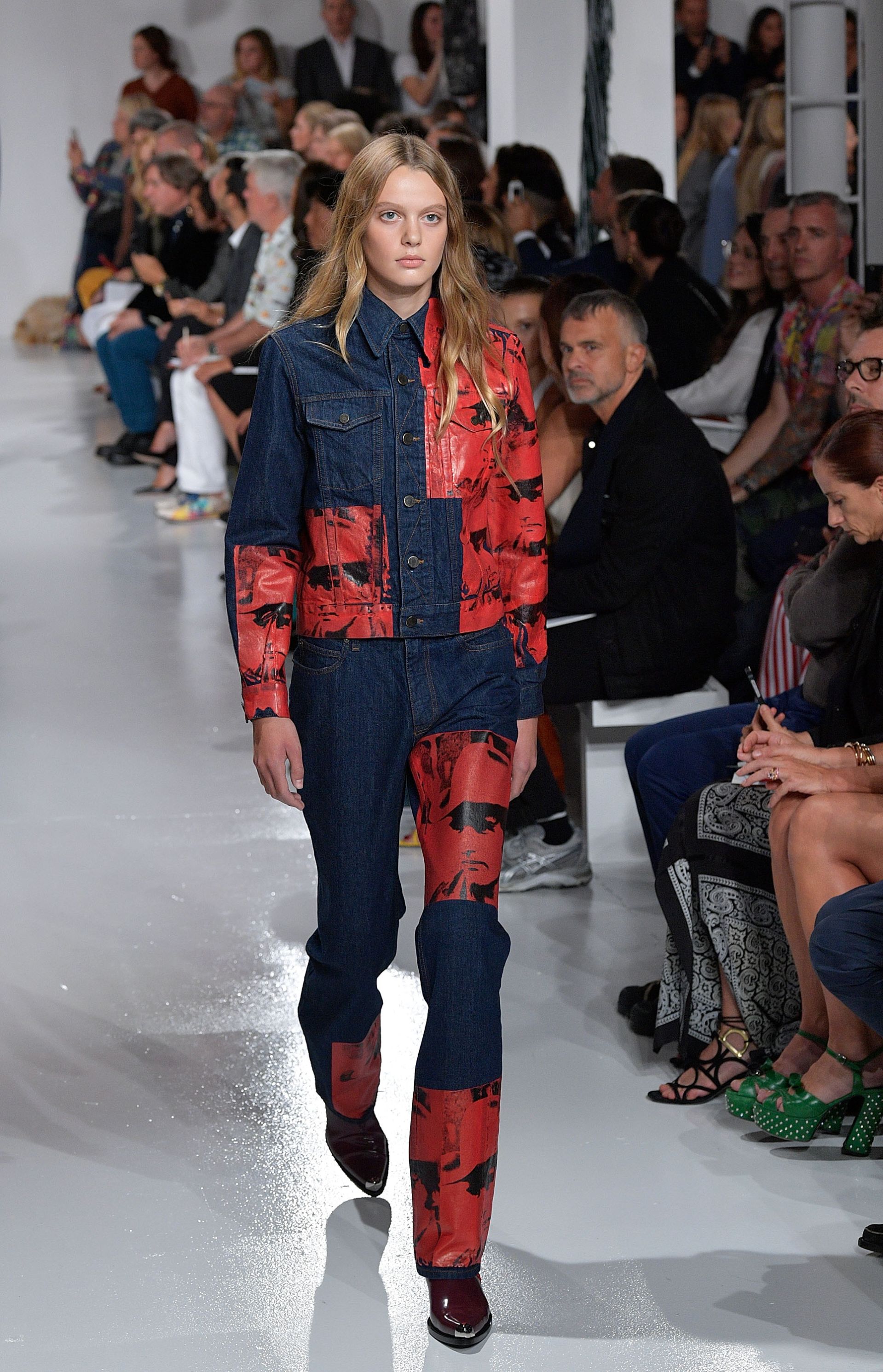 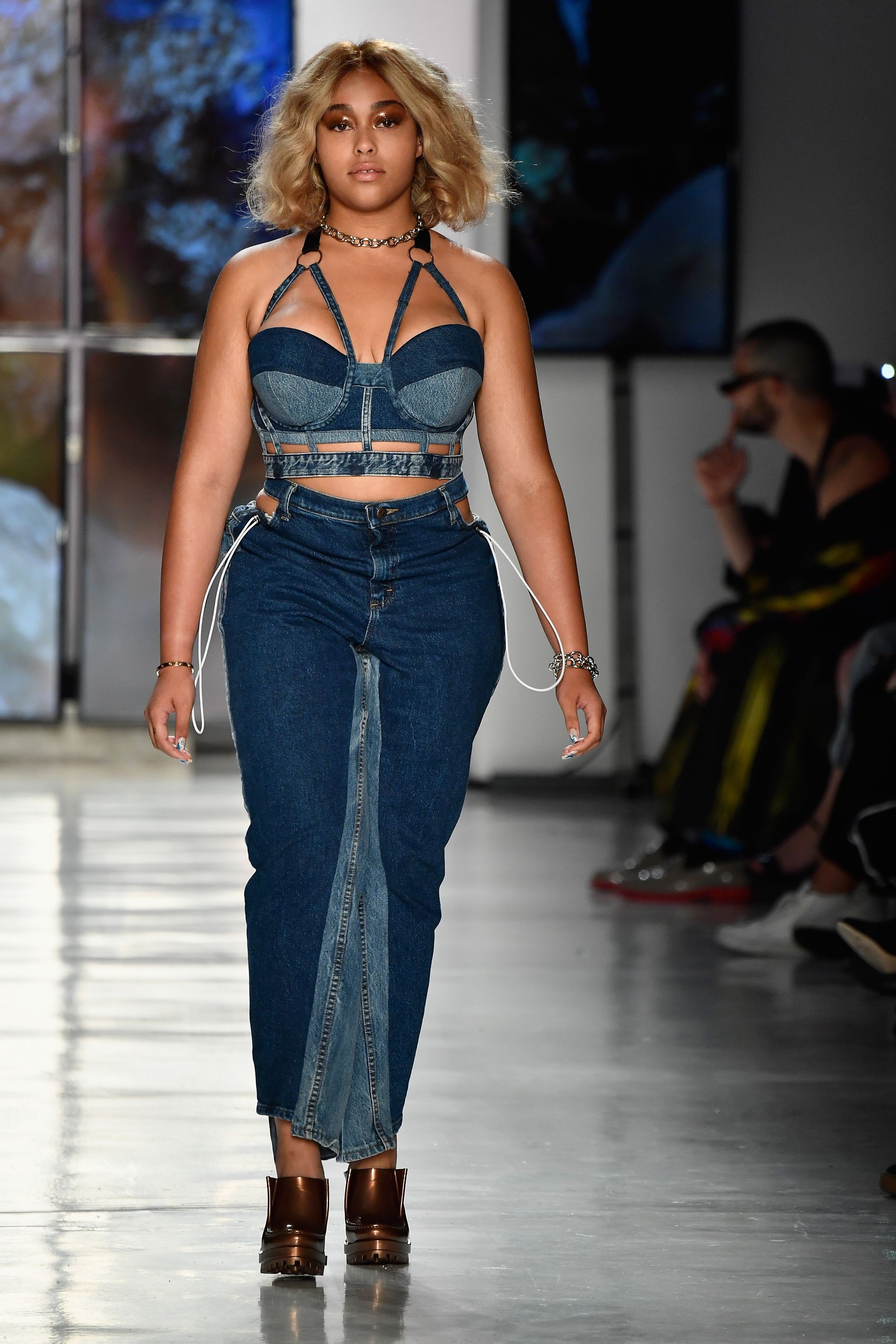 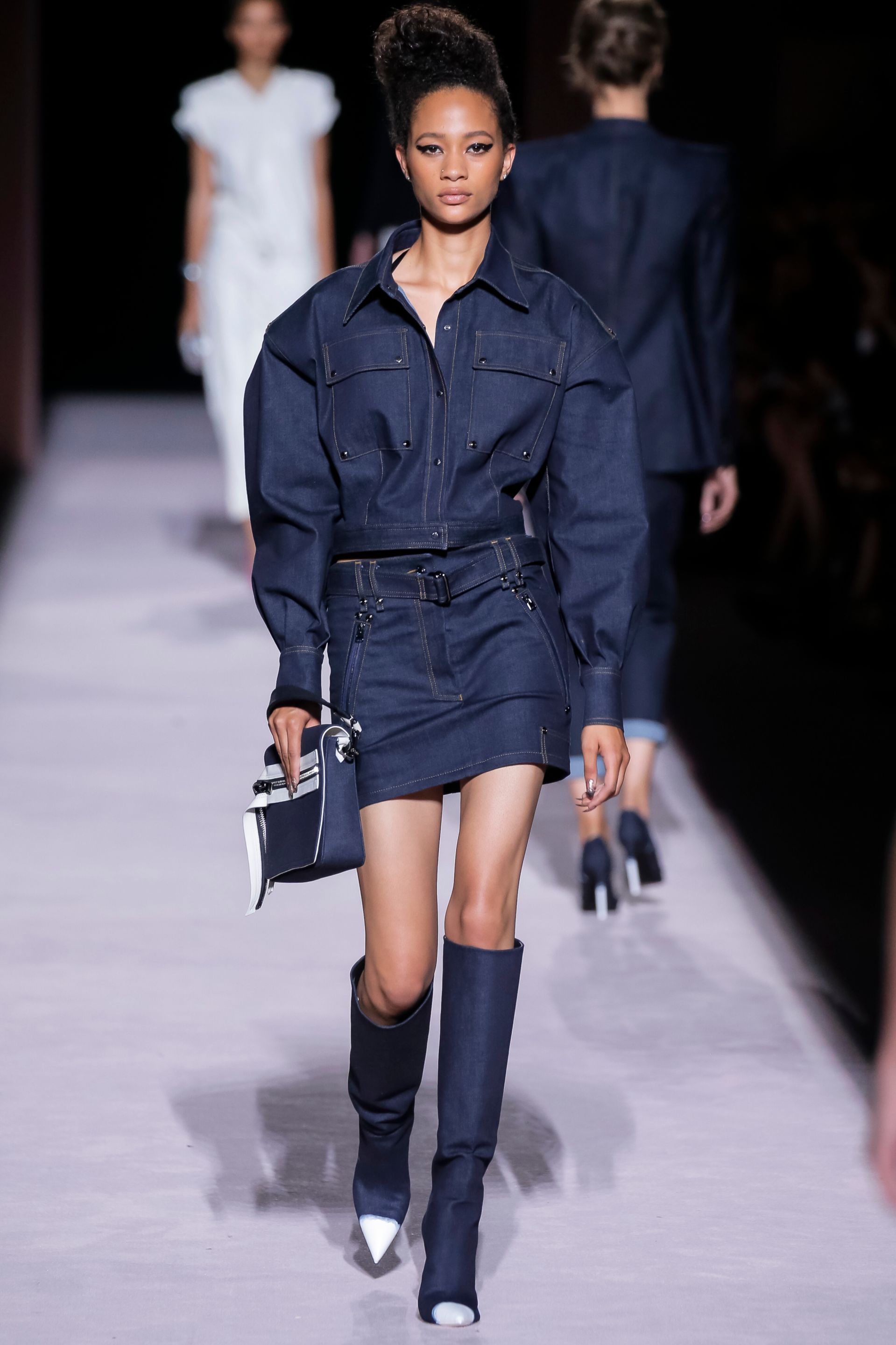 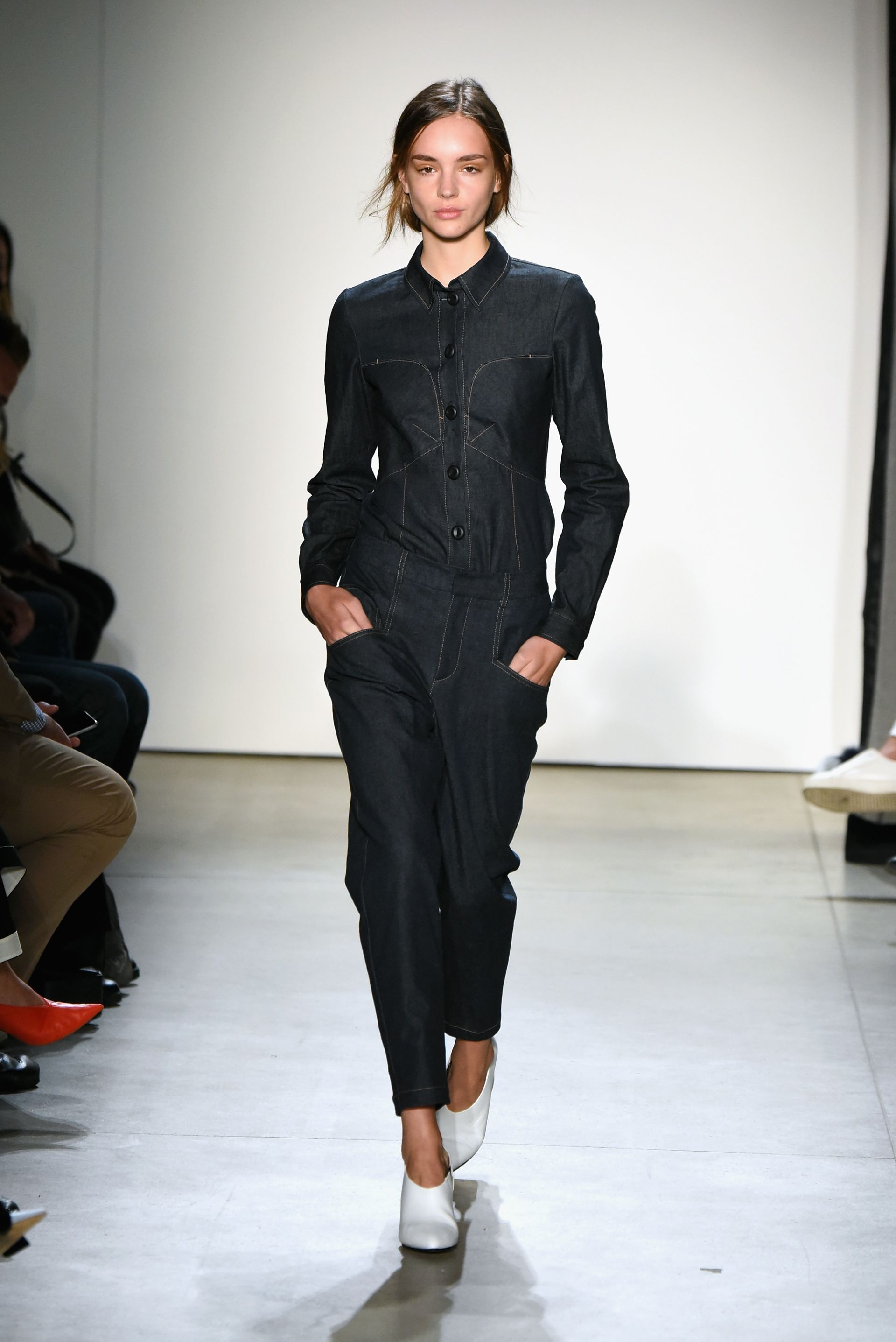 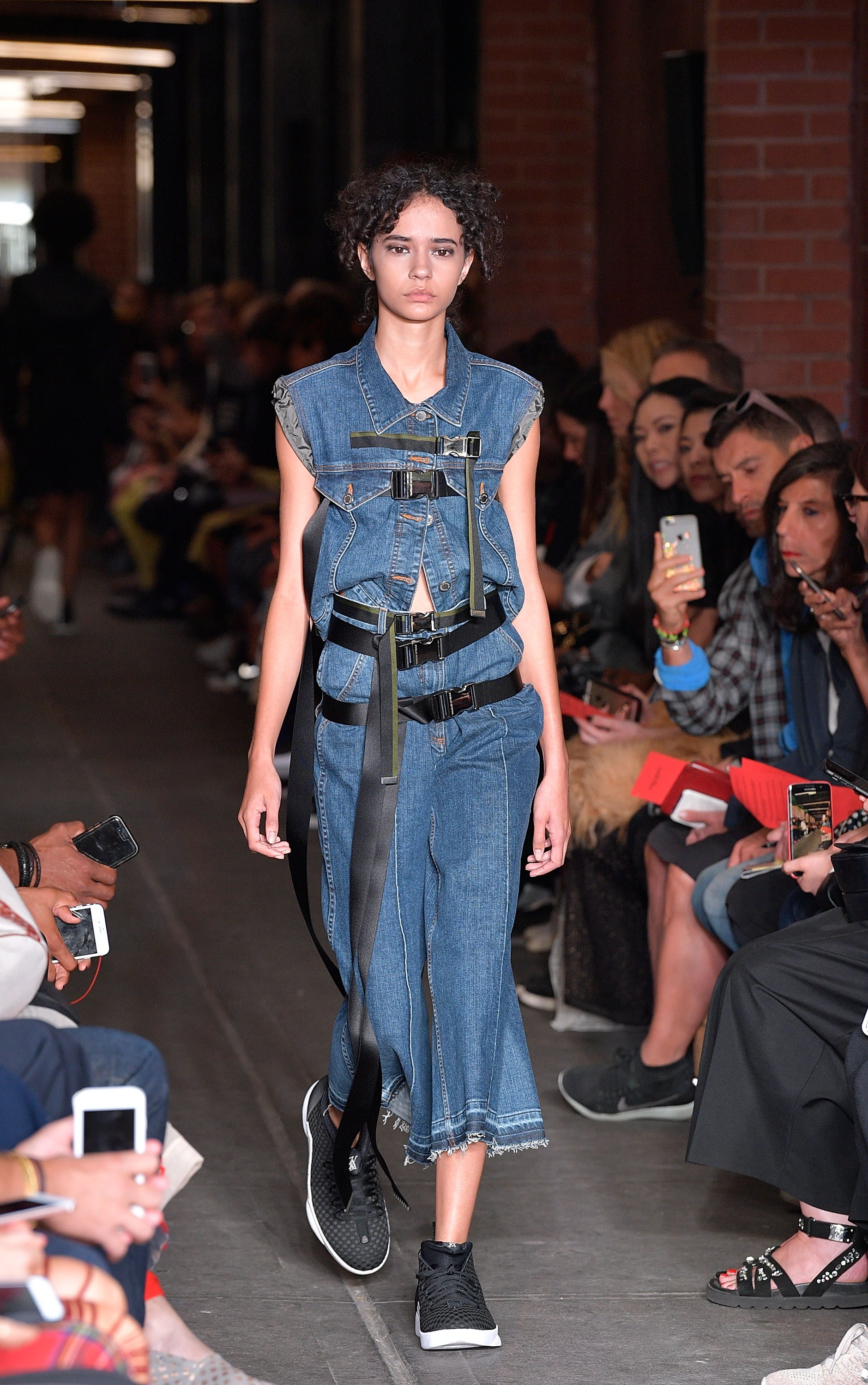 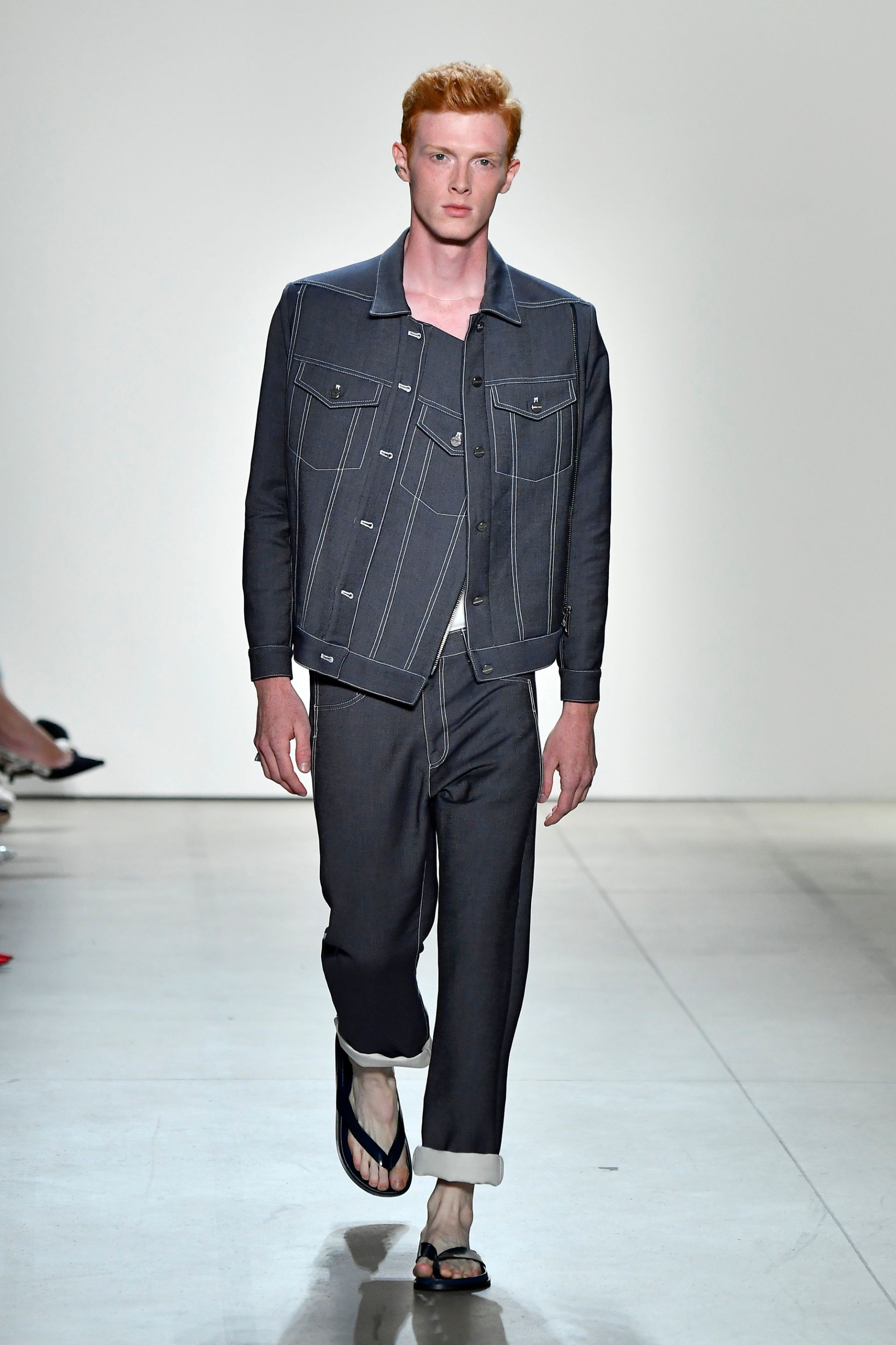 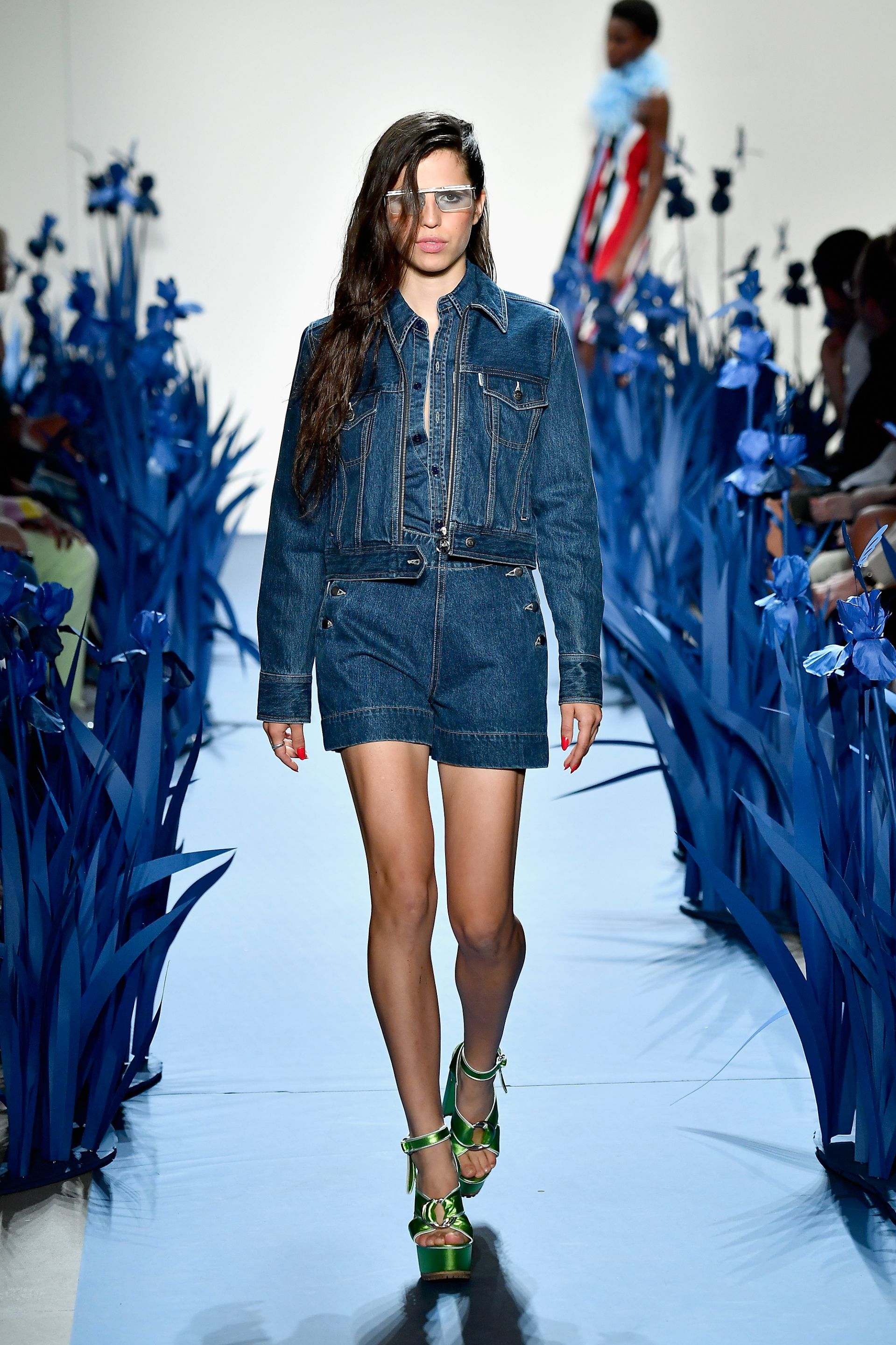 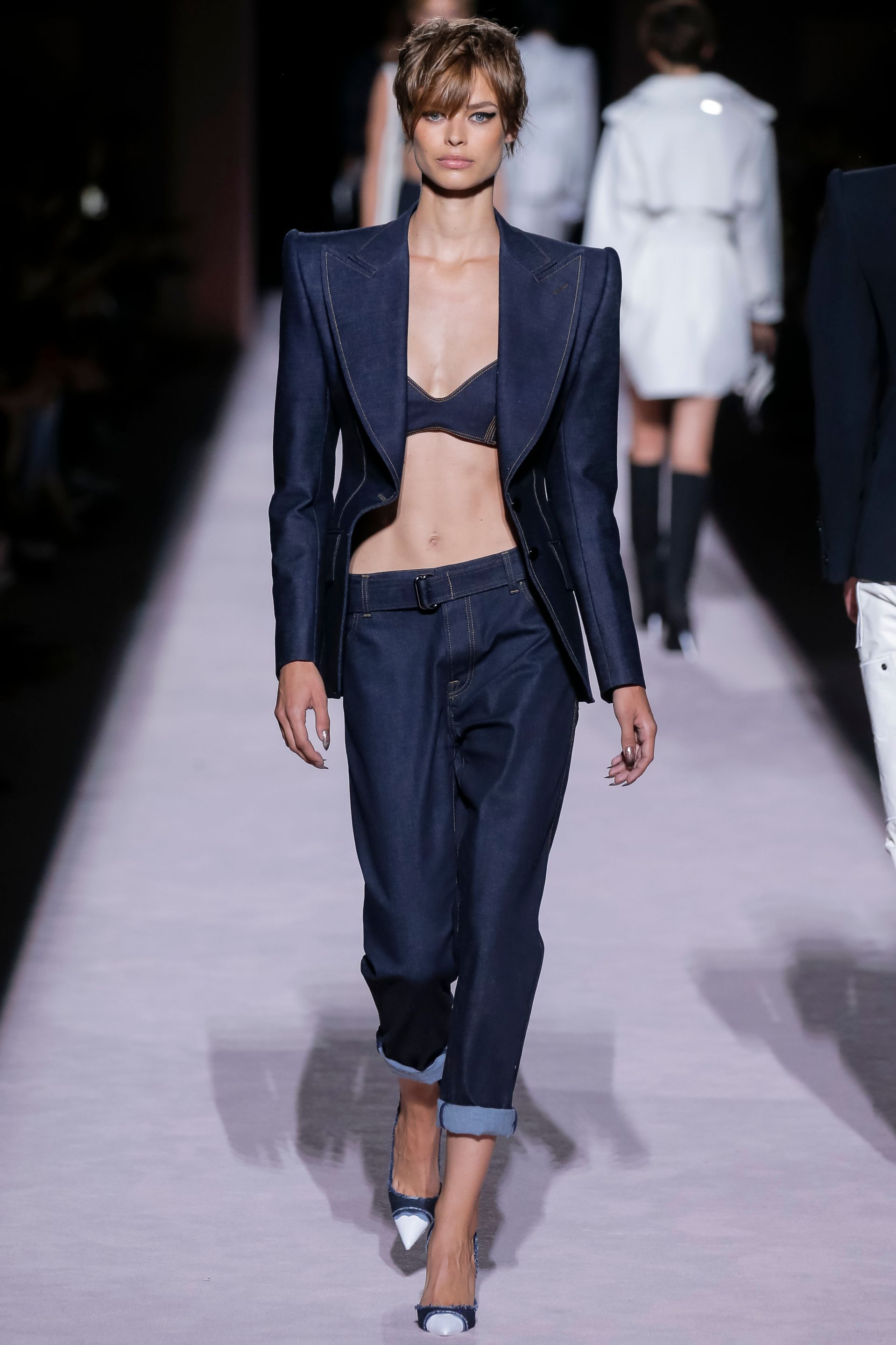 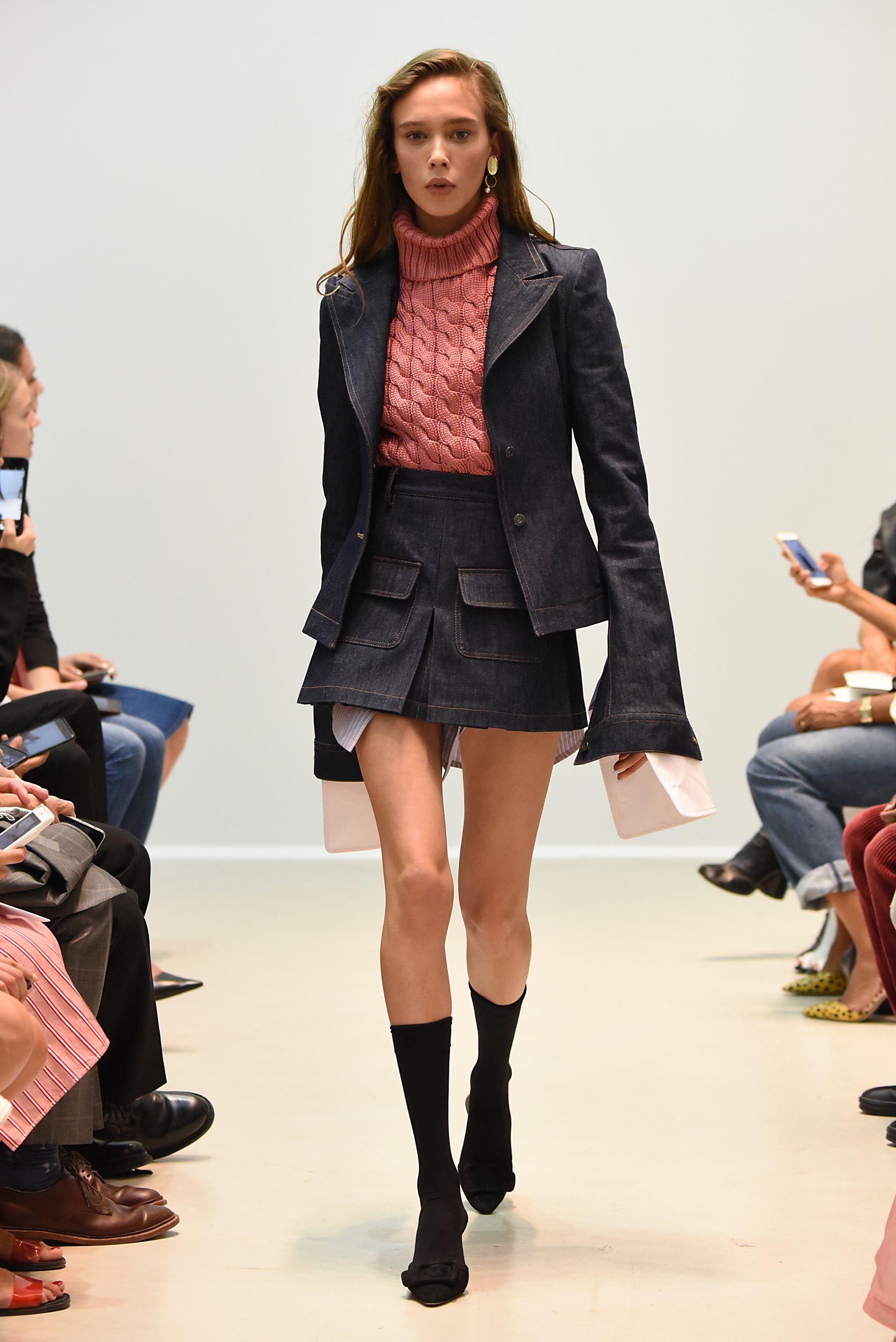 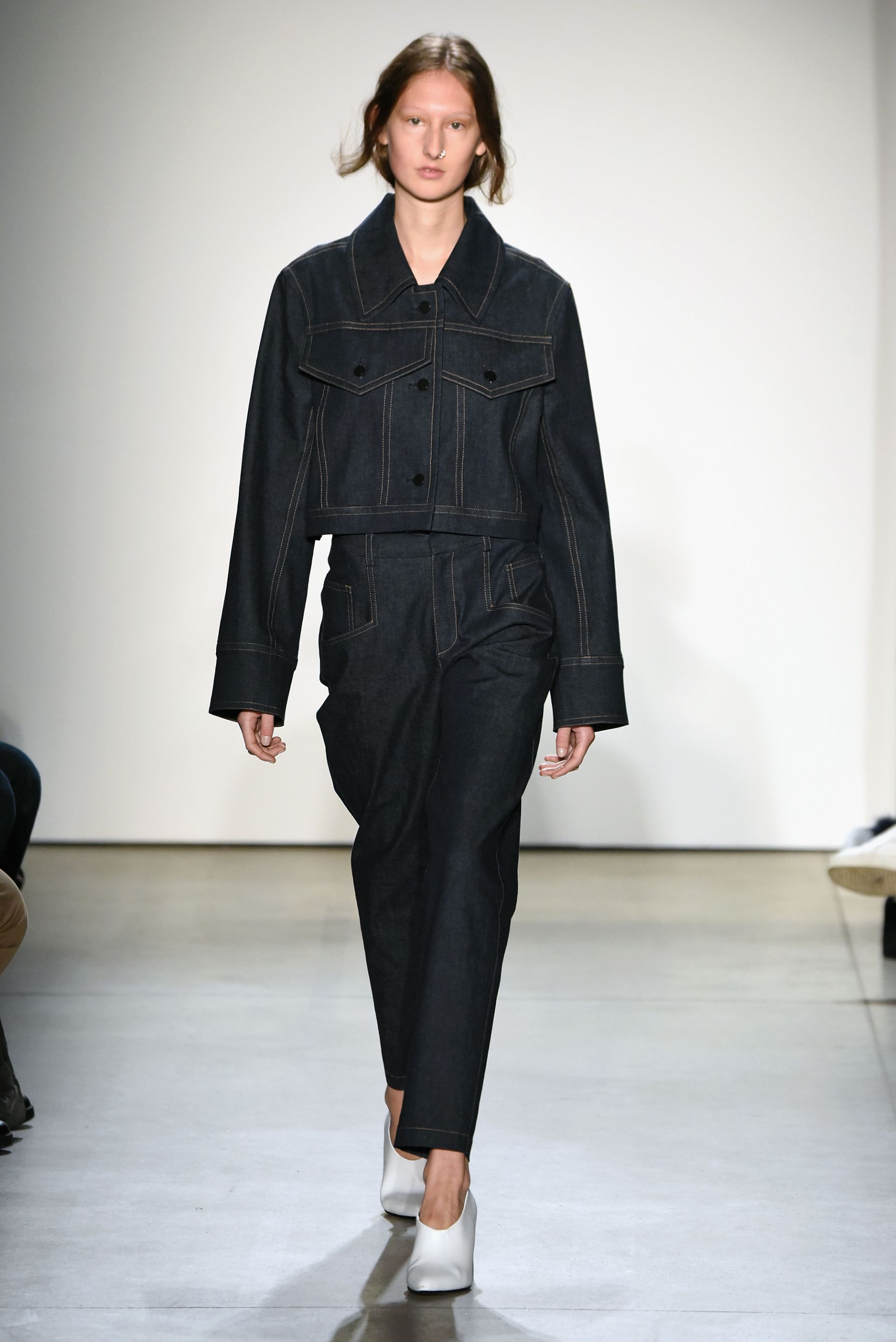 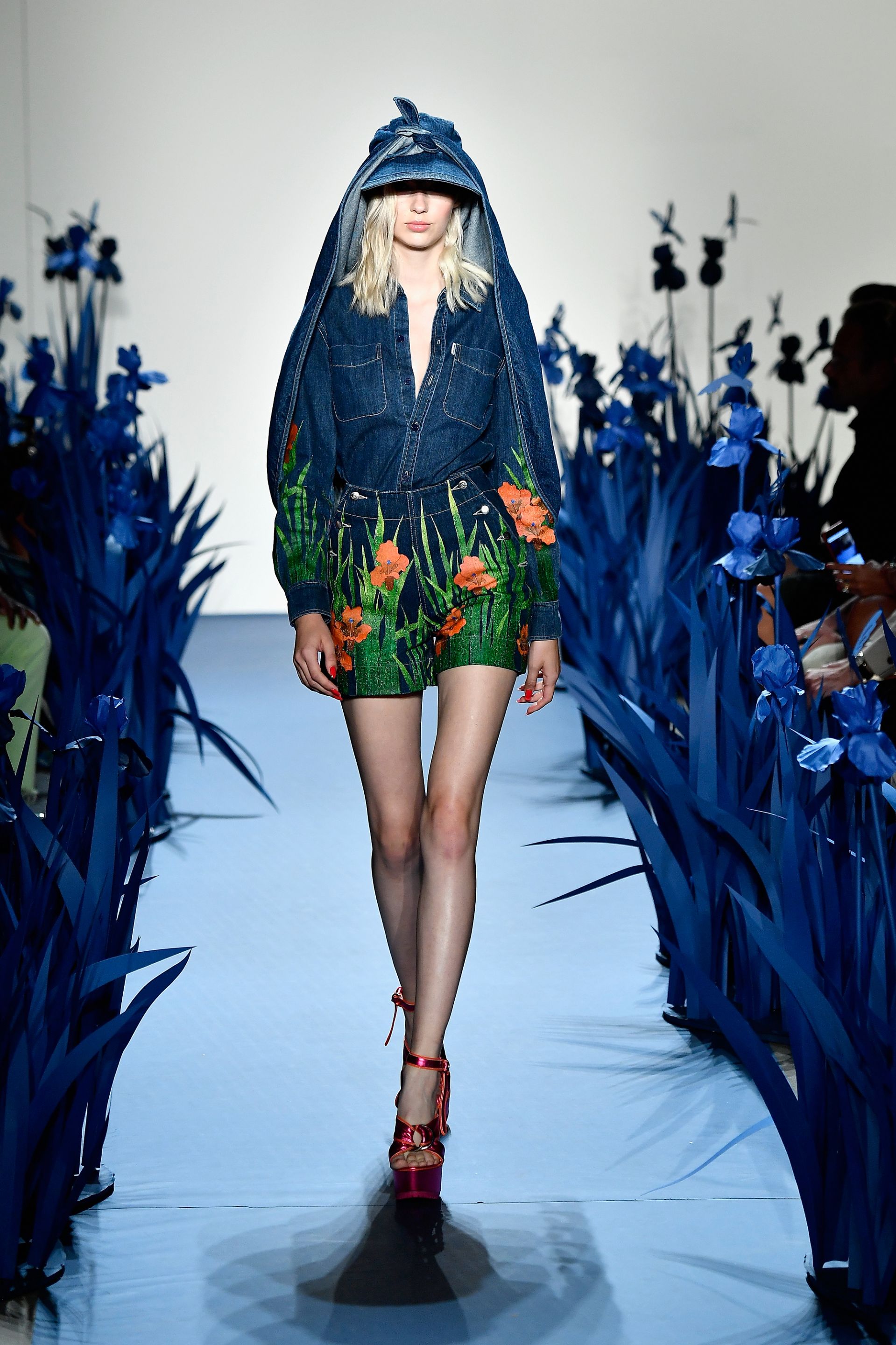 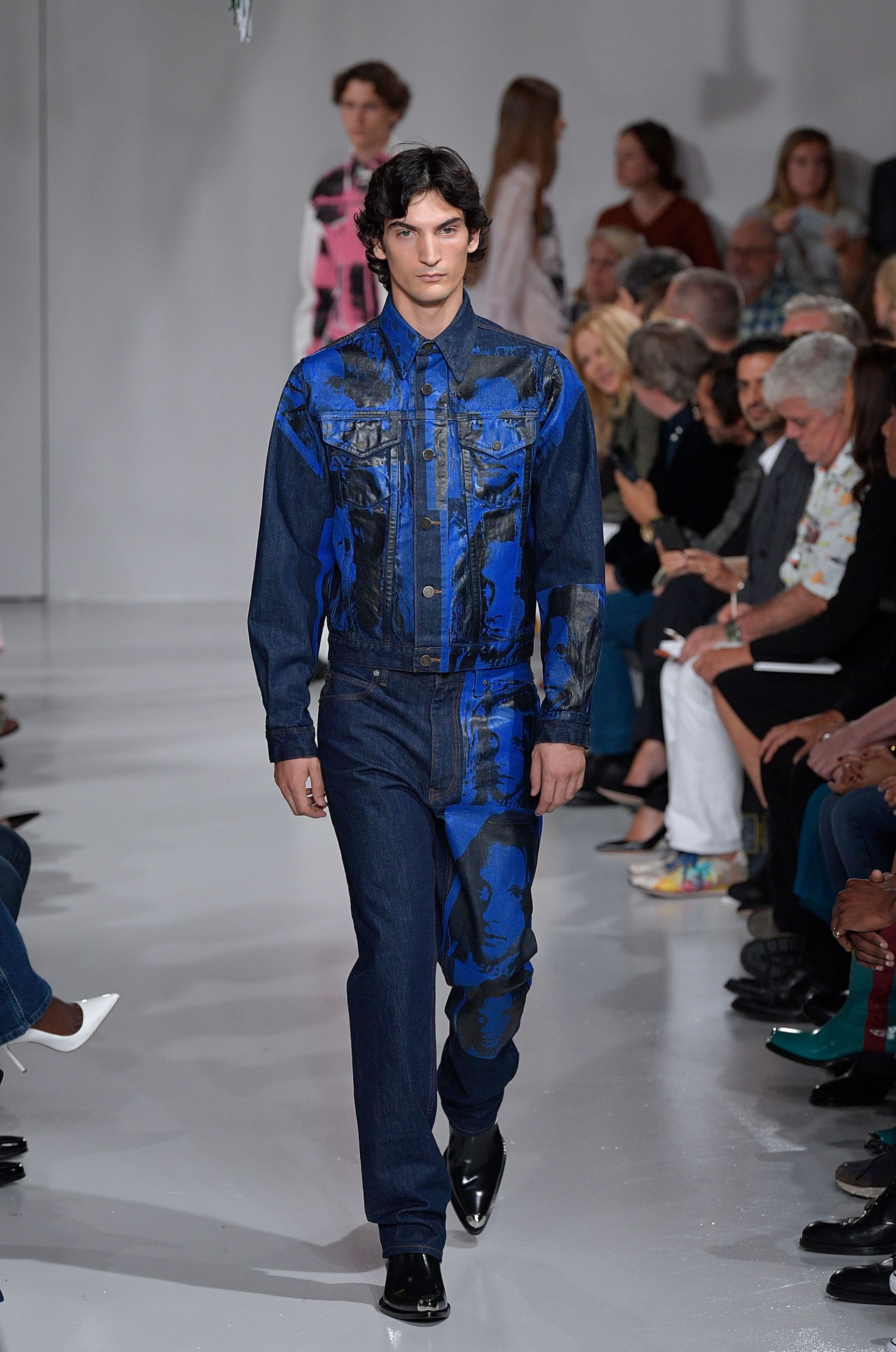 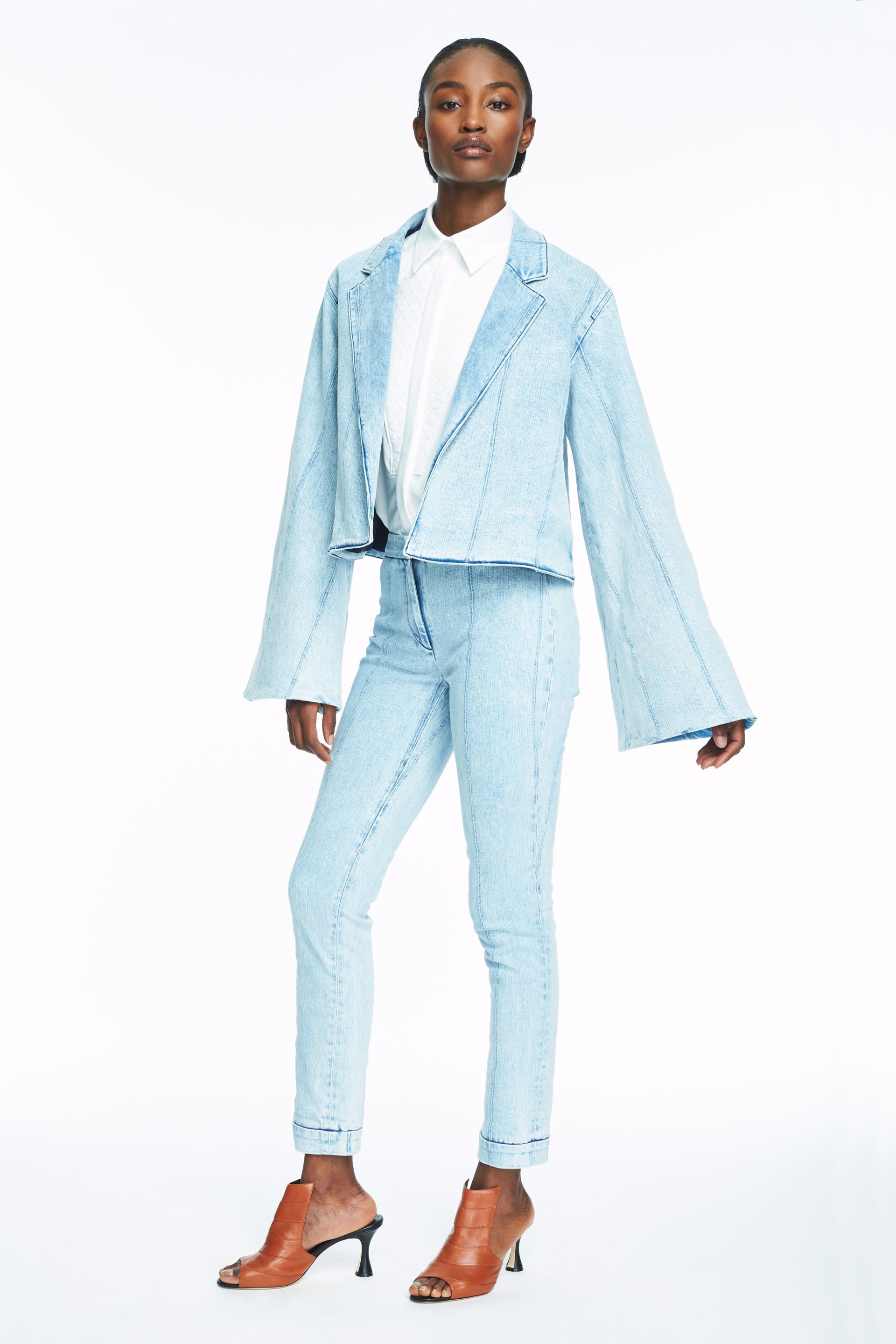 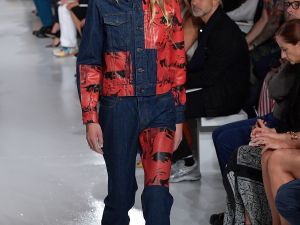 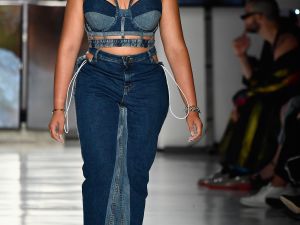 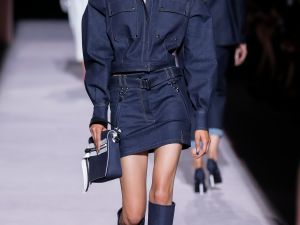 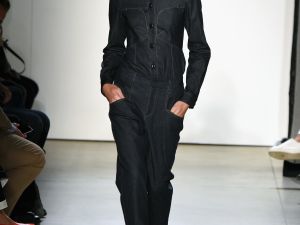 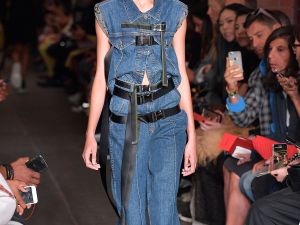 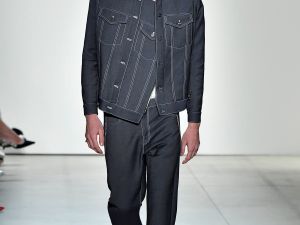 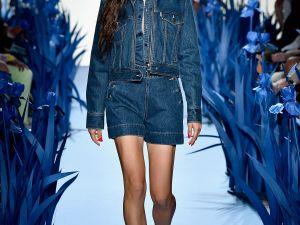 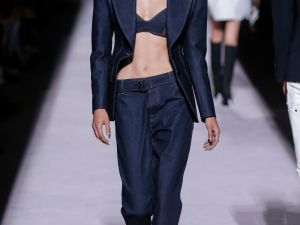 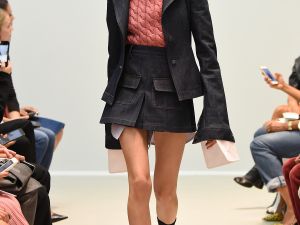 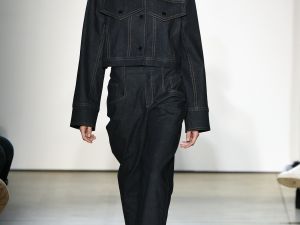 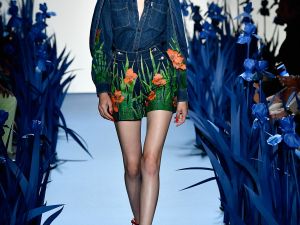 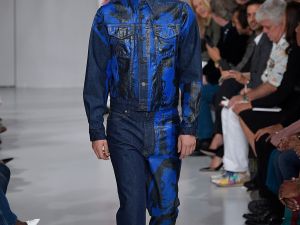 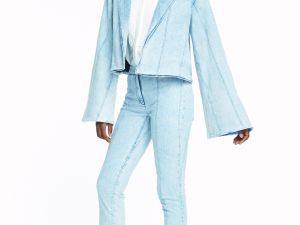 Prepare to channel Britney Spears and Justin Timberlake, circa the 2001 American Music Awards, because denim-on-denim Canadian Tuxedos have emerged as a top trend from New York Fashion Week.

These are not, however, your standard takes on head-to-toe denim. Consider Chromat’s version, which was modeled by Jordyn Woods, a rising model, DJ and also Kylie Jenner‘s BFF. The two-toned denim pants she wore were paired not with a shirt or a jacket, but an artfully crafted bustier bra, made entirely from denim and decorated with quite a few straps. At Tom Ford‘s pink hued show there were two options: a skirt suit option made from raw denim, replete with a voluminous sleeved jacket, and a more tailored pant suit, with a jacket featuring sharp and pointy shoulders.

For more cultured wearers of the Canadian Tux, check out Raf Simons‘ version, which debuted on the Calvin Klein runway. The double denim was accented by screen prints of artwork made by Andy Warhol; the range was a collaboration of sorts with The Andy Warhol Foundation for the Visual Arts. And for the slightly ironic school girl vibe, check out the skirt suit presented by NYFW newbie, Matthew Adams Dolan. The young designer (of whom Rihanna is a big fan) accented a smart denim blazer and sharp pocketed skirt with a pretty pink cable knit sweater. And at Adam Selman, the denim was delivered like a field of flowers—and with a creative hood, to boot.

Click through to see the best variations on the Canadian Tuxedo spotted on the New York runways.