In 1963, Dr. Martin Luther King Jr. was arrested in Alabama for waging a peaceful protest against segregation laws. While in jail, he penned a classic of American moral reasoning, which he titled Letter from a Birmingham Jail.

Last week, the United States Conference of Catholic Bishops made a statement about President Trump’s decision to end DACA. The statement called the cancellation of DACA “reprehensible.” This week the Pope weighed in, implying that the decision makes support for the president among Catholics unacceptable.

Some have suggested that these moral condemnations are not based on traditional teaching but on something more, shall we say, temporal. New York’s Cardinal Dolan responded that such claims were “preposterous,” “insulting,” and “ridiculous.”

Although the Catholic Church tends to avoid political battles in democracies, it claims a right to intervene when a policy is evil, and when support for that policy amounts to cooperation in evil.

DACA is an acronym that stands for Deferred Action for Childhood Arrivals.  It is an executive policy President Obama adopted in June of 2012, a few months before he would be nominated by acclimation to run against Mitt Romney for a second term.

Importantly, DACA is not a law. American immigration law says that if a person is not a citizen but wishes to enjoy unfettered work privileges, he must first make application for official status and receive the government’s approval.

DACA is the opposite of a law. It is a decision not to enforce immigration laws against the children of illegal immigrants.  They are allowed to cut in line and get work permits.

Although the “C” in DACA stands for “Childhood,” it is not specifically about children. It generally applies to the offspring of illegals, including people in their 30s who had made the decision to stay upon reaching adulthood.

Since 2001, there have been several attempts to pass the general provisions of DACA as a law, in a piece of legislation called The Dream Act. But those attempts failed, along with broader immigration reform.

In his 2006 autobiography, The Audacity of Hope, then Senator Obama summarized the reasons for these failures. He called immigration reform, “a sop to big business, a means for them to employ immigrants without granting them citizenship rights.” He noted that such reform, “threatens to depress further the wages of blue-collar Americans and put strains on an already overburdened safety net.”

Senator Obama voted in favor of immigration reform, but he understood the concerns of the those who didn’t as something other than “reprehensible.”

The introduction and failure of legislation in a democracy is a material point in any moral analysis. As Pope Francis himself has pointed out, “Yes, every country has the right to control its borders, who comes and who goes and those countries at risk—from terrorism or such things—have even more right to control them more.”

Here, President Obama decided, on his own—without Congress—to enact DACA by executive fiat. He did so as a political calculation during a presidential election, aiming straight at Hispanic voters in swing states.

The Constitution has no provision that allows the executive branch to enact legislation that Congress rejected. The Catholic Church, in fact, made skilled arguments against similar executive overreach in its various legal challenges to Obamacare.

Donald Trump won the presidency in large part because he promised to enforce immigration laws.  On January 20, 2017, he placed his hand on Abraham Lincoln’s bible in a public ceremony and took an oath to uphold the laws of the United States.

The Catholic Church strongly condemns the failure to follow an oath: “A false oath calls on God to be witness to a lie.” Does the Catholic Church propose in this instance that President Trump should have taken his presidential oath and then violated it by not enforcing American immigration laws?

You do not have to be a Cardinal of the church to know that the answer to this question is a firm, “No.”

The blue-collar Americans whom Senator Obama recognized as having a vital economic interest in immigration came out in force and voted for Trump.  Many of them were Catholics, and were called deplorable by Trump’s opponent. There is not much difference between the words deplorable and reprehensible. They convey the same disdain.

The “dreamers” of DACA have been sentimentalized by the media. Never sentimentalized, though, is the indigenous worker who cleans offices overnight as a second job, whose wages are kept low by a pool of cheap, illegal, labor. The same person whose schools and churches are closed without qualm as American bishops shift resources to wealthy suburbs.

Why, in any event, does the 35-year-old “dreamer” living illegally in New York City have a greater sentimental claim to legal status than the 15-year-old living in Mexico City, whose application has been stalled in the federal bureaucracy for years?

Under the moral rubrics of Dr. King’s Letter from a Birmingham Jail, President Trump had an obligation to enforce immigration laws.

Nothing in the teaching of any mainstream religion says President Trump was morally obligated to adopt the election-year demagoguery of the Obama Administration to not enforce the nation’s immigration laws against the offspring of illegal immigrants.

That the Chamber of Commerce and the Catholic Church failed in the legislative process to enact The Dream Act does not mean they get to nullify the votes of the poorest Americans by enacting their own preferences by executive fiat under a claim of moral superiority. 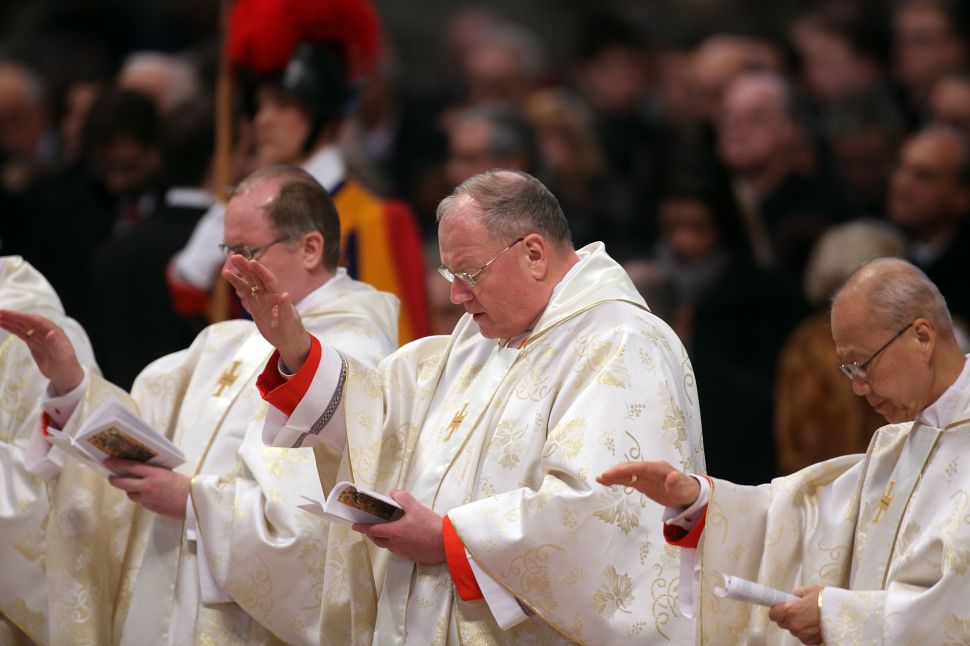