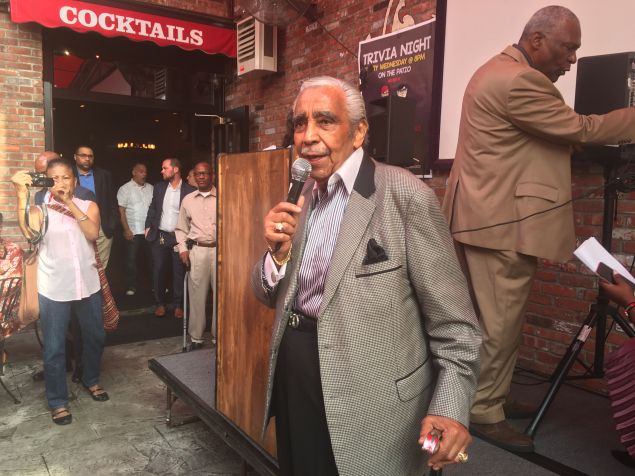 Retired congressman Charles Rangel thinks Gov. Andrew Cuomo will be one of the Democrats running to replace President Trump in 2020.

The governor has long maintained that he is focused on running for re-election in 2018. In a recent interview with MSNBC’s “Morning Joe,” he repeated that position but added that he is a “linear guy” and prefers to concentrate on “one thing at a time.”

In April, Rangel told Observer that he could not think of anyone “better qualified” than Cuomo for the position and said that while he did not “want to set him up as a target.” Sen. Kirsten Gillibrand — who has also been floated as a potential 2020 candidate —  said Cuomo would “be a great candidate.” State Assembly Speaker Carl Heastie also said he foresees Cuomo challenging Trump.

When asked whether there are any New Yorkers he thinks would make good 2020 candidates, Rangel told Observer on Sunday morning that “it’s too early but it’s no question that no matter what the mix is, Governor Cuomo would be included.”

During his first term, Cuomo carried out socially liberal policies such as the legalization of same-sex marriage and gun control. But he was also criticized by left-wing groups for his fiscal conservatism and butted heads with public employee unions. After his re-election in 2014, Cuomo implemented a minimum wage hike and a paid family leave program. He also unveiled infrastructure spending plans and a free public college tuition proposal.

But his second term saw some top aides and donors indicted on charges of bribery and rigging bids for economic development contracts, as well as reports of other significant state giveaways to his donors.

He has caught flak for not doing enough to get members of the Senate Independent Democratic Conference, a group of breakaway Democrats in a power-sharing agreement with Senate Republicans, to return to the Democratic fold — though he recently said that he supports the leadership of State Senate Democratic Leader Andrea Stewart-Cousins. And recently, he’s been sparring with Mayor Bill de Blasio on who should finance MTA Chairman Joe Lhota’s short-term proposal to fix New York City’s subway system. The MTA is a state-run agency.

Cuomo’s counsel, Alphonso David, was at the the African American Day Parade breakfast on Sunday to accept an award on behalf of one of the honorees. David blasted Trump for “endorsing police officers roughing people up” — a reference to a speech he made on Long Island to a group of law enforcement officers in which he called for “rough” treatment of individuals in police custody.

He called on people to “stand up” and make sure that they identify “those injustices” and be on “on the front lines.” He said that people’s rights are “elusive” and that people will lose them if they do not stand up to protect them.

“If those voices are not heard, all of the policies that we’re comfortable with, all of the protections and rights that we think we have are gonna dissipate,” he continued. “And then we will realize that the rights of equality, the equal protection of the law that we often think about, is just as elusive as we don’t actually realize.”

At the same breakfast, Rangel told Observer that the Trump administration is “really testing the strength of the republic” and that the United States “has never experienced a political disaster like this.” And during a brief speech at the breakfast, he called for unity in light of “what is going on in Washington.” 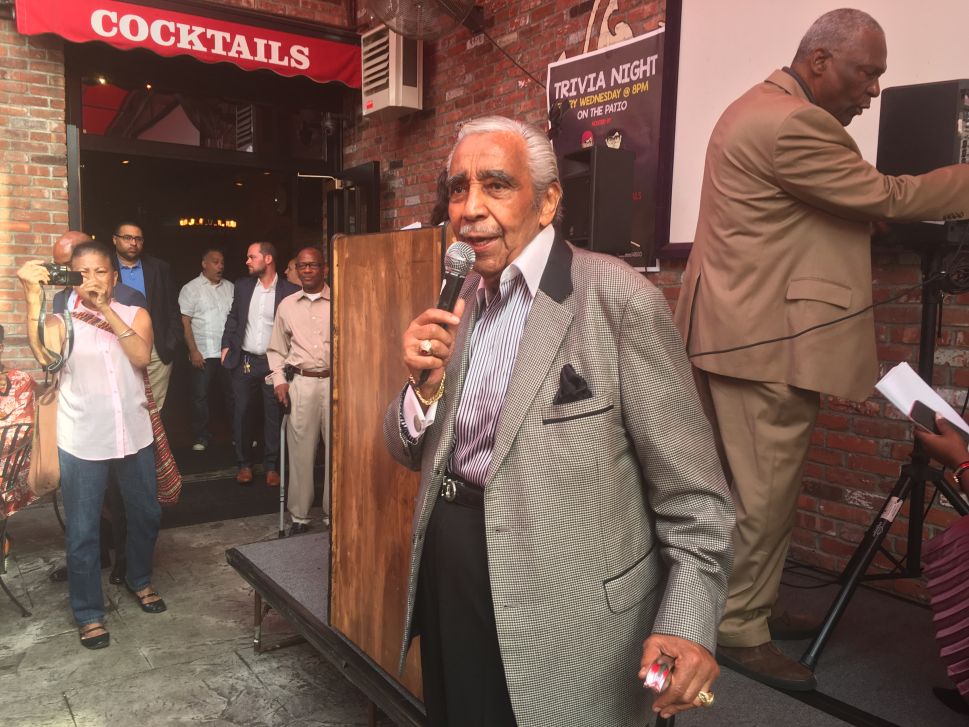