Climate change advocates rejoiced this year when 21 young Americans sued the federal government, including President Donald Trump. They alleged that federal agencies haven’t done enough to curb global warming and that their actions have made it worse. Several fossil fuel industry groups actually pulled out of the suit because they couldn’t convincingly argue that climate change isn’t real.

Now another band of pint sized activists is prepping a climate change suit—and this one could have international implications.

A group of Portuguese children is crowdfunding a lawsuit to sue 47 European nations, alleging that these countries have failed to tackle climate change and so threaten their right to life. The young people (ages five to 14) hail from Leiria, a region devastated by large forest fires that killed at least 60 people this summer.

Lawyers from the Global Legal Action Network (GLAN), a nonprofit fighting international human rights violations, are representing the children in their case, which would be heard in the European Court of Human Rights in Strasbourg, France.

The legal action will target 47 “major emitters” in Europe, including the United Kingdom, Ireland, Germany and France. These countries are responsible for about 15 percent of global emissions. GLAN’s attorneys want the nations in the suit to strengthen their emissions reduction policies and commit to keeping the majority of their existing fossil fuel reserves in the ground.

“Climate change poses a major and increasingly worsening threat to a number of human rights, and governments in Europe are simply not doing enough to address it,” lead counsel Marc Willers told The Guardian.

Researchers have linked the Leiria forest fires to climate change, pointing out that a heat wave in Portugal extended the wildfire season from two months (July and August) to five months (June to October).

GLAN is fundraising for the suit on CrowdJustice, a platform used specifically to fund legal action. In their pitch, the lawyers focus on the increasing amount of “devastating weather events linked to climate change,” including not only the Leiria fires but also Hurricanes Harvey, Irma and Maria.

The lawyers are asking for 20,000 pounds (roughly $27,000) by October 25 and have raised about 25 percent of their goal. Because CrowdJustice’s terms of use include an “all or nothing” policy, GLAN won’t receive any of the funds raised unless the campaign reaches its goal. The organization estimated that the case will cost about 350,000 pounds ($472,000) in total.

One silver lining for the Portuguese legal team is that similar cases have already held up in court. While a verdict hasn’t yet been reached in the American case, a Dutch court ruled in favor of 800 Netherlands residents who sued their government in 2015. The country must now cut its greenhouse gas emissions 25 percent by 2020. 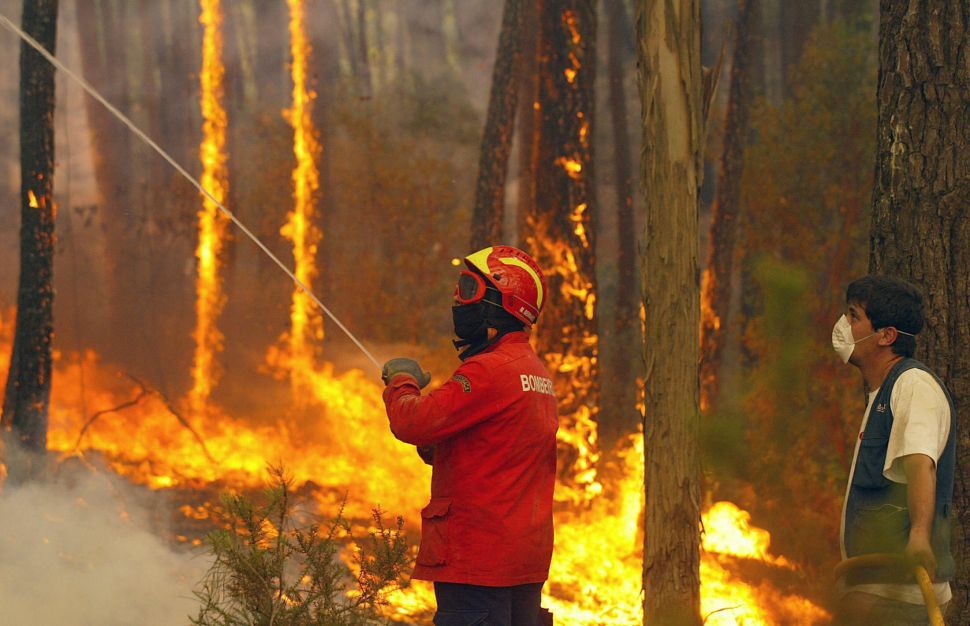