Hillary Clinton’s new book, What Happened, was released on September 12. Throughout the book she falsely characterizes her campaign’s own issues, and expands on criticisms and blame toward Bernie Sanders.

The “outrage primary” is how Clinton refers to the the race that eventually led to her securing the Democratic nomination for the 2016 election. “Bernie was outraged about everything. He thundered on at every event about the sins of the ‘millionaires and billionaires.’ I was more focused on offering practical solutions that would address real problems and make life better for people,” she said in the book. She cited the Flint Crisis as an example of their differing approach towards an issue—despite the fact that even Trump visited Flint more than she did during the general election. This attitude from Clinton demonstrates why she lost. Her blind spot in understanding income and wealth inequality made it apparent to voters that her candidacy offered nothing to change the status quo. She reiterated this attitude when invoking J.D. Vance, author of Hillbilly Elegy, and his elitist attitude toward Appalachia. “A culture of grievance, victimhood, and scapegoating has taken root as traditional values of self-reliance and hard work have withered,” she said, greatly minimizing the issues people in this area face, and the exploitation they’ve experienced from the coal industry and other corporations.

In continuing the Bernie bashing she feeds her most loyal supporter base, isolating his success to white voters in rural states of Iowa and New Hampshire—a bold criticism from someone who lives in the wealthy white suburb of Chappaqua, New York.

Clinton claimed the policies Bernie Sanders put forth during the primary race didn’t have homework to back them up. She complained that Sanders criticized her in the primaries for her campaign donations, professing that she also supported overturning Citizens United, but offered no explanation on why she chose to enable the ruling. Sanders’s ideas are more progressive than Clintons, so she resorts to reducing to intangible, “pie-in-the-sky” ideologies, despite the increasing popularity they are receiving from voters and Democrats.

Her daughter, Clinton said, was unfairly criticized for “politely” bringing up criticism against Bernie Sanders’s health care plan, but she omits the quote from Chelsea Clinton, knowing how inaccurate this characterization is. “She got absolutely hammered for it,” Clinton said. What Chelsea Clinton claimed was that Medicare for All would “empower Republican Governors to take away medicaid.” Politifact noted the statements “mischaracterized” Sanders’s plan. Now Sanders’s Medicare for All plan is receiving substantial support from Democrats in the Senate as he plans to introduce the bill, when just last year the proposal had little support from Democrats in office.

“Bernie acted as if he had a monopoly on political purity and that he had set himself up as the sole arbiter of what it meant to be progressive, despite giving short shrift to important issues such as immigration, reproductive rights, racial justice, and gun safety,” Clinton wrote. This entire claim is false and distorts her own record on these issues. Sanders immigration policies were more progressive than Clinton, who argued in 2014 that children who came into the country with their parents should be deported.

On racial justice issues, Clinton’s awful record speaks for itself. From using mostly black prison labor in the Arkansas Governor’s mansion for over a decade, to her infamous “super-predator” comments, to yelling at black lives matter activists during her campaign, her arrogance and entitlement was clear to voters. In September 2016, the New York Times published the article, “Young Blacks Voice Skepticism on Hillary Clinton, Worrying Democrats.” Politico reported on November 1, “Weak early voter-turnout among African-Americans hurts Clinton in Florida.” On November 20, the New York Times reported on those who didn’t vote in Wisconsin. “Many in Milwaukee Neighborhood Didn’t vote-and Don’t Regret it, the headline read, featuring a quote from a black barber who said, “I don’t feel bad. Milwaukee is tired. Both of them were terrible. They never do anything for us anyway.” The Hill reported in May 2017 that “voter turnout among black voters fell almost seven percentage points, to 59.4 percent, the Census figures show—after hitting an all-time high of 66.2 percent in 2012.”

On reproductive rights, Sanders’s stance was more progressive, as seen during a Fox News Town Hall during the primaries. Clinton favored late pregnancy regulations and other restrictions on abortion, while Sanders noted the decision should solely be made by “the woman, her physician, and her family.”

On gun safety, Clinton changes her political stance on the issue depending on the audience. Clinton and her surrogates disgracefully exploited the issue to imply Bernie Sanders was responsible for Sandy Hook, while she had approved a $4 million sale for Remington Arms, the gun manufacturer of the AR-15 used in that shooting, during her time at the State Department. Some of Clinton’s most prolific donors run investment firms with over $1 billion in investments in gun companies.

In the book and in a recent interview, Clinton said she felt Bernie Sanders didn’t drop out of the primary soon enough, and that his eventual support of her campaign was inadequate. In 2008, Clinton dismissed calls to step out of the race by invoking Robert F. Kennedy’s assassination, a comment that would end some political careers. Clinton tried to flip super delegates against Obama, calling them personally when she fell behind in primary delegates. But in 2016 she complained that supporters of Bernie Sanders didn’t fall in line behind her, when 25 percent of her 2008 primary voters chose to support Republican nominee John McCain over Obama.

Despite the broad criticisms of Bernie Sanders in her book, she is more than happy to praise his comment during the first primary debate that people should stop primarily focusing on her private email server, misconstruing them into a defense that the FBI and State Department investigations were frivolous in nature.

What Happened isn’t a memoir, rather it’s historical propaganda reinforcing the notion among Clinton supporters that she didn’t lose the election, it was taken from her. 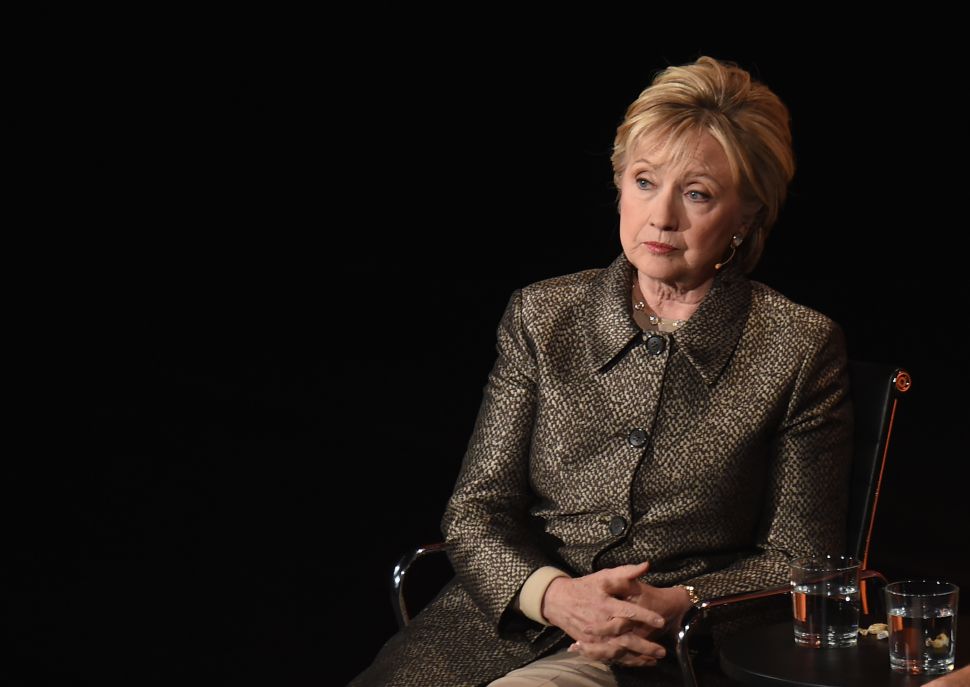