A statue of explorer Christopher Columbus in Central Park was found vandalized on Tuesday morning, adding fuel to an already contentious debate among New York City elected officials over whether Columbus statues should remain in place.

Red paint was smeared on the hands of the statue — located near East 66th Street near the southeast corner of Central Park — and graffiti at the bottom of the statue stated, “Hate will not be tolerated” and “#Somethingscoming,” according to NBC New York. Parks workers subsequently cleaned up.

This marks the third Columbus statue in New York to be vandalized — the others were in Queens, which contained graffiti as well as a beheaded statue in Yonkers.

City Council Speaker Melissa Mark-Viverito has called for the statue of Columbus —  known for discovering the Americas while sailing for Asia, but for aggressive actions to colonize and oppress Native Americans — in Columbus Circle to be reviewed. Mayor Bill de Blasio has not said whether it should be removed, but his spokesman previously told Observer that the statue would “get very immediate attention.”

Public Advocate Letitia James has said the statue should stay put, and a group of Italian American leaders — led by Staten Island Councilman Joseph Borelli — held a rally outside City Hall to protest discussions of possibly removing the statue.

Staten Island Assemblywoman Nicole Malliotakis, the presumptive GOP nominee, for her part, appeared to blame the the mayor and the speaker for the incident. She has said she would keep the statue if elected mayor.

Borelli mentioned the incident on his Twitter page, but did not make any comments about de Blasio or Mark-Viverito.

Incredible. The #Columbus statue inside Central Park (near 65th st) has been vandalized. #NYPD is investigating. (Old photo) pic.twitter.com/NMCDflo2F0

Robin Levine, a spokeswoman for Mark-Viverito, condemned the attacks.

“Vandalizing and defacing public property is unacceptable and does nothing to facilitate necessary conversations about New York City’s historical monuments,” Levine said in an emailed statement.

But Eric Phillips, a spokesman for de Blasio, told the Wall Street Journal that the mayor disagrees with the incident and dismissed any assertions that he encouraged it.

“The mayor thinks vandalism is wrong and never the right approach to these conversations or monuments,” Phillips  “Any suggestion otherwise is silly.”

Last week, de Blasio announced the 18 members of the commission that will review the city’s statues, arts and monuments.

The commission will share its recommendations by the end of this year, which will be posted publicly on the city’s website, along with a description of the mayor’s final decision. Darren Walker, president of the Ford Foundation, and Tom Finkelpearl, commissioner of the Department of Cultural Affairs, will co-chair the commission.

In August, white nationalist and alt-right groups hosted a “Unite the Right” rally to protest Charlottesville’s decision to remove a statue of the confederate general Robert E. Lee.

James Alex Fields Jr., a 20-year-old Ohio resident, drove his car into a crowd of counter-protesters and killed Heather Heyer, a 32-year-old Charlottesville resident and paralegal, and injured another 19 other individuals.

The violence in Charlottesville has precipitated a movement across the country looking to take down statues, monuments and markers bearing the names of Confederate generals, including in New York City. 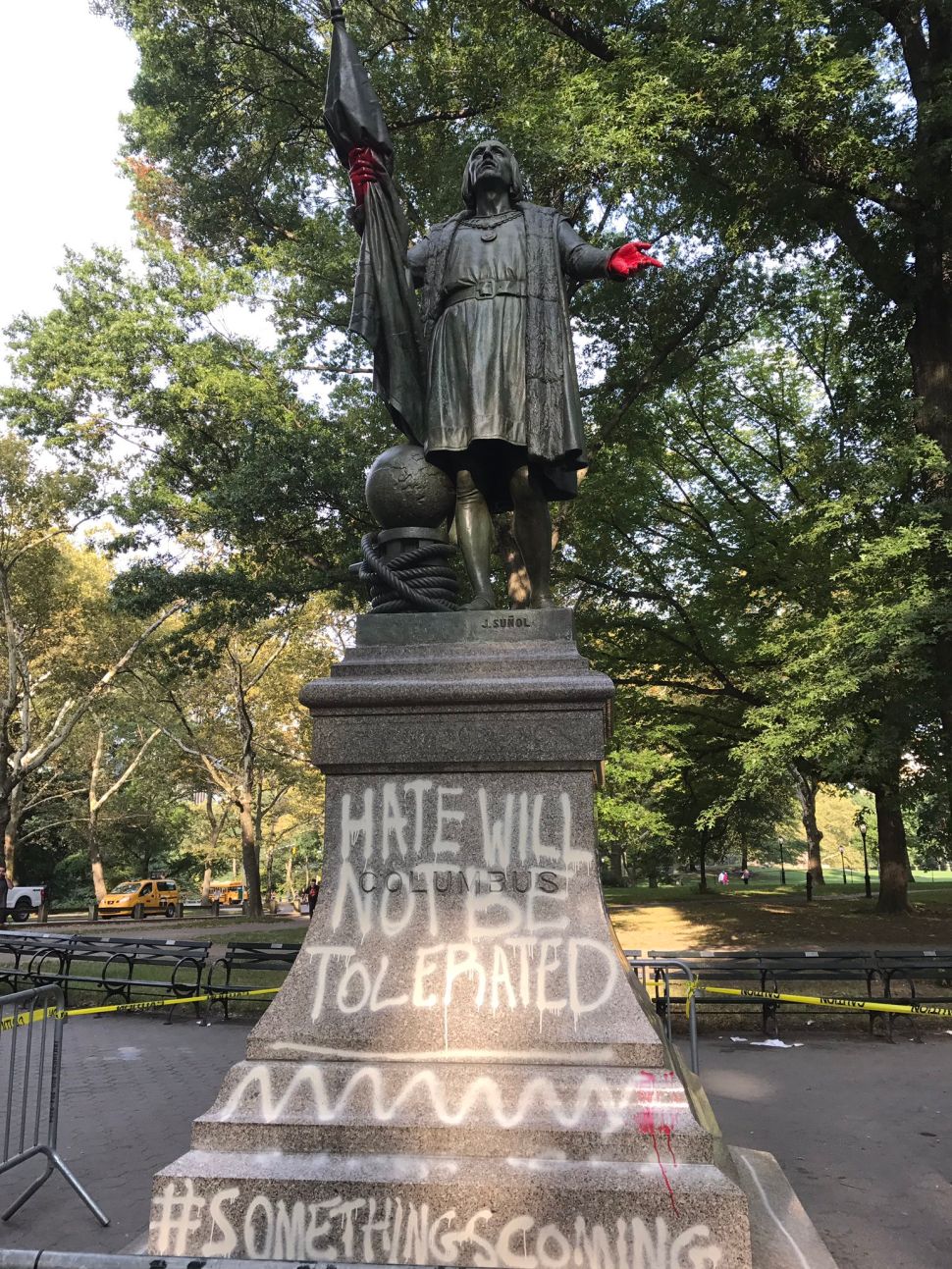