The Democratic Party’s leadership is clearly beholden to the political center and the interests of their wealthy donors—as is evident from their lack of support for the Medicare for All bill. Democrats in the House and Senate are increasingly coming out in support of the Medicare for All bill, which Bernie Sanders is set to introduce on Wednesday afternoon. But instead of riding this wave of progressive support and the popularity of Medicare for All to draw a significant contrast against Trump and the Republican party, Democratic Party leaders are obstructing its momentum.

House Minority Leader Nancy Pelosi, D-Calif., recently reiterated she will not support Medicare for All, claiming she is opting to preserve the Affordable Care Act. She has made similar comments in the past, including a hypocritical claim earlier this year in which she said, “The comfort level with a broader base of the American people is not there yet. It doesn’t mean it couldn’t be. States are a good place to start.” Pelosi hasn’t supported single-payer healthcare in her home state of California either, nor has she ever co-sponsored a Medicare for All bill in the years since Congressman John Conyers, D-Mich., began introducing it in 2003. The comfort level with the American People is there, the discomfort lies with Democrats so beholden to their donors on this issue that they won’t even bring themselves to co-sponsor legislation. They are laboring under the false pretense that doing so will expose flaws in the Affordable Care Act. Meanwhile polls and surveys increasingly show most Americans support Medicare for All, and that support has surged in the past year.

The best way to preserve the Affordable Care Act, until an improved system replaces it, is to support Medicare for All to provide healthcare as a right to all Americans. Pelosi is not alone in her rejection of Medicare for All. Senate Minority Leader Charles Schumer, D-N.Y., House Democratic Party Whip Steny Hoyer, D-Md., DNC Chair Tom Perez and Democratic Congressional Campaign Committee Chair, Congressman Ben Ray Lujan, D-N.M., are also holdouts against the bill. Only Democratic Caucus Chair Joe Crowley, D-N.Y., and Assistant Democratic Leader James Clyburn, D-S.C., have signed on as co-sponsors to to the bill, while the top leader of the Democratic Party continue to treat the policy as a nuisance.

These establishment Democrats need to get on board for Medicare for All, or get out of office. Progressive policies like this are becoming mainstream, and a surge in popularity for this policy is a testament to the success progressive activists are finding in the wake of Trump’s Presidency to fix the Democratic Party so as to represent voters’ interests, not wealthy donors. Progressives are underrepresented in the Democratic Party, especially in the party’s leadership, with some of the most moderate Democrats  occupying top positions. Their leadership has dragged the Democratic Party into the ground over the past decade. Pelosi, Schumer, Hoyer, and Lujan are relics of a Democratic Party that embraces stagnancy and preserves the status quo over change. 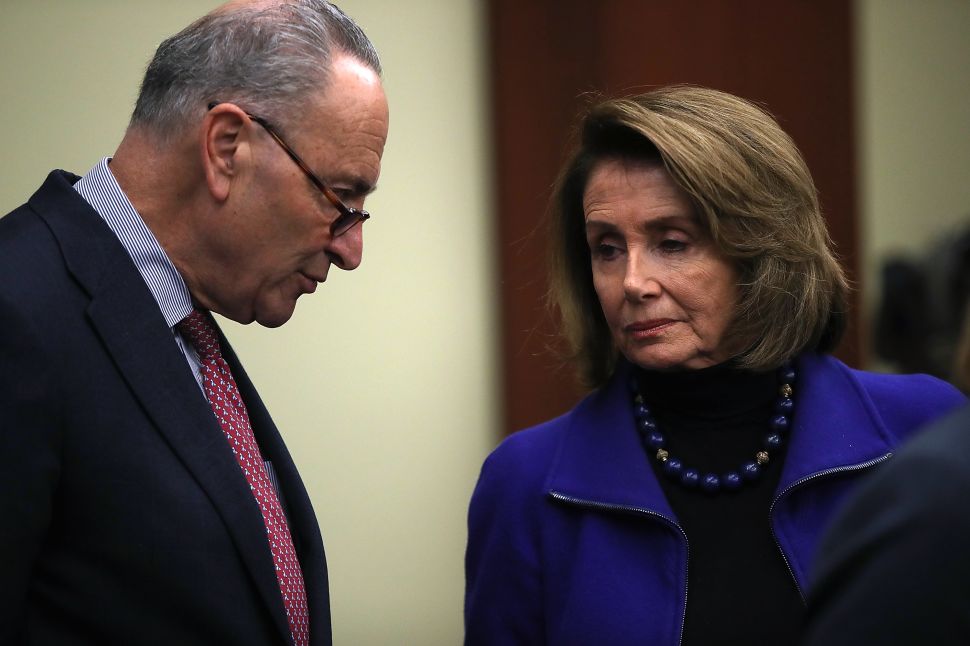