There are several things. The most obvious, of course, is that they all were presidents of the United States. They also were despised vehemently by their opponents and savagely maligned by their foes.

Yes, even Washington, the father of his country, and Lincoln, revered today by all but the most diehard of Confederate apologists, suffered tremendous abuse by their adversaries and the press during their presidencies. Near the end of Washington’s presidency, famed pamphleteer Thomas Paine wrote of his former friend that “the world will be puzzled to decide whether you are an apostate or an impostor; whether you have abandoned good principles, or whether you ever had any.” Lincoln suffered savage attacks from his foes who called him a coward, an idiot, a dictator, a “yahoo,” a “prairie primitive,” an “awful, woeful ass” and even a gorilla, and his now-famous Gettysburg Address was mocked by contemporary media accounts as “silly” and “dull and commonplace.”

Washington and Lincoln often were troubled deeply by the ferocity of their foes’ attacks, but Roosevelt welcomed a good scrap. Seeking his second term, Roosevelt taunted his haters in a speech at Madison Square Garden a few days before the 1936 election. FDR stuck his chin out and told his corporate and Republican opponents to take their best shot.

“Never before in all our history have these forces been so united against one candidate as they stand today,” Roosevelt said. “They are unanimous in their hate for me—and I welcome their hatred.”

Roosevelt had ample reason for confidently goading his enemies. His campaign manager had predicted the president would win every state but Maine and Vermont—which were both staunch Republican bastions in those days—and the prophecy proved accurate three days later. Roosevelt crushed his Republican opponent, Kansas Gov. Alfred Landon, outpacing Landon by more than 24 percentage points in the popular vote (60.8%-36.5%) and rolling up an astonishing 523-8 margin in the Electoral College, a record 515-elector spread that stands to this day. (A Roosevelt supporter soon afterward placed a sign on the Maine-New Hampshire border that read: “You Are Now Leaving the United States.”)

Perhaps at this point of the story, you have figured out the other important thing that all the aforementioned presidents, reviled bitterly and intensely by their foes, have in common: They all got reelected.

Some of them, such as FDR and even Nixon (of all people), won smashing victories with more than 60 percent of the popular vote and losing only one or two states. (FDR, in fact, won reelection three times, and while he never equaled his smashing 1936 victory, all four of his wins were by huge margins, the likes of which nobody has seen in America since the Reagan presidency.) Except for George W. Bush, who won his second term narrowly, every one of these presidents who suffered the sizzling-hot enmity of their detractors won reelection by comfortable margins.

Being hated is far from fatal in American politics, and this is a lesson that opponents of Donald Trump must take to heart. The energy spent maligning him at every turn is not going to move the needle. His supporters, even if they number less than 40 percent of the public, will just dig in even harder. And liberals should take no comfort in Trump’s poll numbers, which frankly are not much worse than they were on November 8, 2016.

Just because people don’t like somebody doesn’t mean they won’t vote for him. Americans didn’t like Trump much better nine months ago than they do now, but 46 percent of the voters—and crucially, a slim plurality of them in the key states of Florida, Pennsylvania, Michigan and Wisconsin—held their noses and voted for him anyway.

So if you’re counting on hatred of Trump or his poor approval ratings to sink him sometime between now and a second term, think again. And while you’re thinking, it is useful to consider the cases of presidents who have failed to win reelection.

There aren’t that many in recent memory. The back-to-back-to-back two-term presidencies of Clinton, Bush and Obama marked the first time that three consecutive presidents served two terms each since 1825. Since 1932, only Gerald Ford, Jimmy Carter and George H.W. Bush have failed to win reelection. None of them were especially hated by their foes.

But in each case, there was a general consensus among the public that these presidents were not equal to the challenges they faced. Ford, weighed down by his post-Watergate pardon of Nixon and by rampant inflation, lost narrowly to Carter in 1976. Carter, in his turn, went down in the face of economic stagnation and the Iran hostage crisis. And Bush fell victim to a recession and a perception that the blue-blooded New England native was out of touch with everyday Americans.

There was another crucial factor in all three losses: each of these presidents faced a primary challenge from either the right or left wings of their respective parties. Ford barely edged out Reagan in a dramatic Republican nominating contest that went all the way to the 1976 GOP convention. Carter had to beat back a stiff and divisive challenge from Senator Ted Kennedy in 1980. And Bush, though never seriously endangered for the 1992 Republican nomination by conservative commentator Pat Buchanan, nonetheless took on damage from that contest that hurt his chances in a three-way race that fall against Clinton and independent billionaire Ross Perot.

Liberals cannot control whether Trump will face a primary challenge in 2020, but what they can control is how they try to turn public opinion decisively against him. History shows us that it isn’t presidents who are hated who lose reelection. Instead, the presidents who lose are the ones who are perceived as not being up to the task.

It doesn’t matter how many people despise Donald Trump, or how much enmity they have for him. A president loses reelection not when people hate him, but when they feel a little sorry for him.

In short, Democrats should focus on Trump’s incompetence, not his character, if they want to defeat him next time. Hillary Clinton focused on his character, and that’s why he is president today and she is not. 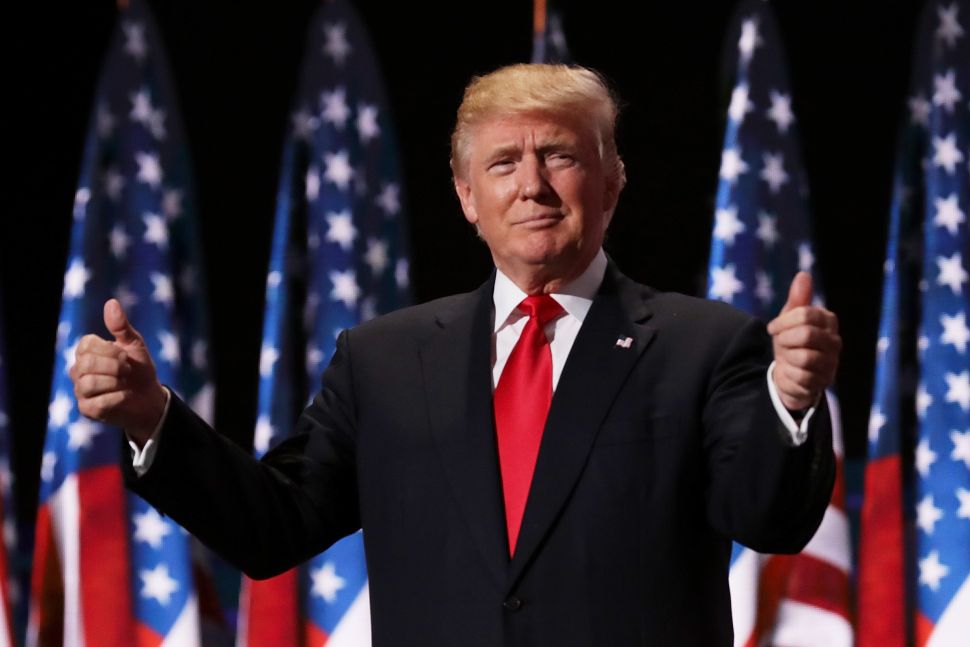