In Alabama, the Democratic candidate to fill Attorney General Jeff Sessions’ vacant Senate seat is receiving little help from the national party. Politico reported on September 1, “While Jones would seem to be a perfect candidate for the post-Charlottesville moment—he’s a 63-year-old former U.S. attorney who prosecuted the pair behind the 1963 16th Street Baptist Church bombing in Birmingham—national Democrats have largely ignored him.” The article cited that several Democrat-leaning organizations, like Daily Kos and the End Citizens United PAC, that supported special election congressional candidate Jon Ossoff in June 2017 have refrained from supporting Jones.

A similar trend is taking hold nationwide. Despite DNC Chair Tom Perez‘s promises of developing a 50 State Strategy, the national Democratic Party is continuing its abandonment of regions that have historically voted for Republicans. Sen. Bernie Sanders and progressives have filled this void in many parts of the country, boosting special election congressional candidates in Kansas and Montana earlier this year who received little support from the national Democratic Party. But Democrats can’t expect progressives to pick up the slack for the entire party, which faces an uphill battle in recouping the enormous losses incurred under the Obama administration.

In a Florida special election for State Assembly in a district that Hillary Clinton won, Republicans have poured cash and resources into four different candidates. Only one Democratic candidate has emerged, and he has received virtually no support from the state or national Democratic Party. The Orlando Sentinel reported, “This, my friends, is why Democrats are chronic losers in this state… because they don’t compete.” Democrats haven’t won a statewide election in Florida since Sen. Bill Nelson won his 2012 election, and in 2018 he faces a tough re-election battle—even though Florida has more registered Democrats than Republicans. Democrats’ solution was to elect a billionaire donor, Stephen Bittel, to run the State Democratic Party. In his first year in office, he faced calls for his resignation after he accused prominent black elected officials of using the “race card.”

In April 2017, a race in Wisconsin for a 10-year term to the State Supreme Court went uncontested by Democrats.

In Alaska, Democrats recently suffered a set back when Lieutenant Governor Byron Mallott announced he would be running for re-election in 2018 as an independent with incumbent Gov. Bill Walker, who Democrats in the state supported in 2014.

Ohio Democrats have complained about how disconnected the national Democratic Party is from the rest of the country. The Washington Post reported in April 2017, “In more than a dozen interviews, party leaders across Ohio—from local precinct captains to the handful of Democrats who remain in Congress—said they are deeply worried.”

The Democratic Party can’t expect to be perceived as the party of the people while they won’t bother to try to represent people in areas of the country they’ve written off as Republican territory. Allowing Republicans to go unchallenged in states where they have been traditionally dominant allows them to dedicate their resources on competitive areas. The Democratic Congressional Campaign Committee (DCCC) argued that sometimes it is best to stay out of elections, which directly contradicts the 50 State Strategy promise: “There are just certain races where it is not helpful to be attached to the national D.C. Democrats. It is the calculation you make in even the most competitive swing district,” Meredith Kelly, the communications director for the Democratic Congressional Campaign Committee told the Huffington Post in April 2017.

This statement is reminiscent of the Clinton campaign’s mistake of ignoring Wisconsin and Michigan during the 2016 election. By assuming that some areas of the country are foregone conclusions, Democrats dig their own grave with apathy and hopelessness. Unfortunately for Democrats, voters have taken notice. 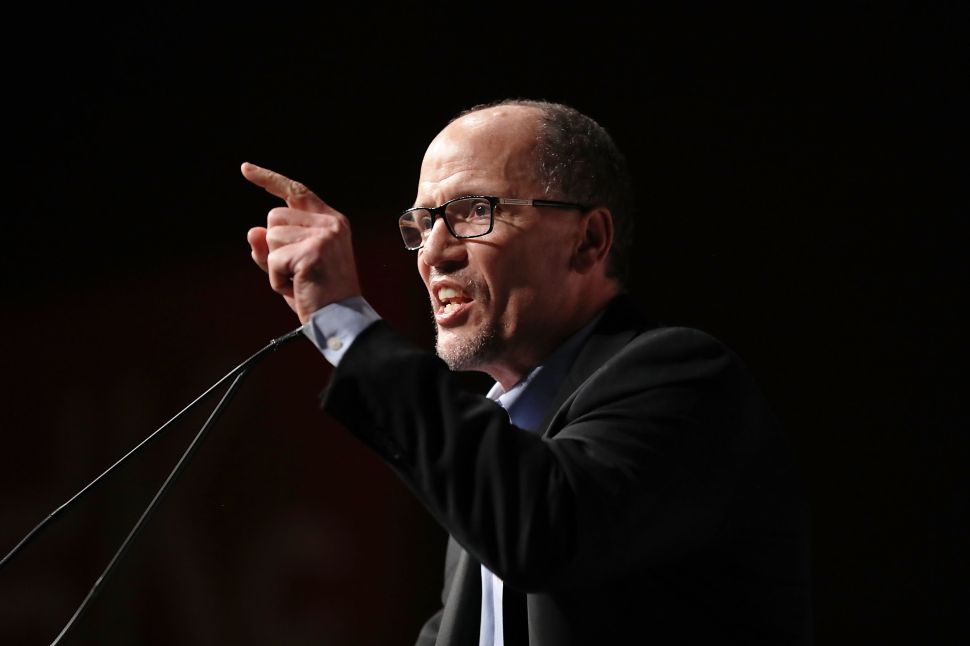