Hillary Clinton wrote a whole book entitled What Happened, which purports to explain why she lost the 2016 election to political newcomer Donald Trump. Instead, she inadvertently revealed that she doesn’t know what happened or why.

And neither does any other active Democrat. They are all missing the biggest clue as to what happened.

It wasn’t just Hillary who lost in 2016. Democrats lost the House, the Senate, and now the Supreme Court as well. On top of this, they also lost badly at the state level.

In over half the states, Republicans control the governor’s office, the state Senate, and the state House. Democrats hold all three in only five states. During President Barack Obama’s disastrous administration, Democrats lost over 1,000 federal and state offices.

This is all due to a single, fundamental problem: Democrats will not admit they are wrong on any issue, but a majority of Americans increasingly think they are wrong on every issue, from taxes, to government spending, deficits and debt, to global warming, to economic growth and prosperity, gun control, freedom of religion, freedom of speech, national defense, and even whether little girls should use the girls bathroom (and showers) and little boys should use the boy’s room (and showers).

Democrats, like JFK, used to know that they cannot run on economic stagnation, high taxes, gun control, weak national defense, and against the Bill of Rights. You would never have seen Kennedy running on a claim that if elected, thousands of coal miners would lose their jobs, as Hillary did.

Democrats have lost sight of the American Dream and have no idea how to get it back. Crucially, they don’t understand that the economy never really recovered from the very steep 2008-09 recession.

Historically speaking, the deeper the recession, the stronger the recovery. Given how steep the 2008 recession was, a boom should have followed. The economy should have been growing even faster than the typical three to four percent for a couple of years, until it caught up to the long term economic trend line, meaning where it should have been otherwise.

But eight years later, this still has not happened, except for a Trump boomlet due to the promise of pro-growth policies. Instead, under anti-growth Obamanomics, the U.S. got eight years of less than 2 percent growth, a pace on par with a stagnant third world country. Due to this performance, America is still $2 to $3 trillion below where it should be on its long term economic growth trend line.

Hillary lost because she had no idea how to restore economic growth and the American Dream. Instead, she promised more of the same: failed Obamanomics.

As a result, Democrats are losing blue collar workers to Republicans. This is worst case scenario for a political party that was founded on carrying the flag for working people and their unions.

But the worst is yet to come. Wait until the 2018 elections, when 25 Senate Democrats are up for reelection, which is over half of Democratic Senators who have managed to hold onto their seats.

But instead of realizing the problem and correcting it, Democrats have doubled down in an political suicide mission, moving to the extreme Left by embracing soft Socialism. It is only Democrats that don’t know that the whole point of the 20th century was that the Socialism they are embracing was thoroughly tried, and it failed miserably. This Socialist extremism has never played well among blue collar voters.

Good morning, Rip van Winkle (Bernie). It is the 21st Century, and while you were asleep, guess what? You lost.

The only people who don’t seem to know that yet are in the Democratic Party.

Peter Ferrara is a Senior Fellow at the Heartland Institute and a Senior Policy Advisor to the National Tax Limitation Foundation. He served in the White House Office of Policy Development under President Reagan and as Associate Deputy Attorney General of the United States under President George H.W. Bush.

With Economic Rebound Ahead, Democrats Set for Generation-Long Slow Burn 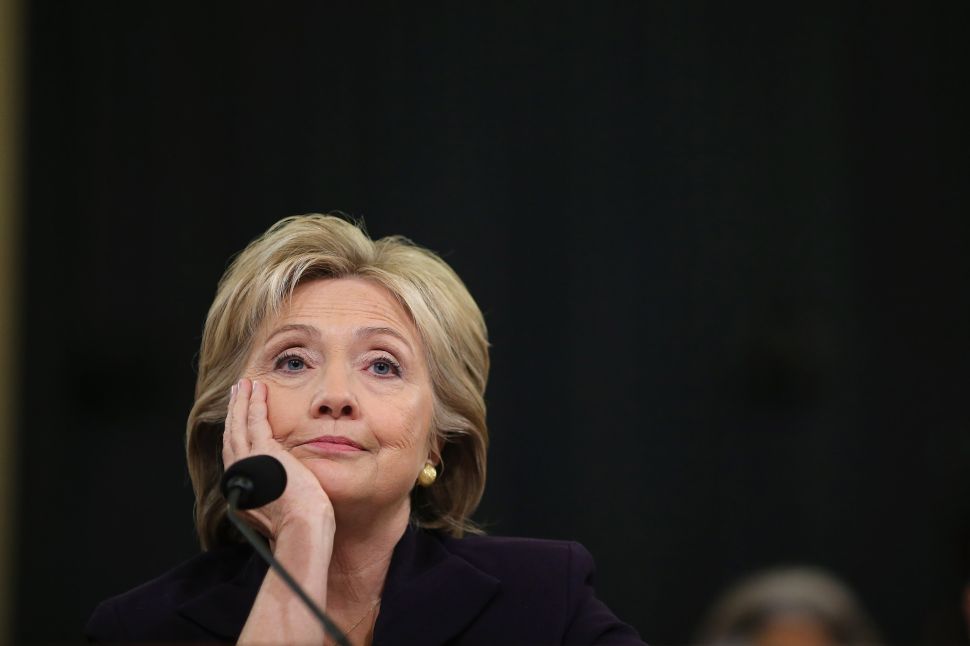