The California Legislature has designated September as “Opioid, Heroin, Fentanyl, and Prescription Drug Abuse Awareness Month,” in a statement that bemoans the alarming facts about opioids, but fails to offer any actions or suggestions for addressing the abuse epidemic.

By contrast, when the Obama administration named a “Prescription Opioid and Heroin Epidemic Awareness Week” last fall, the proclamation came with measures focused on helping people trapped in abuse. It included new funding for both in-patient and outpatient treatment, increased education about the use of the anti-overdose drug Naxolene, and measures to slow imports of illegal fentanyl from China.

In dealing with the epidemic, the Trump administration has focused earlier in the abuse cycle, instituting measures to reduce excessive exposure to opioids. The new measures include prosecuting fraudulent opioid prescribers and new FDA processes for approval and removal of specific opioids. New education programs are being introduced for non-prescribing health care professionals like nurses and pharmacists, and the FDA Blueprint for prescriber education, which advises doctors on how to best deal with pain management, is being revised.

A few weeks after the Trump administration announcements, economists Molly Schnell and Janet Currie published evidence of a “striking relationship” between prescriptions and the ranking of the medical school attended by the prescriber. Doctors from top-tier schools write fewer opioid prescriptions. The variance in prescriptions written extends across most specialties, demographic and geographic groups. Among primary care providers (who are responsible for writing almost half of all opioid prescriptions) those from lower ranked schools write three times as many prescriptions as those from top tier schools. Doctors of Osteopathy numbers are consistent with General Practitioners from lower tier schools.

In validation of FDA Commissioner Scott Gottlieb’s prescriber education blueprint, Schnell and Currie found that the school ranking correlation goes away in specialties that require extensive post medical school training in opioid use.

Dr. Lonnie Zeltzer, the Director of the Pediatric Pain Program at UCLA Mattel Children’s Hospital, said “drugs aren’t the only way to treat chronic pain. The prevention and treatment of pain can be addressed through many different modalities, with chiropractic care being one.”

In complement to the Federal attention, the American Hospital Association and the Foundation for Chiropractic Progress have designated September as “Drug Free Pain Management Awareness Month” on health events calendars. The Drug Free Pain Management message focuses on giving sufferers hope that in many cases pain not need to be masked by opioid euphoria, because it can be treated.

My experience with recurring pain started at 19 when I strained a lower back muscle and ended up with two days of excruciating spasms. A few months after recovering I reached for a fallen pen while crossing my college green, and ended up in bed for two days.  Like many lower back pain sufferers, my pain and debility came back again and again for years.  I asked doctors for help.  I went to a sports medicine clinic.  I was examined and massaged and electrically stimulated, and the spasms kept recurring. Thankfully I refused offered prescriptions, and stuck with over-the-counter pain pills. I assumed that I would always suffer, until my back “went out” while traveling through central China.  In miserable pain I let my local partners bring me their Chinese Medicine “expert” who treated me for a few minutes while I looked at ancient diagrams of bodies marked with Qi elements. I was lucky to find healing rather than continued containment of injury.

Every opioid abuse case is unique, and each has its own ending. Too many of the endings are tragic. The best approach on personal, medical, governmental and societal levels, is to limit the use of opioids to those cases where failure to use them would be inhumane, where drug free options have been exhausted, and where non-addictive alternatives are unavailable.

Ken Blaker is a software development and marketing consultant for health care and cloud computing technology. A former finance executive at Subaru of America and Aon Corporation, Ken also operated an international travel company with offices throughout Asia. In addition to his consultancy Ken serves as board Vice President of a Los Angeles Neighborhood Council. 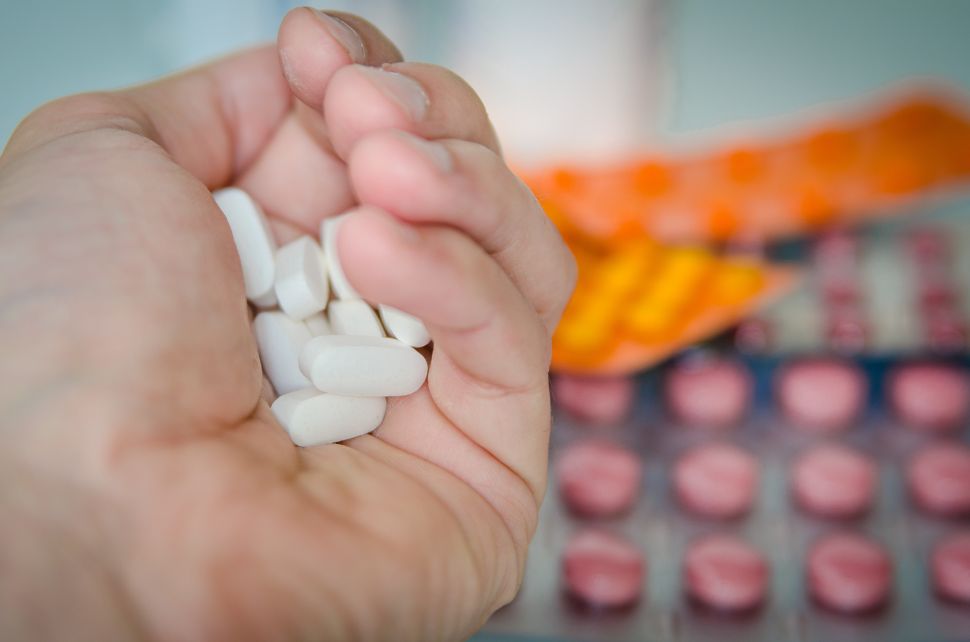