The 69th Annual Primetime Emmys took shot after shot at our Commander in Chief Donald Trump. But the Internet was surprised when the president, who has been known to be easily provoked, did not respond. As it turns out, all the country had to do was wait a couple days.

On Tuesday night, Trump took to Twitter to bash the Emmys, which posted a historical low in the ratings.

I was saddened to see how bad the ratings were on the Emmys last night – the worst ever. Smartest people of them all are the "DEPLORABLES."

The Stephen Colbert hosted Emmys garnered just 11.38 million total viewers Sunday night, per THR. This year’s Oscars, meanwhile, scored 32.9 million viewers while the Golden Globes drew 20 million and the Grammys attracted 26 million. According to TheWrap, the show’s advertiser-friendly 18-49 demo ratings were just a 2.5, marking a 10.7 percent drop in year over year numbers. That’s as they say in Mad Men, “not good, Bob.”

The telecast was noted to have a particular political focus with multiple jokes coming at the expense of the Trump administration. This was emphasized by the appearance of former White House Press Secretary Sean Spicer, whose cameo is not going over well with others in the limelight.

Stay tuned to see if Trump tweets out anything else aimed at the critical broadcast. 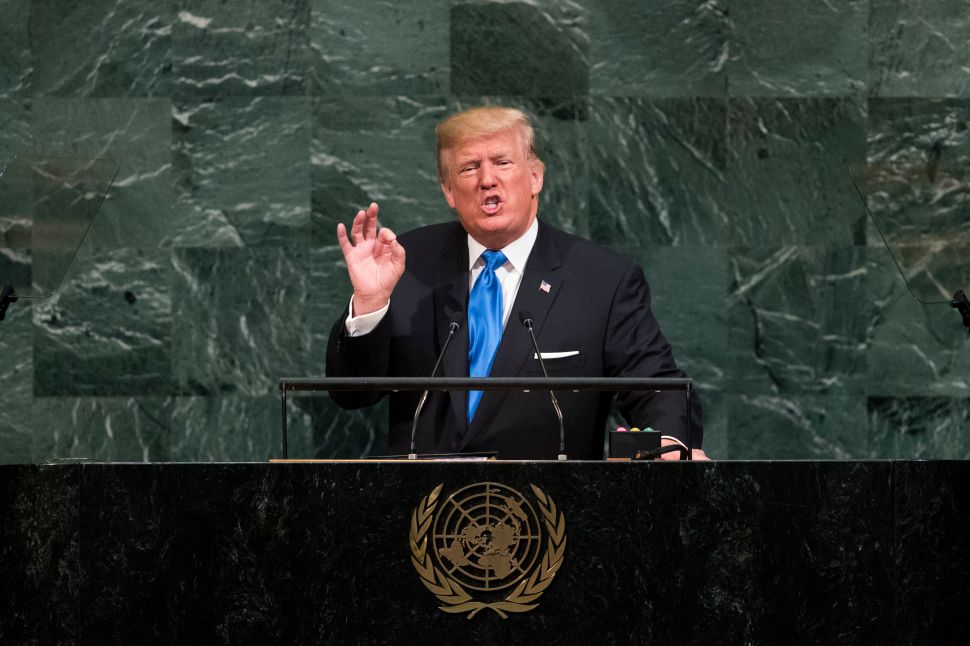