Now that the summer holidays are over and Congress returns, the country is bracing itself for President Donald Trump’s next moves. Let us call them “Trumpstakes” or “Trumpgaffes,” assuming that the president’s temperament and impetuousness cannot and will not be controlled by all the king’s horses and all the king’s generals. With a debt ceiling crisis looming, a government shutdown possible over funding the magic wall with Mexico, the horror of Hurricane Harvey far from over, and Kim Jung-un not impressed with the president’s “fire and fury,” big surprises and mistakes are surely on the way from the White House.

Here are three. First, do not be surprised if the president fails to certify Iran’s compliance with Joint Comprehensive Plan of Action (JCPOA) that placed a stop on its nuclear weapons programs. In his competition with NAFTA as the worst agreement ever negotiated—and one would win a great deal of money betting that the president has read neither—non-certification would be a prelude to withdrawal. Of course, the president may be unaware that the JCPOA is not a bilateral agreement between Iran and the U.S. The other four permanent members of the UN Security Council—Britain, France, China and Russia—along with Germany and the EU as an observer are signatories. Even if the U.S. withdraws, the other parties certainly will not.

American sanctions would be re-imposed. However, do not expect the other parties to acquiesce. Indeed, the other signatories may decide to lift more sanctions on Iran as a means of gaining greater economic access. If the U.S. were to threaten counter-sanctions, three of its NATO allies would be affected. That would not be helpful to maintaining alliance coherence. The conclusion is that withdrawal would be a senseless and foolish mistake—the U.S. would possibly have the most to lose.

The president has also ordered the Pentagon to ban transgenders from entering the military. The Secretary of Defense has wisely convened a commission to advise how this directive could be implemented as well as how to deal with transgenders currently serving. The chances are good that Congress will pass a law or amendment with a veto-proof majority permitting transgenders who are physically and mentally qualified to serve. This could lead to a constitutional crisis.

The president could easily respond that as commander-in-chief, his word is law. Unfortunately, that is not what the Constitution says.  Article I Section 8 empowers Congress to set the rules for regulating the armed forces. This would set both ends of Pennsylvania on a collision course. The last time this happened was in 1868.

President Andrew Johnson disregarded the Tenure of Office bill passed over his veto and dismissed Secretary of War Edwin Stanton for opposing reconstruction in the South. The Tenure of Office Act forbade the president from firing a cabinet officer without the consent of Congress. While the law would be ruled unconstitutional, Johnson was impeached but not convicted for ignoring it. Likewise, and ironically, a law permitting transgenders to serve might entangle Trump.

Finally, Trump could make good on his threat to shut the government down if funding for the infamous wall is not approved. Perhaps the emergency funding for hurricane relief and the resulting increases in the budget deficit might alleviate Trump’s seeming stubbornness not to negotiate. Fiscal hawks alarmed by the soaring national debt and unable to make compensating cuts in an already bloated budget may make the case that spending has to be limited. Despite word from the White House that the president will not force a shut down, do not bet on that. Sometimes being obstinate is the president’s preferred course of action.

A government shut down is somewhat overblown in the actual economic damage it can do. The 27 day government shutdown in 1995-1996 had little political or economic impact. It’s the debt ceiling that really matters.

Of course, none of this takes into account what else the president might decide to do based on instinct or a spur of the moment whim.  North Korea may not be out of the woods. Trump hates being trumped. And Kim Jung-un so far seems to have done just that with his nuclear test this past weekend. Threatening to cancel the trade pact with South Korea seems a foolish response to Kim’s latest atomic diplomacy.

Where are we headed? No one knows. But at the Naval Observatory where Vice President Mike Pence lives, be certain someone is studying presidential transitions and how Gerald Ford conducted his after Richard Nixon was forced to resign in 1974.

Dr. Harlan Ullman has Served on the Senior Advisory Group for Supreme Allied Commander Europe (2004-2016) and is currently Senior Advisor at Washington D.C.’s Atlantic Council, chairman of two private companies, and principal author of the doctrine of shock and awe. A former naval person, he commanded a destroyer in the Persian Gulf and led over 150 missions and operations in Vietnam as a Swift Boat skipper. His next book Anatomy of Failure: Why America Has Lost Every War It Starts will be published in the fall. The writer can be reached on Twitter @harlankullman. 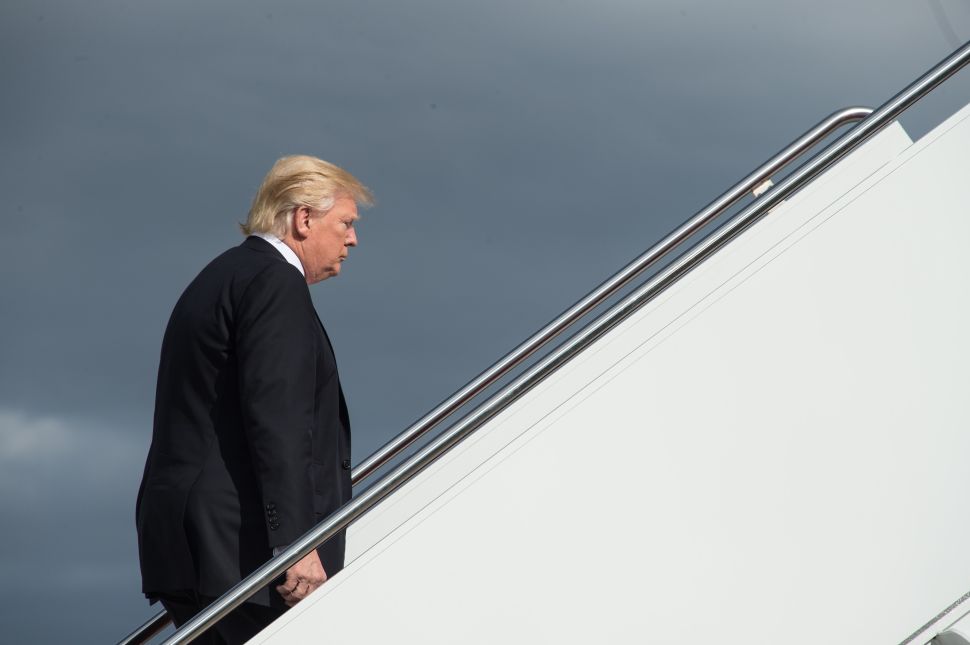