To have a seat at the table means to find oneself in a position of influence, to not only be seen, but heard. For photographer Elia Alba, this was the guiding principle behind her decision to start an ongoing series of dinners five years ago, to accompany her developing portraiture practice documenting artists and cultural influencers of color. Now the artist is presenting 60 lush and imaginative photos of her dinner attendees over the years—including Mickalene Thomas, Coco Fusco, LaToya Ruby Frazier and Hank Willis Thomas, just to name a few. The portraits will be included in her latest exhibition, The Supper Club, on view at the Shelley & Donald Rubin Foundation’s Manhattan exhibition space, The 8th Floor, through January 12, 2018.

Alba captures her subjects in lush tones and interesting settings, much like glossy fashion magazine spreads. Indeed, she began the portrait series as a rejoinder to Vanity Fair’s staid “Hollywood Issue,” which she found to be severely lacking in diversity. In the show, they’re grouped thematically ranging from the artist’s aesthetic considerations, like the moody “Moonlight and Shadow” section, to subjects’ personalities, such as the “Intellectuals.”

According to Sara Reisman, executive and artistic director of the foundation, fantasy plays a large role in all of the photos. “You see these subjects dressed up in costumes that represent who they are, yet are otherworldly,” she said to Observer. “Alba plays on ideas of afrofuturism in a lot of these works, using bold colors and sharp contrasts to really create something visually arresting. It’s a way of not only expressing their individual identities, but reimagining the possibilities for identity for people of color within our society.”

Alba said the social life embedded in the project is the crux of her images’ potency. This sense of family and community is precisely what the artist wants to cultivate. To that end, she does all the cooking herself for the dinners, laboring in the kitchen for hours, if not the whole day. Many of the subjects know each other either personally or professionally, and some have even become friends since Alba started the project.

“To see all of these people whom I’ve come to know well represented in the gallery space like this, it does feel celebratory in some way,” Alba said. “You know, we grouped the photos in a way to bring certain ideas together. But I think you could have arranged them any which way and these figures would have had something to interesting to say no matter what.” Isn’t that always the mark of a good dinner party?

In addition to the exhibition of photographs, The 8th Floor will present a handful of socially-engaged dinners over the course of the show, and will release a book, scheduled for publication in 2018, comprised of  transcriptions from various dinner conversations over the years. But more than just dinner talk, these conversations have addressed topics such as police violence, the 2016 Pulse nightclub shootings in Orlando and the need for sanctuary spaces; black female and male subjectivity; and racial subjugation in Latin American history.

“I think the participants of these dinners—which number close to 500 now—know that these are topics in dire need of more discussion,” said Reisman. “They feel like they’re taking part in and important historical moment, so we felt that it was important to commit them to print.” 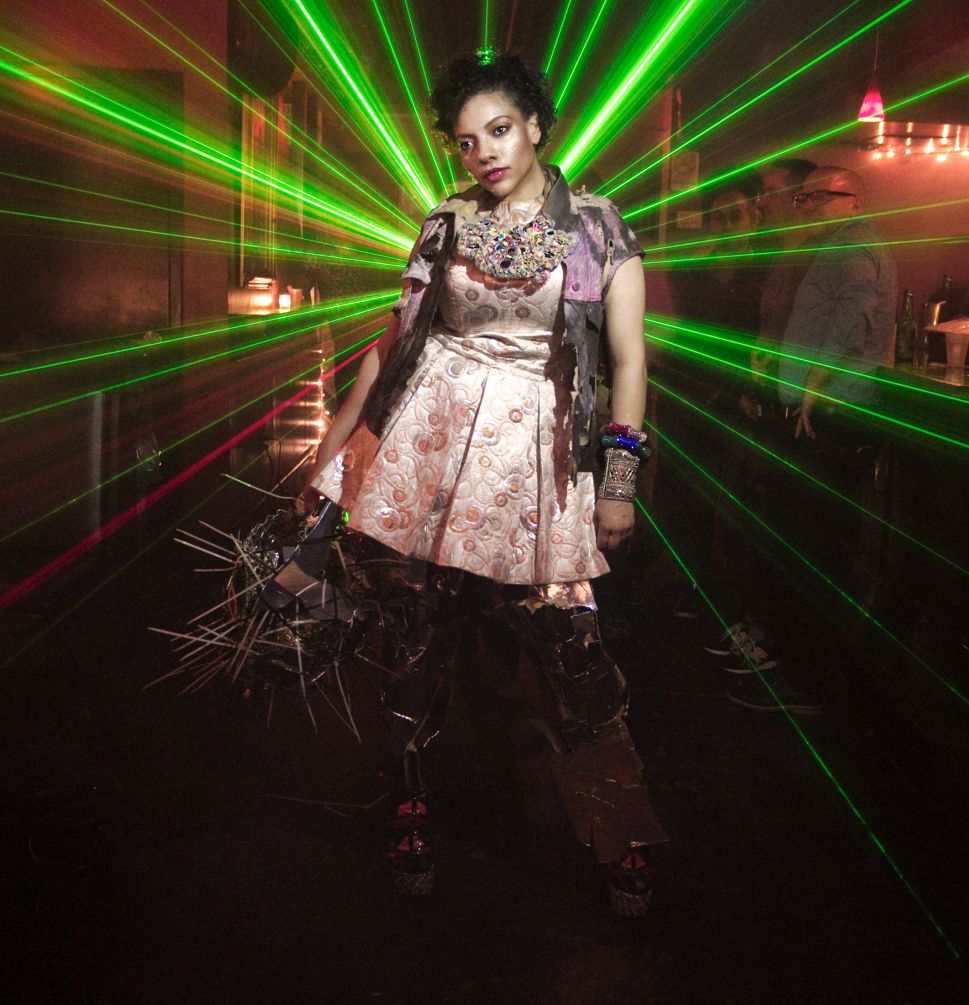