Emma Stone is the reigning Best Actress winner at the Academy Awards, Hollywood’s highest-paid female star and the headliner of the upcoming Battle of the Sexes, one of the fall’s most anticipated movies. Yet even she isn’t immune to the struggles of everyday life that impact millions of people across the world.

The 28-year-old star appeared on Stephen Colbert’s The Late Show Tuesday night to promote Battle of the Sexes. During the course of the interview, Stone revealed that she began attending therapy at seven to help with frequent panic attacks. Colbert presented a drawing Stone made while in therapy when she was nine that featured her standing next to a small green monster with the accompanying words, “I’m bigger than my anxiety.”

You can watch the segment in the video below.

Stone joked: “This is me I guess. This is anxiety, it’s a little green monster who looks like a uterus with ovaries. I didn’t mean for it to be hormonal. I was nine and I was in therapy. I was a very, very, very anxious child and I had a lot of panic attacks and I benefited in a big way from therapy. I started at 7.

“[Acting] and improv helped me so much. I still have anxiety to this day.”

Stone has touched on her struggles with anxiety in the past, admitting earlier this year that she once feared she’d never be able to leave her home state of Arizona. Clearly, the Oscar-winner has come along way since then.

Battle of the Sexes follows the real-life story of the 1973 tennis match between Billie Jean King and Bobby Riggs, which became one of the most-watch televised sporting events of all time. In a way, Stone still isn’t done beating back adversity. 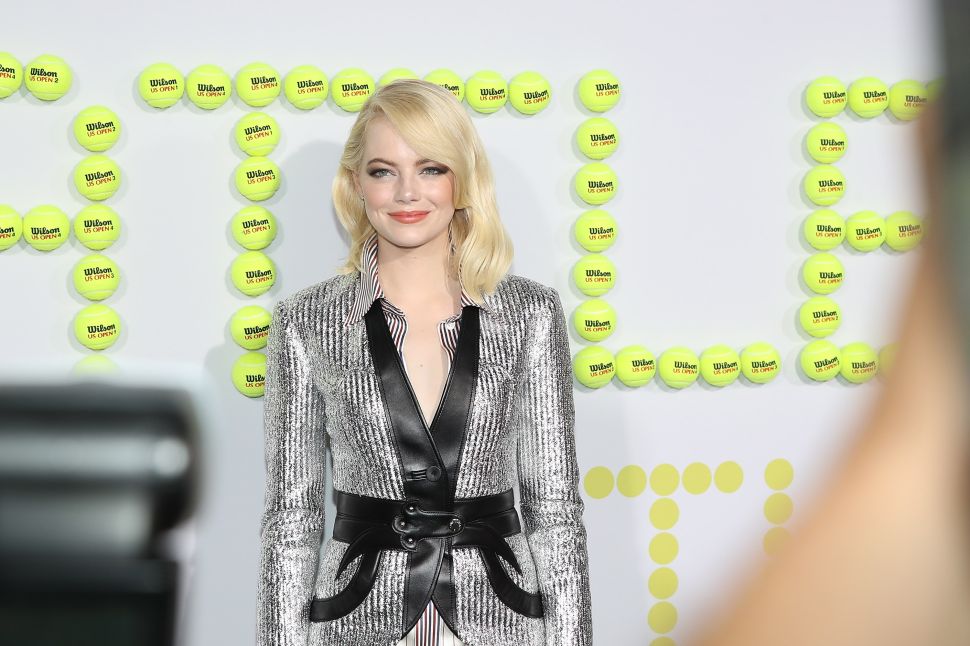