There were stars, there were record breakers and there was Sean Spicer. Yep, the 69th annual Primetime Emmy Awards on Sunday night had it all. In a particularly competitive year, history was made by both content creators and content platforms as the Peak TV era continues to break new ground.

But Sunday night also saw a primetime NFL matchup as well as some choice TV offerings, so it’s understandable if you didn’t have the time to check in on the Emmys. But don’t worry about being left out of the loop at work this morning, as we’ve taken the liberty of compiling a winners list from the major categories.

In a season in which HBO’s perennial contender Game of Thrones was ineligible, the top prize was up for grabs for the first time in what felt like years. Though Netflix boasted three series in the running, it was Hulu that claimed the honor of being the first streaming service to win Best Drama at the Big Dance. Though HBO’s GoT heir apparent Westworld had a lot of muscle behind it and NBC’s This Is Us represented a last gasp of network television, it was the politically riveting The Handmaid‘s Tale that really captured this year’s zeitgeist. No arguments here.

To quote Drake, Brown is going “back to back.” The 41-year-old actor won last year for The People v O.J. Simpson and followed it up as the undisputed highlight of the year’s breakout series. Even the most die-hard This Is Us fan will admit that the show drags just a bit when Randall isn’t the main focus. With roles in upcoming films like Black Panther, Marshall and The Predator, Brown has shot way beyond the label of an actor on the come up. He’s arrived.

What, you thought someone else was going to win? Please. JLD is an unstoppable force and an immovable object all rolled into one.

Similar to JLD, this was a slam dunk despite the incredible competition. In our humble opinion, Foy and Wood are both deserving, but absolutely nothing tops Moss’ work. She single-handedly carried The Handmaid’s Tale as the center of every scene, providing the most focused and hard-hitting performance of the year, actor or actress. It says quite a bit about Moss’ impressive career that the beloved Peggy Olson may not even be her defining role.

Atlanta is the rare hyper-stylized and experimental series that has the substance to back up its narrative risk-taking. Rarely has a show so effortlessly blended social commentary and racial divides with side-splitting humor. While the writing is supremely strong (more on that in a moment), it’s all held together by Glover’s anchoring lead performance. We would have been happy with Ansari as well.

Don’t get us wrong, we LOVE Ann Dowd. But we would have preferred to see her win for her incredible work in any of the three seasons of HBO’s The Leftovers (this year’s biggest Emmys snub by far). Her role in Handmaid‘s, while superbly acted, just wasn’t pertinent enough to the main story. We thought Newton had a firm (and deserving) lock on this category.

To sum up Lithgow’s performance in one statement is to remind audiences that an American just pulled off playing arguably the most famous British politician in history with no complaints. While we wish the declining quality of Homeland wouldn’t hurt Patinkin’s chances as much as it has or Wright’s emotionally centered role would be recognized, we can’t argue with Lithgow here. Sometimes, flashy options are actually the best.

SNL just posted its top-rated season in more than 20 years and Baldwin’s Trump impression had quite a bit to do with that. Anderson’s role may require more nuance, but nothing was more culturally relevant than ‘ol Donnie boy.

Can we please give McKinnon an award for everything? She is a gift and she should be treated as such. Her Hillary Clinton was the Jerry Lewis to Baldwin’s Dean Martin-Trump.

Best Directing for a Comedy Series

Remember what I said about all of the bold formatting and story risks that Atlanta took? Yeah, well they paid off. Big time. Glover is a new-age auteur who his leaving his mark on multiple mediums. Everything he touches turns to gold.

Best Writing for a Comedy Series

Do you know how hard it is to follow up a critically acclaimed rookie season with an even better sophomore effort? Somehow, someway, Ansari managed to pull it off with his Netflix dramedy Master of None. Unquestionably, season two’s standout episode was “Thanksgiving,” which followed Waithe’s decade-long journey to accepting her sexuality and coming out to her family. Beautiful, poignant, happy, sad and hilarious, it’s a worthy winner here.

Best Directing for a Drama Series

Holy hell, is there a lot of great television these days or what?! We would have been fine with any of these options except Homeland. Thankfully, it didn’t come to that.

No surprise here. Buzzy drama with movie stars about suburban murder and mystery with the full weight of HBO behind it? It’s a winning formula.

Best Actress in a Limited Series or TV Movie

That fact that Coon wasn’t nominated, let alone the No. 1 threat to Moss in the Best Actress in a Drama category for the final season of The Leftovers is a crime against humanity that we soon won’t forget. Having said that, Kidman delivered arguably the best work of her career on the small screen.

Best Actor in a Limited Series or TV Movie

Similar to Glover, Ahmed is a do-it-all talent who is impressing on both the big and small screens as well as in the music industry. While DeNiro is the biggest name of the bunch, it’s hard to top the physical and mental calcifying we saw Ahmed’s character undergo in The Night Of.

Best Supporting Actor in a Limited Series or TV Movie

We’re just the slightest bit annoyed that Thewlis didn’t sneak into the top spot here. You could make the case right now that Alexander isn’t even the best Skarsgard at the moment what with little brother Bill scaring the pants of people as Pennywise in It.

Best Supporting Actress in a Limited Series or TV Movie

Is there anything that Dern can’t do? Rhetorical question: the answer is no. If we heard on the news right now that the first real-life superhero had revealed themselves to mankind, we wouldn’t be the least bit surprised if it was Dern. 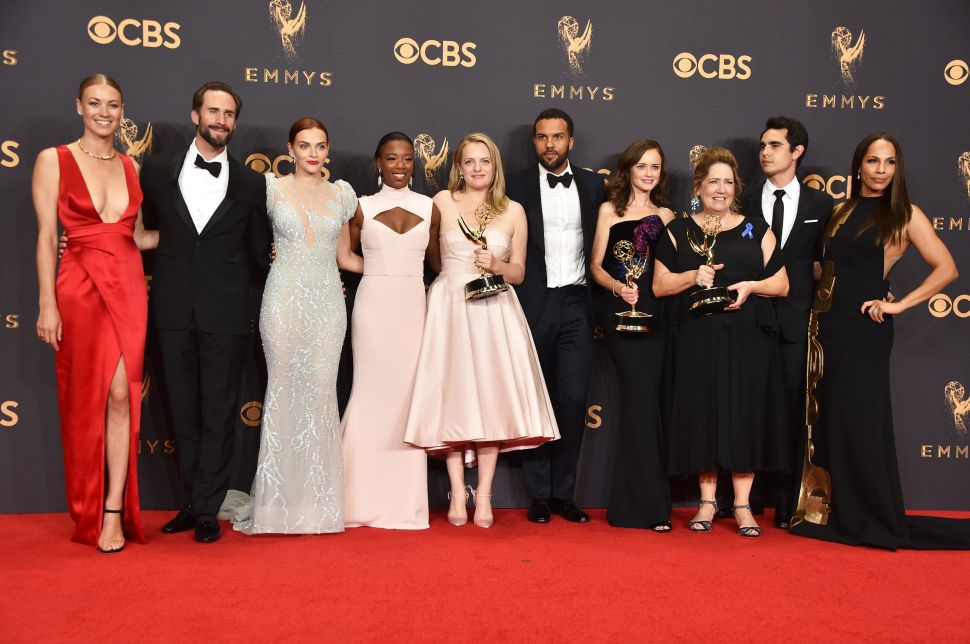