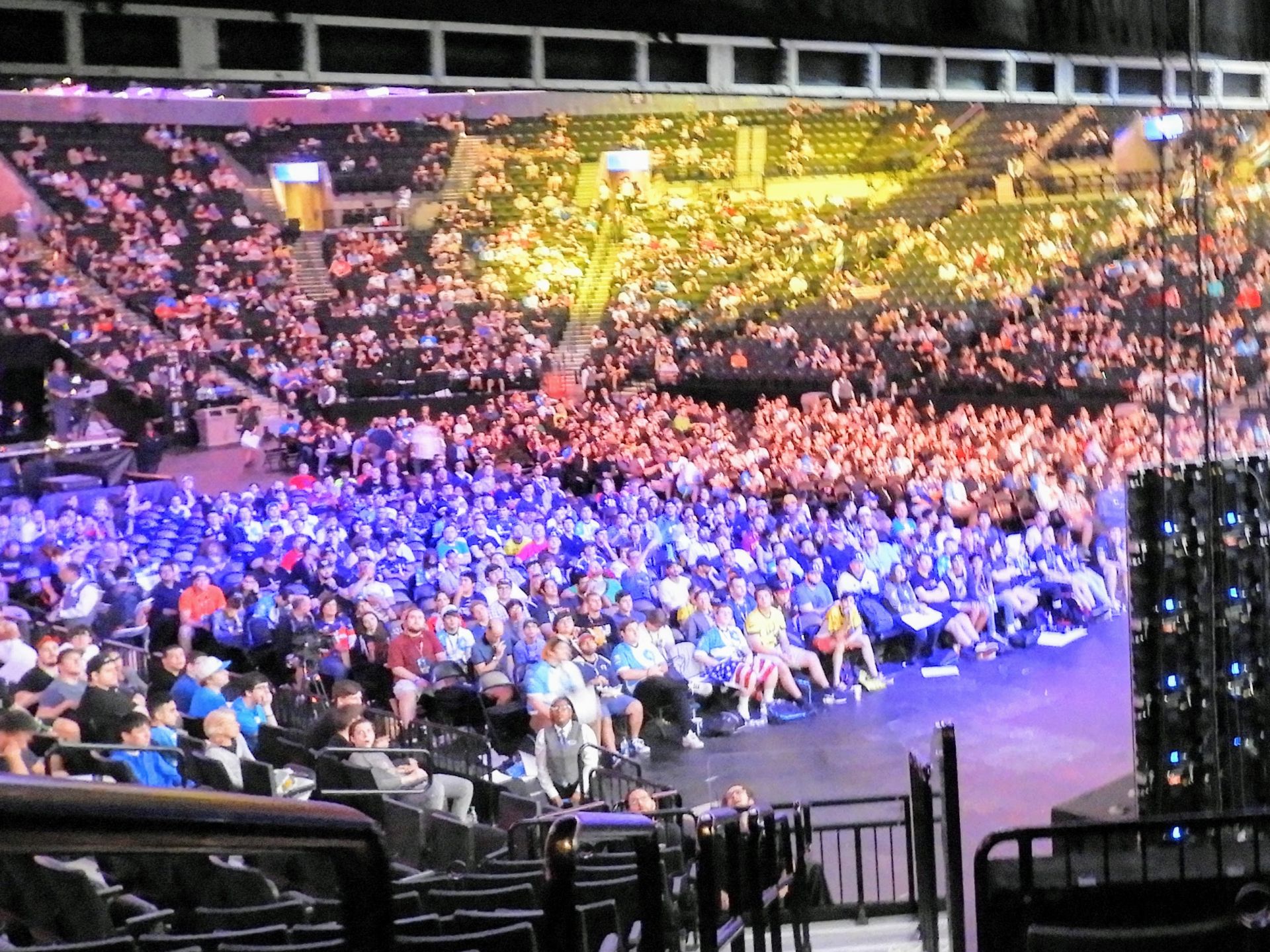 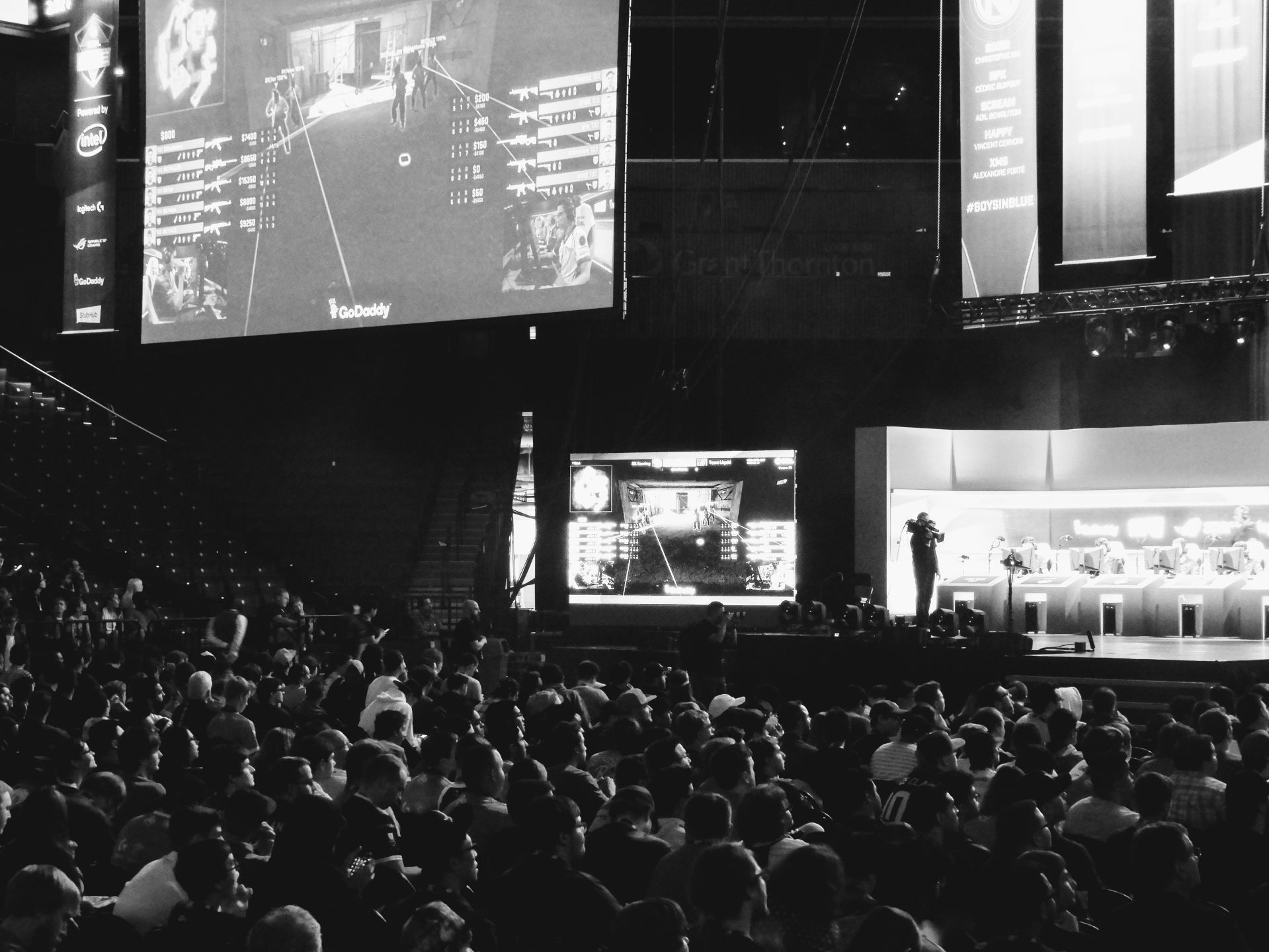 For those who've never watched professional level esports competition, there's lots of ways spectator mode makes it easier to see what's going on. Viewers have a lot of information that players don't have access to. It's still hard to follow for anyone who has never played.
Brady Dale for Observer 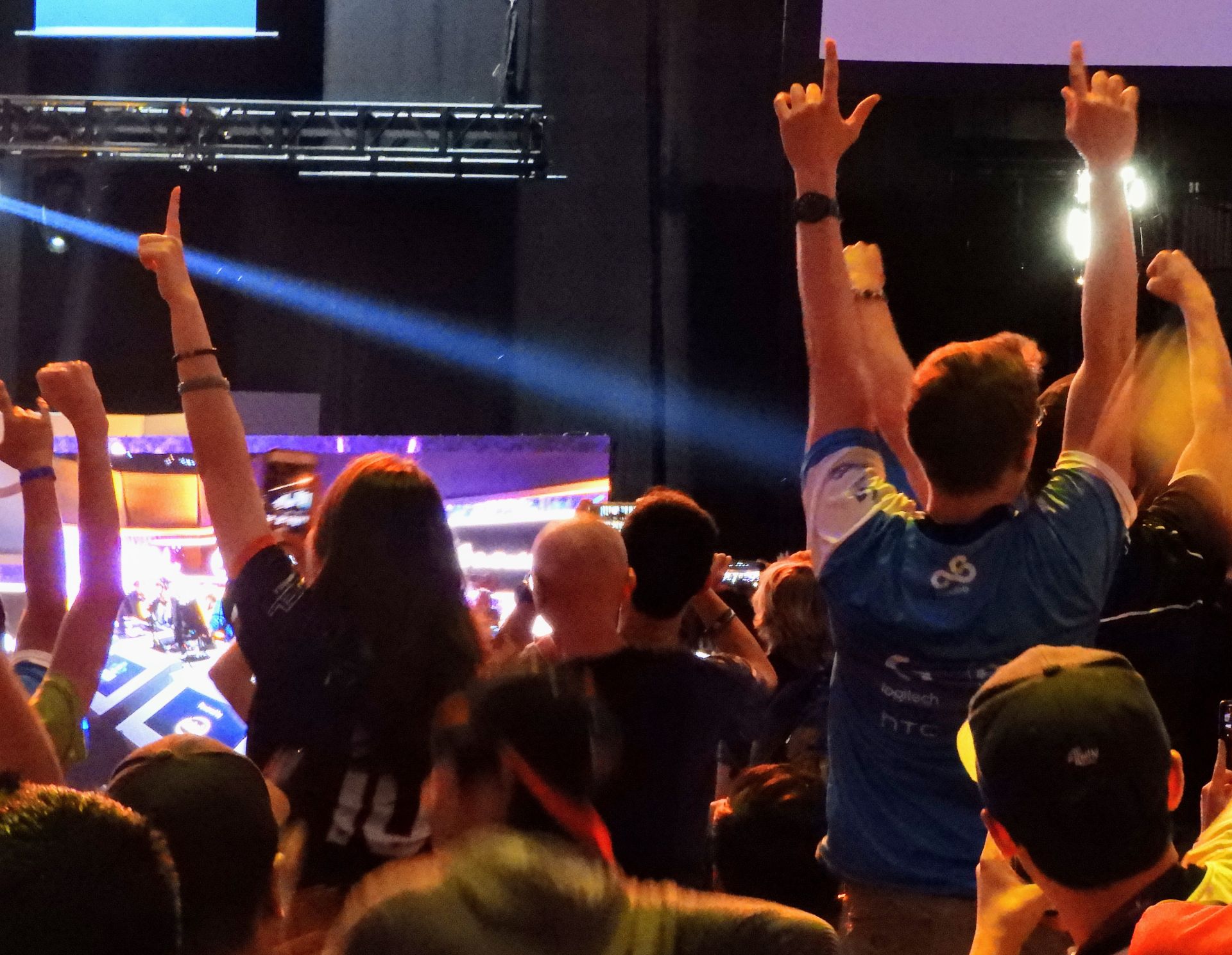 The local crowd loses its mind as Team Liquid takes the semi-finals in a hard fought last map.
Brady Dale for Observer 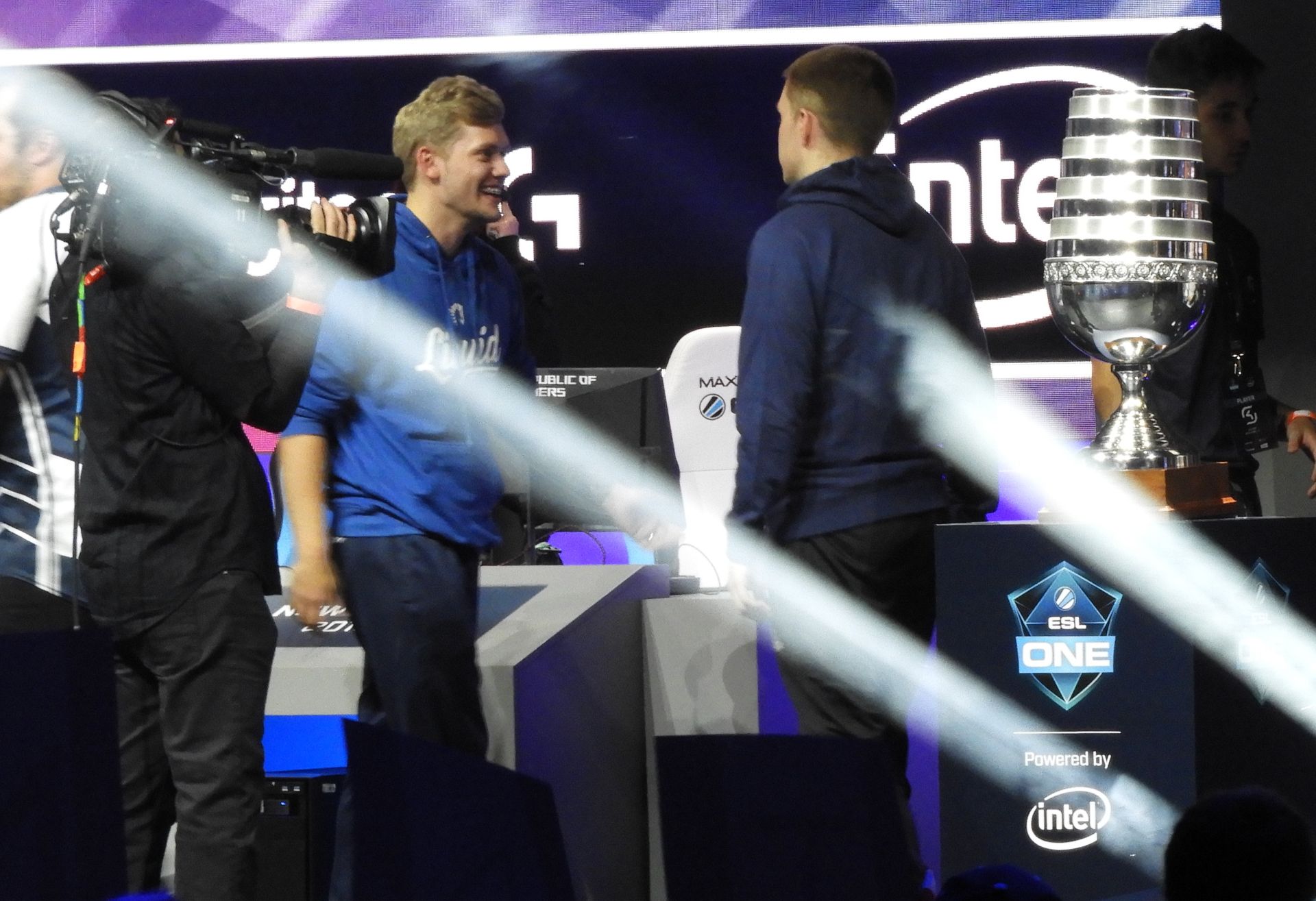 A Team Liquid member after their semi-finals win. The high would later give way to a low, as Europe's Faze Clan would ultimately take home the cup seen in the photo.
Brady Dale for Observer
Advertisement 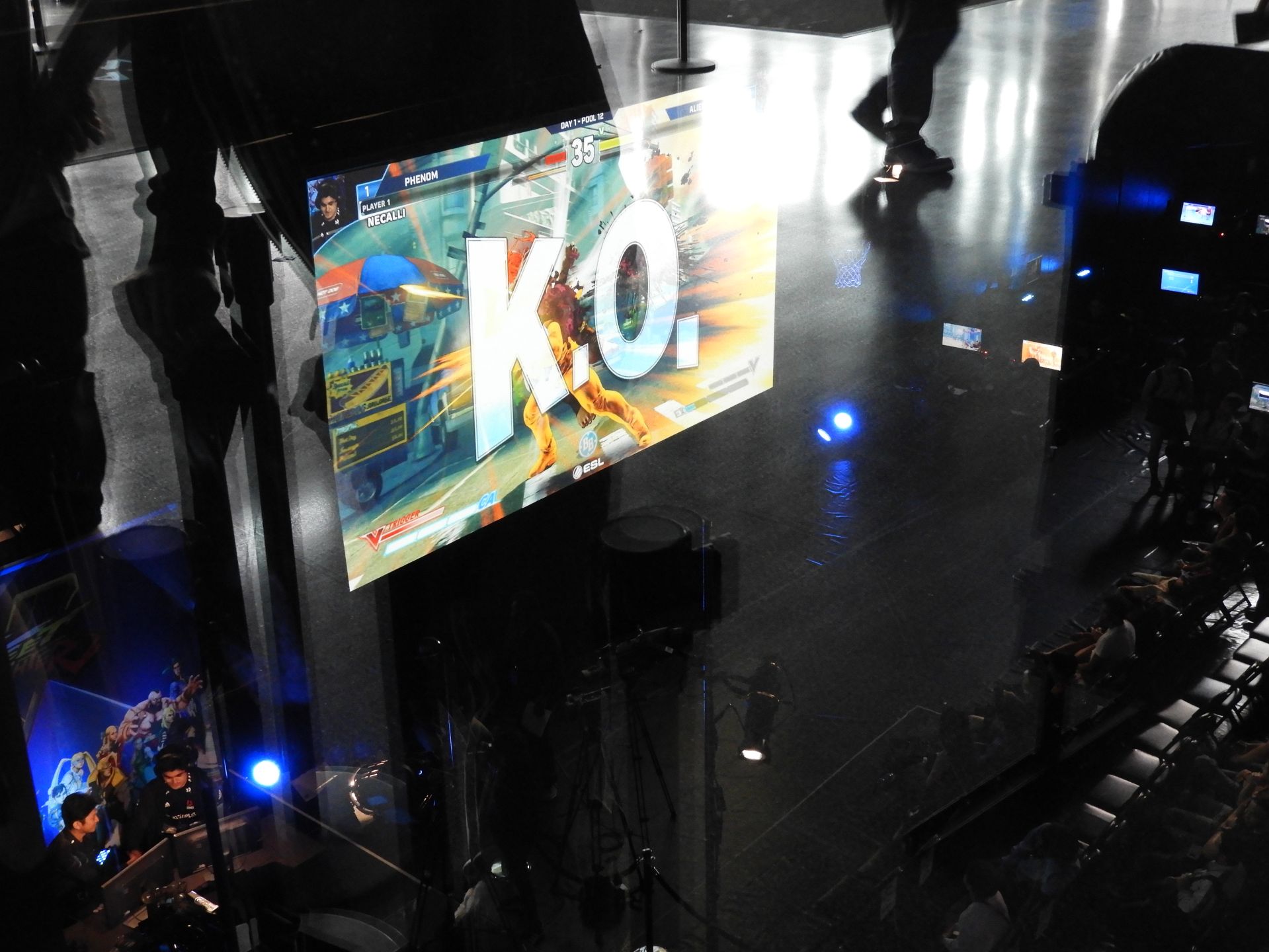 Street Fighter V competition also went down in a smaller theater inside the Barclay's Center.
Brady Dale for Observer 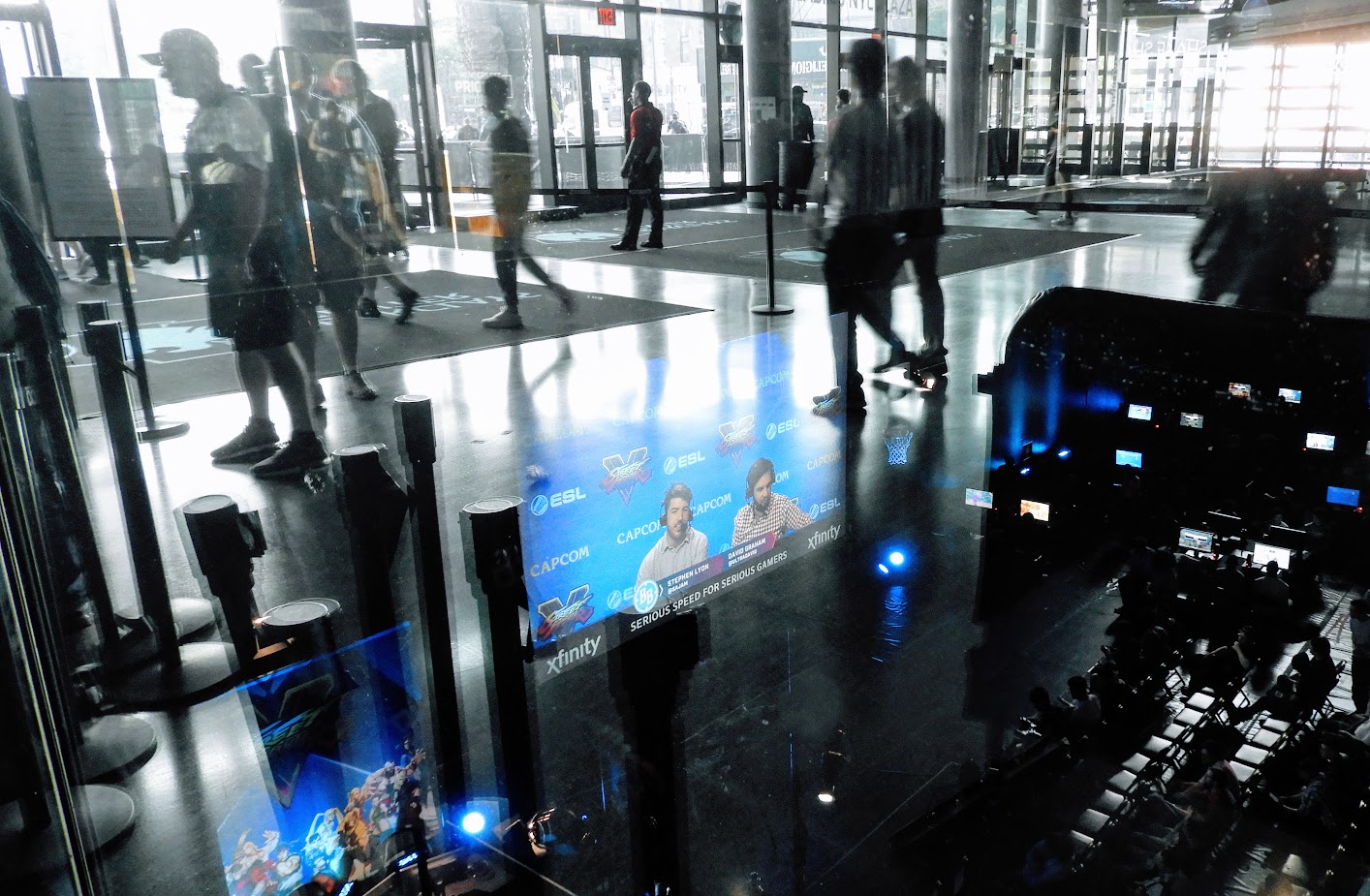 Fans who just watched Team Liquid best SK Gaming go outside for a break as commentators break down a Street Fighter round inside Barclay's.
Brady Dale for Observer 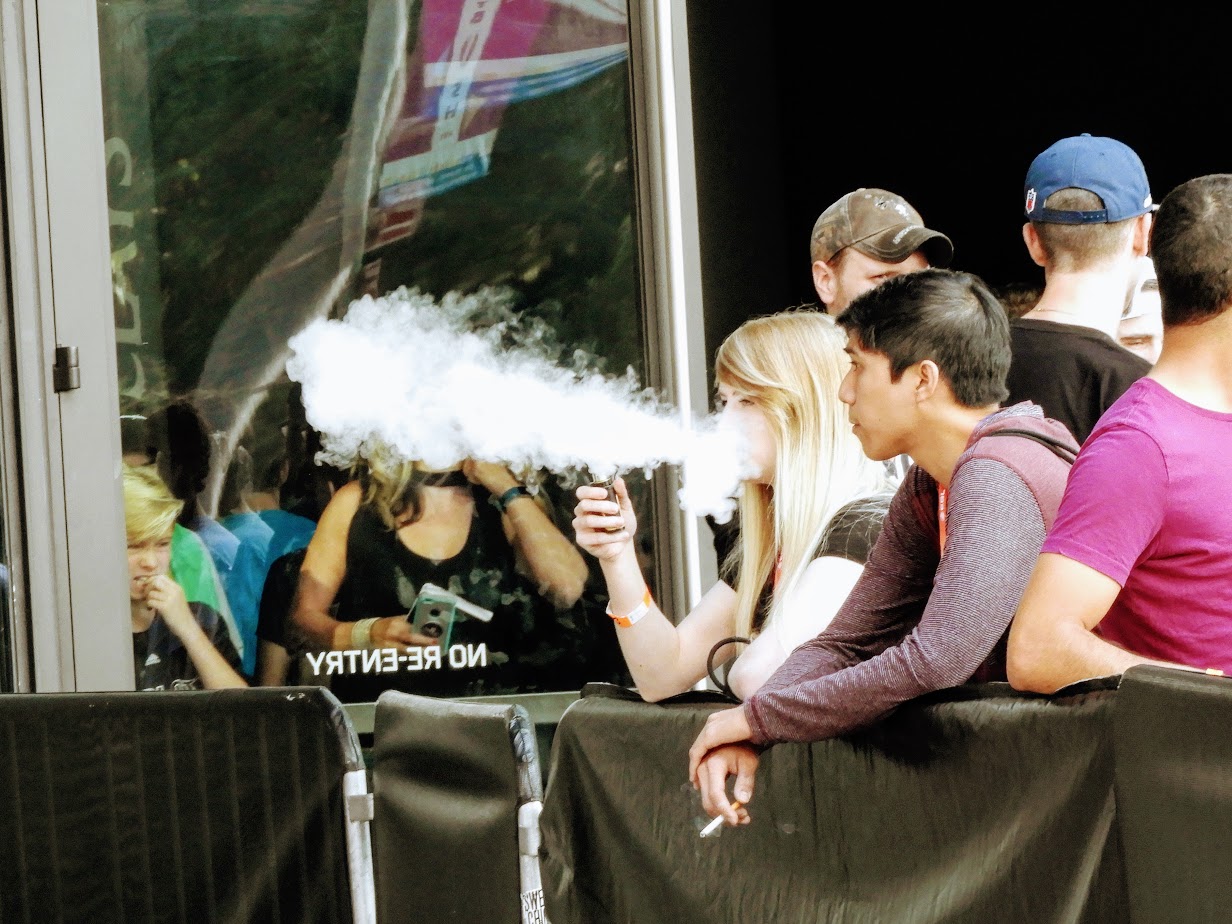 The vape game was strong outside the ESL One New York 2017 competition in Brooklyn Saturday.
Brady Dale for Observer 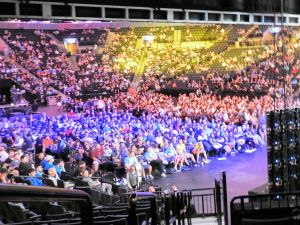 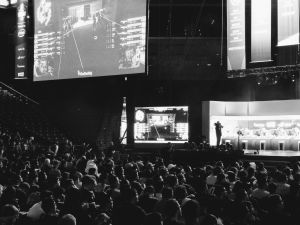 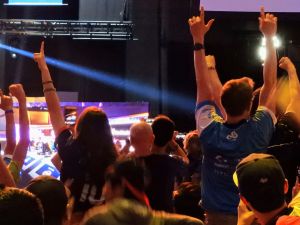 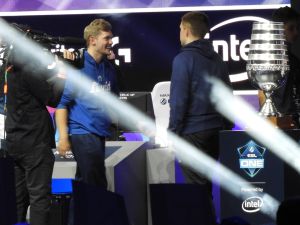 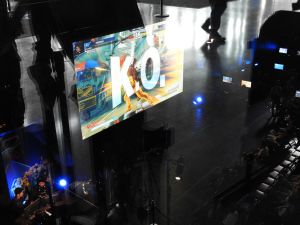 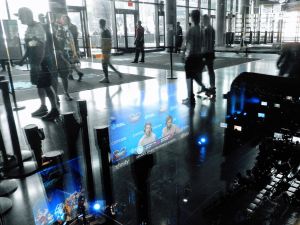 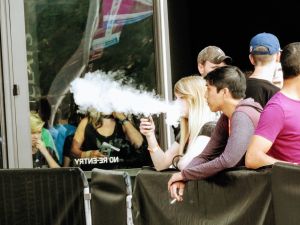 He turned about 15 degrees each time a bellow came to the end of his available breath. Then he would yell like an ogre again, this time reaching a slightly different segment of the Barclay’s crowd. He wore a yellow gaming jersey and sported an epic beard. With proportions like a character that might wield a battle-axe on the cover of a Dungeons & Dragons Players’ Manual, he made no words with his bellow, and they went on too long to have been made in response to any one event taking place in the arena at the time.

No one seemed to mind. In fact, someone asked him to pose for a photo after he was done doing whatever it was he was doing.

The man was yelling inside the Barclay’s Center main arena on Saturday, as e-sports fans watched the semi-finals of ESL One’s New York competitions. Team Liquid was facing SK Gaming in Counter-Strike: Global Offensive, a first person shooter. While the arena was never completely full while we watched, the crowd was not thin either. Fans followed along as the screen constantly switched between the perspectives of different players on each side.

The game pits teams against each other on different maps. One side plays as terrorists and the other as counter-terrorists. Each has a specific objective to complete, as well as pursuing the general goal of fragging the other team with grenades, rifles, pistols or knives.

It’s impressive to see all the ways in which Hidden Path and Valve have modified their game for spectators. For example, onlookers can see other players hidden behind walls, though the people actually playing can’t. That said, the game is tough to follow for people who haven’t played it. This reporter wasn’t the only one who didn’t really know what was going on. There was a bored out of her mind girlfriend behind us and two completely baffled parents sitting in front. We eavesdropped as boyfriend and son respectively tried to explain what to watch for, but it seems like technology is no substitute yet for practice.

We spotted one big difference from actual sports, though: watching the actual players isn’t very interesting. There’s a lot of movement on the screen but it doesn’t take very much in real life to make that happen. Judging by their behavior, they might as well have each been working on a really important spreadsheet. When the cameras would switch onto the players, our thoughts wandered to questions like: “Are multiple arm tattoos required in e-sports, or just strongly encouraged?”

That said, for those who understood what was happening, fan reactions to big moments felt much like what might go down at, say, a Brooklyn Nets game in that same space. When one player made a big kill, the crowd would jump from their seats as if he had landed a basket from half-court.