Everlane knows a thing or two about racking up an impressive waitlist on an item that has been so impeccably designed, it becomes a must-have. Take, for example, their Day Heel, which sold out in a flash and accrued a queue of nearly 28,000 shoppers not long after.

The not-so-basic basics brand has done it again, this time with their very first denim collection. And shoppers didn’t even wait for the range of skinny and relaxed jeans to actually arrive on the e-commerce shelves—there is already a waitlist of 44,567 people (and growing) who want to get their hands on these pants, stat. Keep in mind, the collection doesn’t even drop until September 7.

What’s so special about these blues? Well, Everlane CEO Michael Preysman spent nearly two years creating the denim that met the company’s promise of not contributing to the “dirty business” of denim.

“Everlane launched with a t-shirt in 2011 and in some ways it made sense to launch denim next. But the truth is, denim is a tricky business and we wanted to wait to get it right,” he explained. “At the same time, the denim market didn’t feel right for a long time. It’s become stretchy and too expensive. We think the times are finally changing.”

Preysman finally was able to create a denim product he was proud to deliver when he found Saitex, the Silver LEED certified factory in Ho Chi Minh City, Vietnam. He liked that Saitex creates denim from 98 percent recycled and much less , at that. The average pair of jeans is produced with 1,500 liters of ; Everlane’s version uses just under 36 liters. The factory has also adopted alternative energy sources, such as aerial drying and ozone machines, which allows for a much smaller environmental impact. Plus, the leftover sludge from the denim production process isn’t just thrown away, but is converted into bricks, which are used to build affordable housing in Vietnam.

These jeans, made from 11 oz. of denim, will cost just $68. But per Everlane’s calculations, would be sold for around $165 at a traditional retail outlet. They also have just a little bit of stretch (exactly two percent), meaning they will hug your curves, but not stretch out. The brand is launching with just three styles for women: mid-rise skinny, high-rise skinny (both of which are available in two lengths) and a boyfriend jean. There are just two styles for men: slim and straight. And the washes offered include an off-white bone, a trustworthy black, a true indigo and a thoughtfully distressed light blue denim.

But wait, where are those cool flares and fashion-forward wide legged crops? “We’re planning to expand in early 2018 into a few fashion silhouettes and new washes, but we’re going to keep things pretty minimal,” Preysman explained to the Observer.

If you want to bypass the waitlist and get your hands on these jeans ASAP, stop by the Everlane Denim Counter at 39 Spring Street in Manhattan, from September 7 to 10. The traveling jean haven will be in Portland on October 20 and 21 at The Cleaners at the Ace Hotel Portland and will eventually arrive in Los Angeles, though the date and location is still TBD. 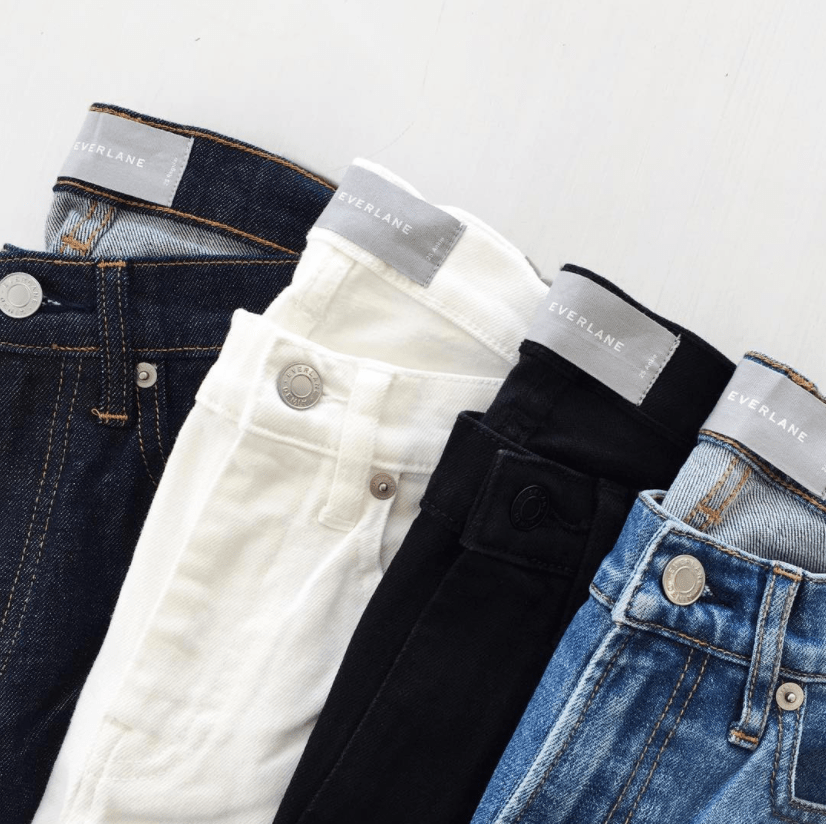