I have no middle name because, as my mom once explained to me, “Your name is Richard Jaroslovsky. Exactly how many others do you think there are?” In the age of Facebook, however, the answer appears to be: a surprising number. And Facebook shows little sign of caring about it.

Not long ago, I discovered several fake pages using my name. A couple used my name with a random word appended. One simply used my exact name.

Why would someone pretend to be me? There are many reasons, none of them good. A common one is that the miscreant resends invitations to your real, current friends, in hopes some will forget you’re already connected. Then they can use Facebook Messenger to promote scams like the ubiquitous “help I was mugged in Mexico and I’m stranded with no money” ploy.

A variation popular this year: The alleged friend steers you to an offer of a “government grant”—the catch being that you have to send a couple thousand dollars up front in “fees” to qualify for the much larger “grant” sure to be coming your way.

In my case, I wasn’t sure what fake Rich was up to, but, good citizen that I am, I dutifully reported him to Facebook. I received this in reply:

Thanks for letting us know about something you think may go against our Community Standards. Reports like yours are an important part of making Facebook a safe and welcoming environment.

In this case, we reviewed the profile you reported and found that it doesn’t go against our Community Standards.

The sole option presented to me was to block this Rich so I wouldn’t see any posts from him on my timeline.

Huh? How can pretending to be me not be a violation of Community Standards? Well, it turns out those standards are something less than ironclad.

Facebook says it will “remove content, disable accounts, and work with law enforcement when we believe there is a genuine risk of physical harm or direct threats to public safety.” Examples include incitements to violence, terrorist or criminal activity, and organized hate groups. O.K., my doppelgänger doesn’t qualify under any of those.

Ah, but how about this one, under the section about “Keeping your account and personal information secure?” Facebook says that if it finds that you have “multiple personal profiles, we may ask you to close the additional profiles. We also remove any profiles that impersonate other people.”

In the case of “Rich,” there’s no evidence visible that the fake account is being actively used at the moment. There are no friends listed, no events visible on the timeline—nothing except a weird profile pic of a bird with a fox’s head.

Meanwhile, my genuine account bears a blue checkmark, signifying that Facebook has vetted me sufficiently to vouch that I am who I say I am. (As if my anguished posts about the San Francisco Giants aren’t enough evidence.) This is supposed to make it less likely that people looking for me will be tricked into friending “Rich,” and I imagine it does. But it doesn’t at all address whatever sketchy purpose fake Rich’s profile was created for.

Particularly since the 2016 election, when Facebook emerged as a major conduit in the spread of fake news, the social network has been on a campaign to impress us with its sense of social responsibility—from CEO Mark Zuckerberg’s highly publicized road trip across America to the hiring of name-brand journalists like former NBC and CNN correspondent Campbell Brown and Liz Spayd, the former New York Times public editor. It’s also experimenting with changes that it claims will combat misinformation and false stories, like a new Related Articles feature.

The goal is to convince us that Facebook cares—that it’s concerned about its reputation, and the illicit uses to which its network can be put.

Still, it’s worth noting that nothing Facebook has done seems to have limited, say, conspiracy-monger Alex Jones’s efforts to convince the world that Michelle Obama is really a man. Not only has the story continued to pop up in newsfeeds, Jones even has his own page on Facebook to spread the tale. Why, look here: He even has a blue verified checkmark next to his name, just like me.

So forgive me if I’m just a little bit cynical about all the company’s loudly professed good intentions. When you get beyond the PR gestures, it sure feels like business as usual.

Oh, and if you should ever happen to run into “Rich,” give him my regards. 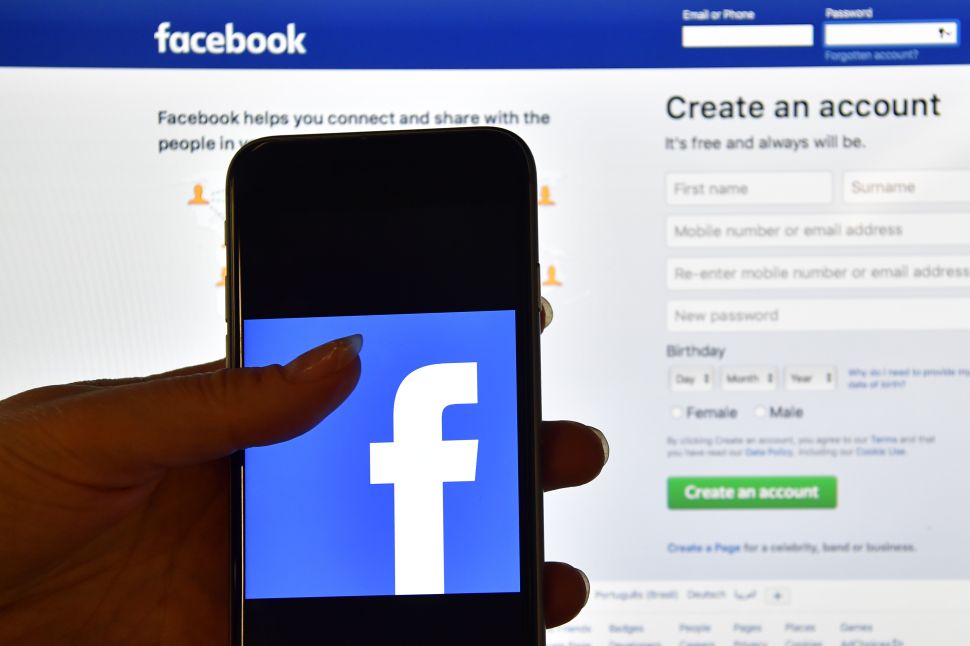