Almost a quarter century after his death, Frank Zappa is going back on tour—thanks to modern technology.

The Zappa Family Trust announced today that it will collaborate with music hologram production company Eyellusion on a posthumous concert tour featuring a holographic Zappa performing with living former bandmates like Steve Vai.

“I’m thrilled that Frank Zappa will finally be going back out on tour playing his most well-known music, as well as some rare and unheard material,” Zappa’s son Ahmet, who is also Eyellusion’s executive vice president for global business development, said in a statement. “We can’t wait to bring his creative work back to the stage with the musicians he loved to play with.”

Production for the Zappa shows will kick off in late 2017, and performances will take place next year.

The planned main event of the tour will be a full staging of Zappa’s three-act rock opera Joe’s Garage, about a young guitarist seduced by rock stardom, groupies and vice. The Zappa hologram would take on the lead role.

It’s not clear whether Zappa will be a true hologram or a Pepper’s Ghost-style illusion, where a picture is simply reflected on a screen using computer generated imagery. Similar projections have been used to bring Tupac Shakur and Michael Jackson back from the dead.

Aside from bringing new technology to the rock concert experience, the show could also serve as a way to end the feud among Zappa’s four children. Ahmet and his sister Diva, trustees of their father’s estate, are estranged from their older siblings Dweezil and Moon Unit.

In fact, when Dweezil wanted to revive his long-running concert tour Zappa Plays Zappa last year, he had to license his own last name in order to do it. He also claims Ahmet and Diva sent him a cease and desist letter (which they deny). As such, Dweezil dubbed the tour “Dweezil Zappa Plays Whatever the Fuck He Wants—The Cease and Desist Tour.”

“How radical would it be to have Moon singing ‘Valley Girl’ onstage with Frank?” he asked “Or to see Dweezil side by side with our father playing dueling guitar solos? That would be my greatest wish.”

Dweezil and Moon Unit have not publicly commented on the hologram news.

Eyellusion has also created a Ronnie James Dio hologram, which will go on a separate tour later this year. Dio died in 2010, and his widow Wendy handles Eyellusion’s industry relations. 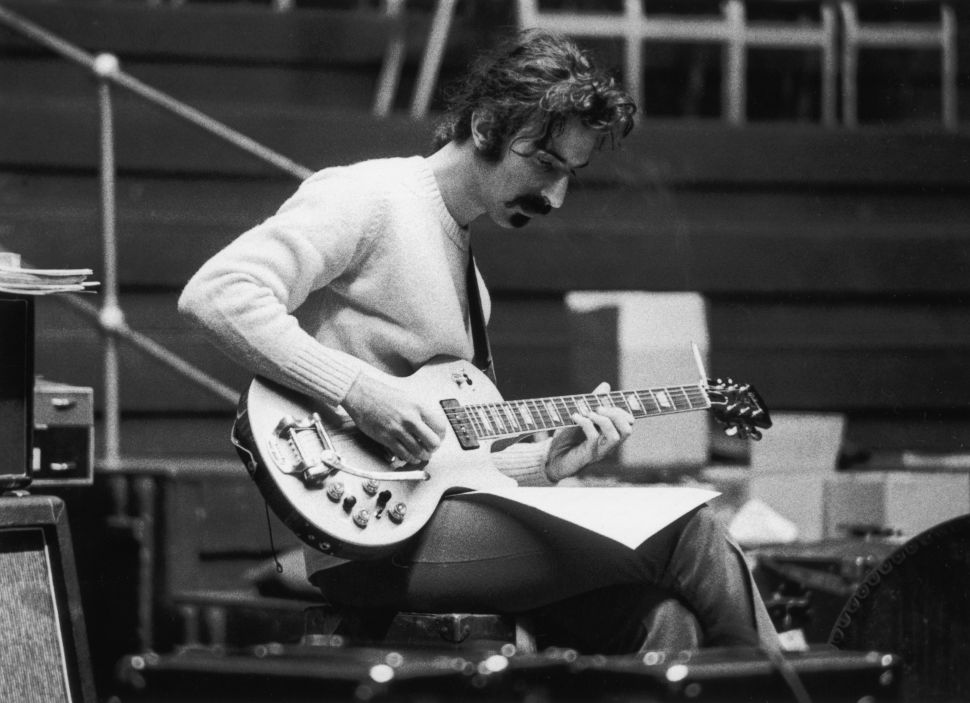