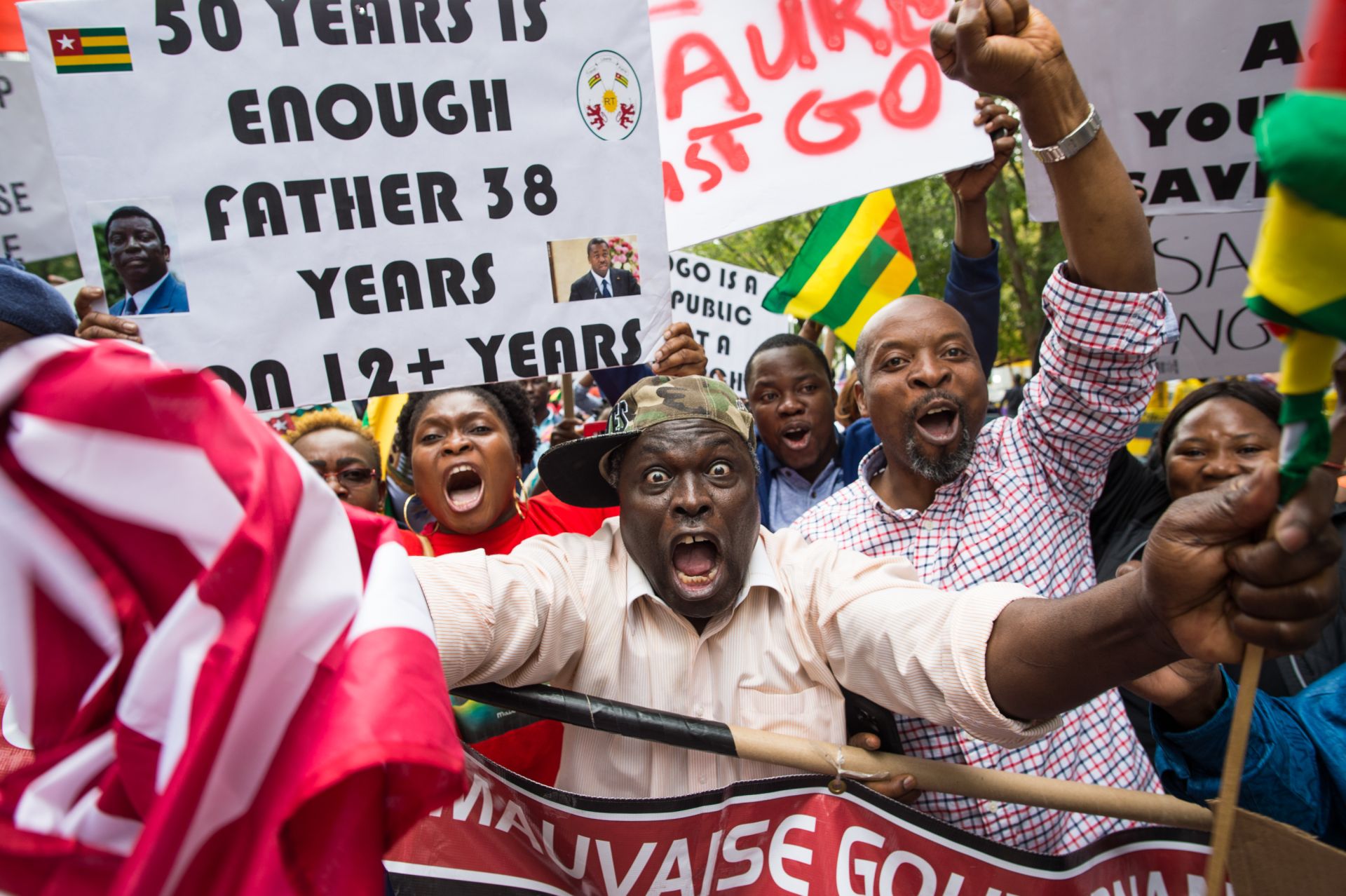 Abdou Razak of Togo demonstrates against Togolese President Faure Gnassingbé, who inherited the position from his father, but has since been re-elected twice. Protestors want him to step down immediately, and to revive a paragraph of the government's constitution stating that no politician should serve more than two terms.
COREY SIPKIN/AFP/Getty Images 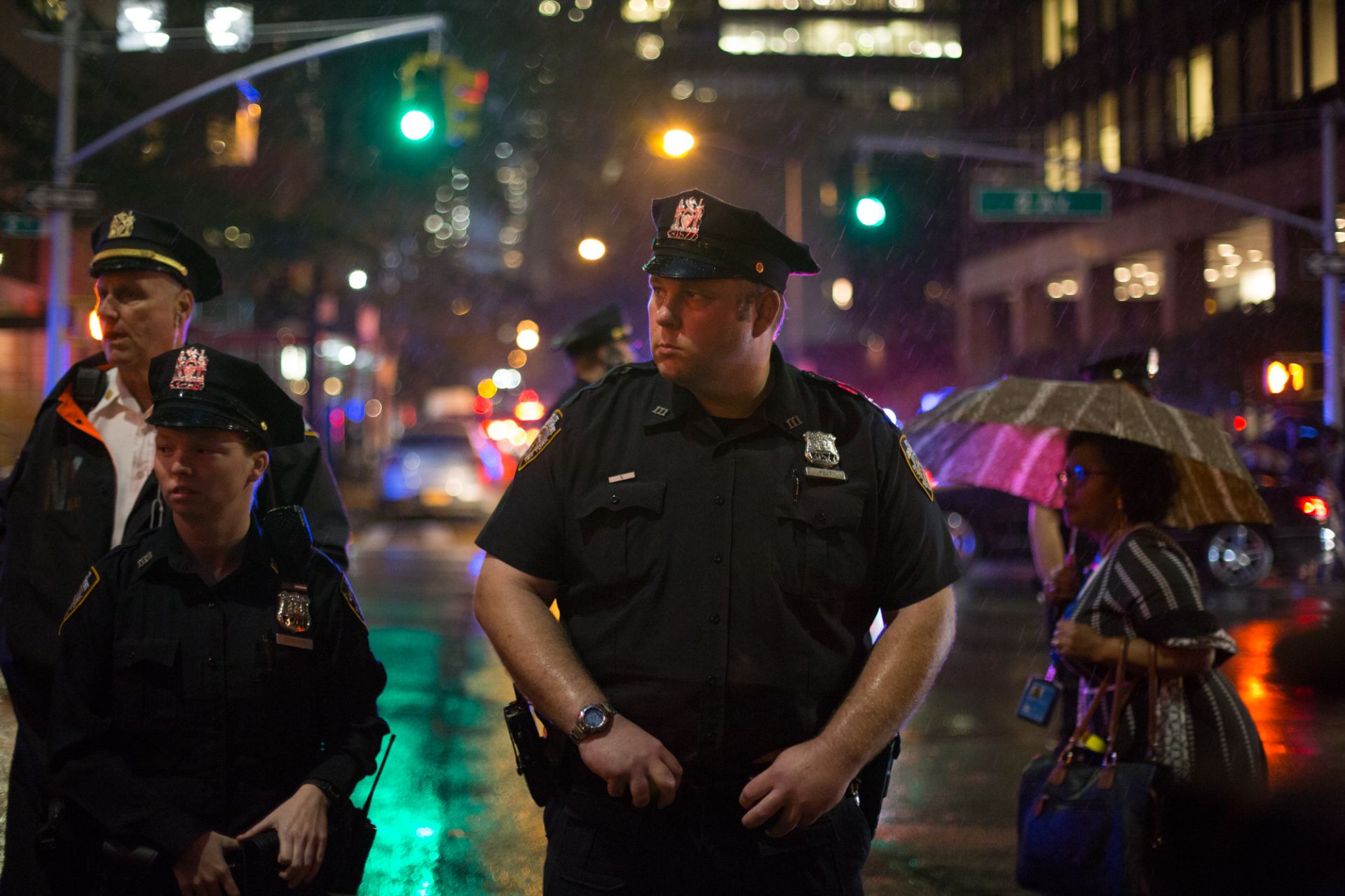 Police watch as activists chanting against xenophobia in the U.S. and in Israel march from Dag Hammarskjold Plaza to Trump Tower.
Kevin Hagen/Getty Images 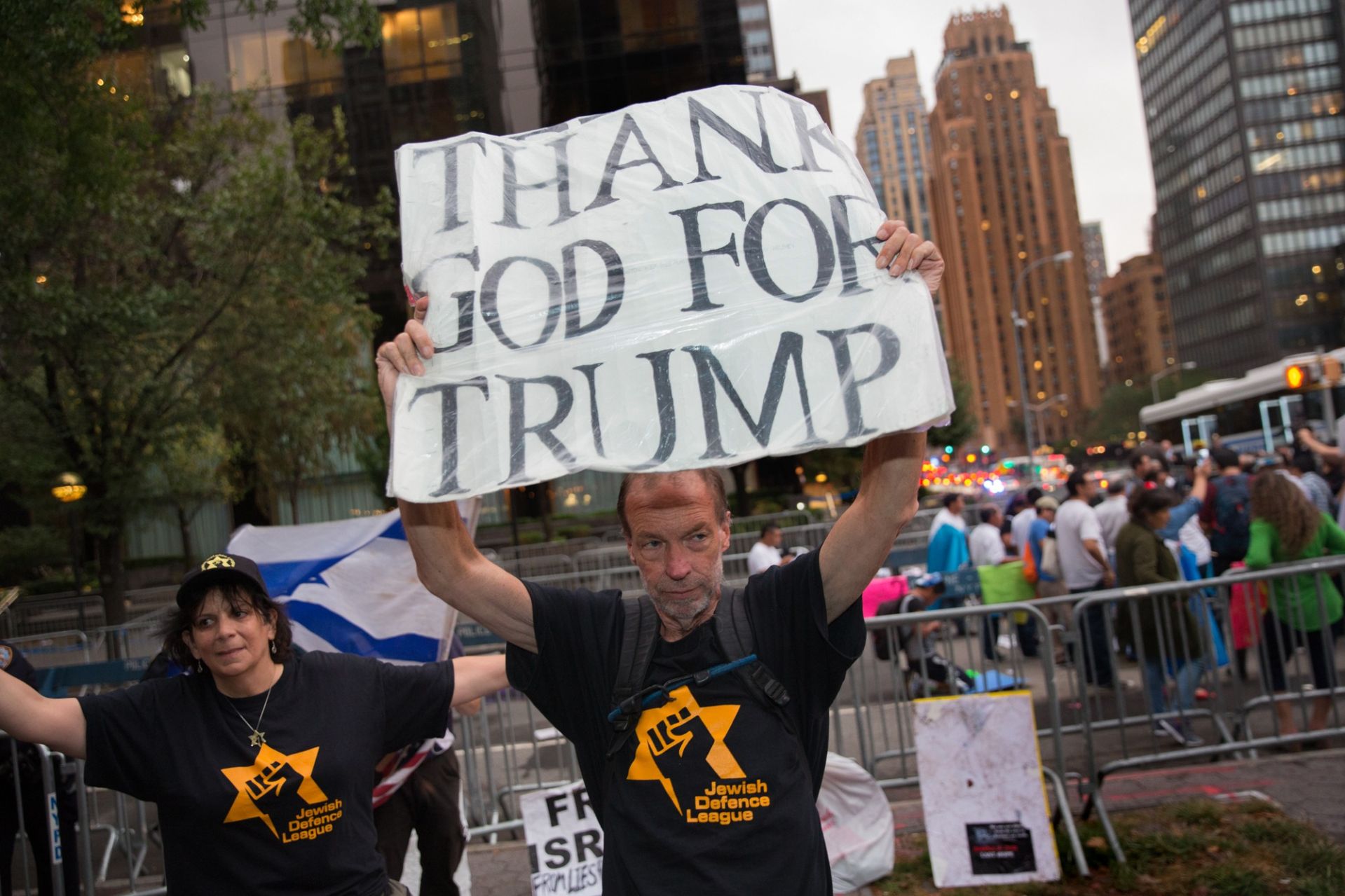 Trump activists demonstrate in Dag Hammarskjold Plaza, across from the United Nations (and a block from Trump World Tower).
Kevin Hagen/Getty Images 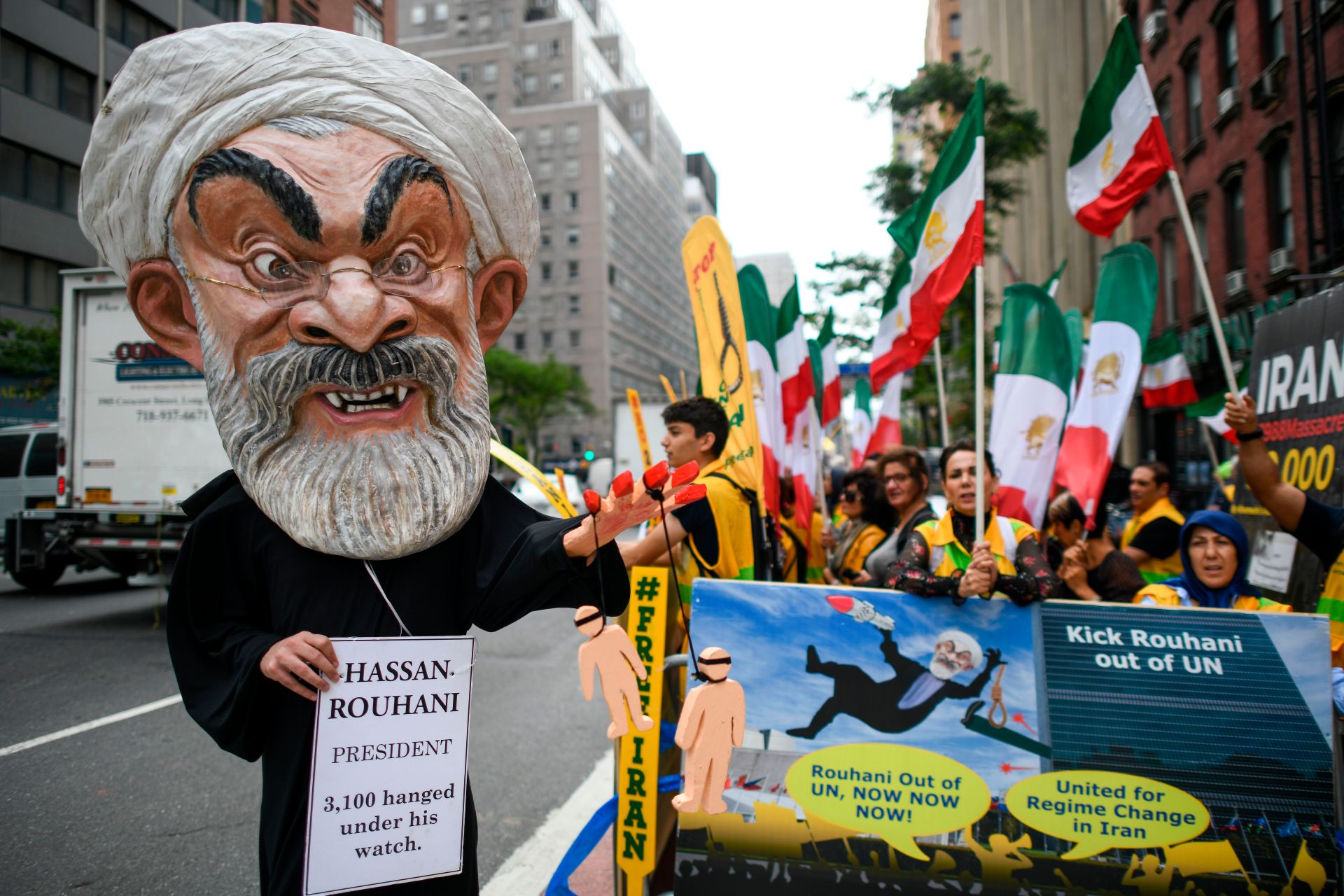 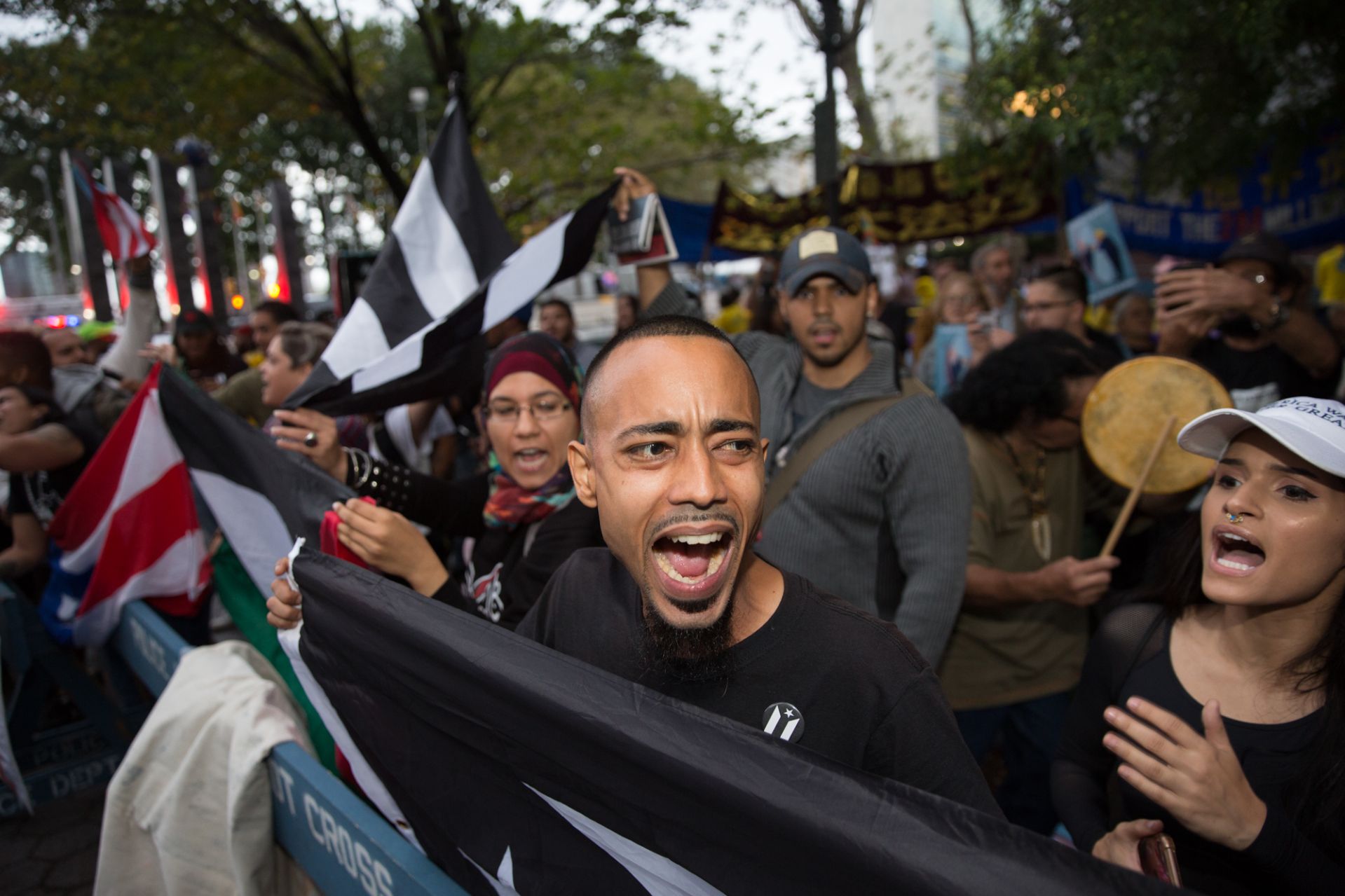 Activists call for an independent Puerto Rico, gathering in Dag Hammarskjold Plaza across from the United Nations.
Kevin Hagen/Getty Images 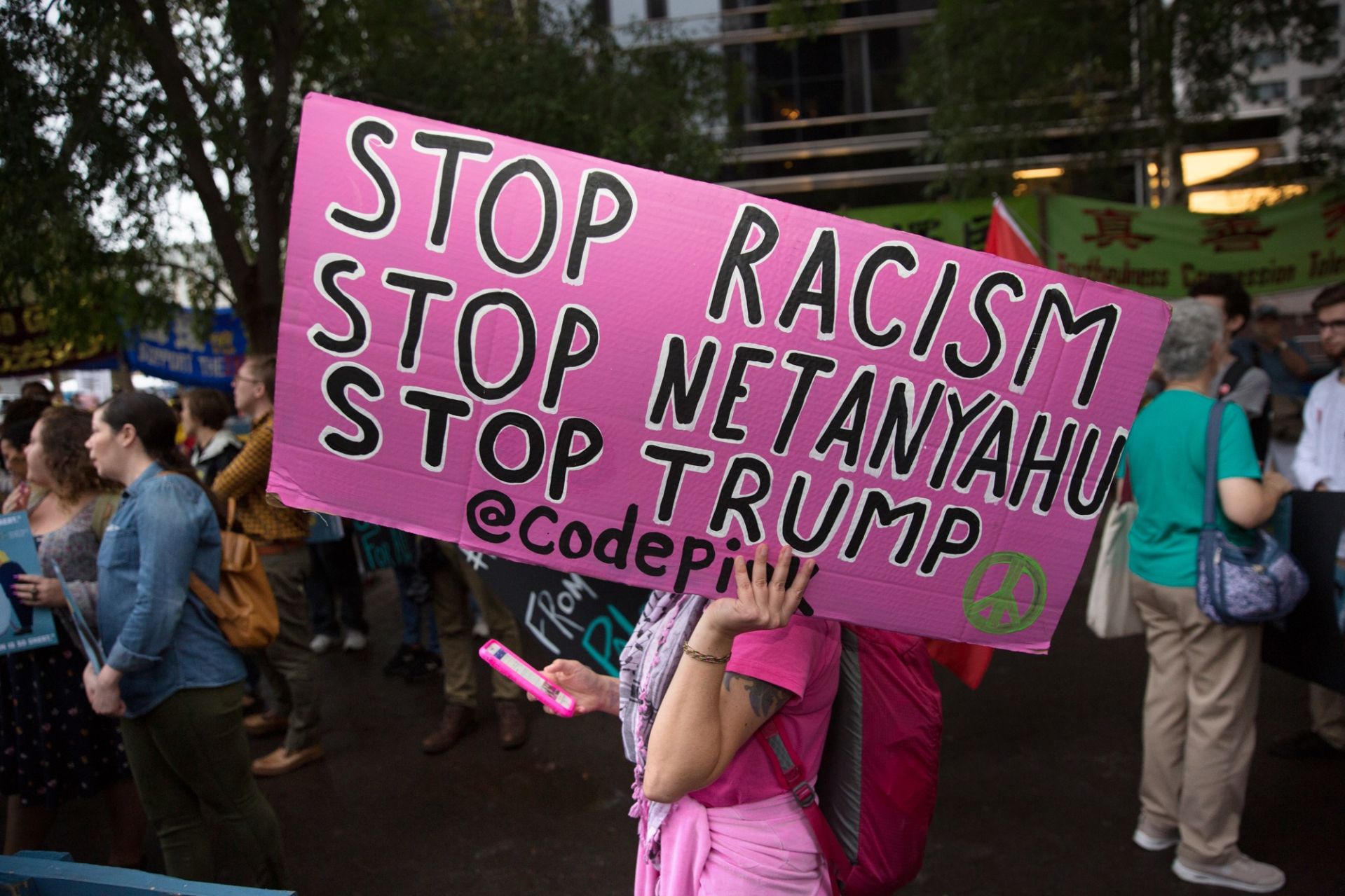 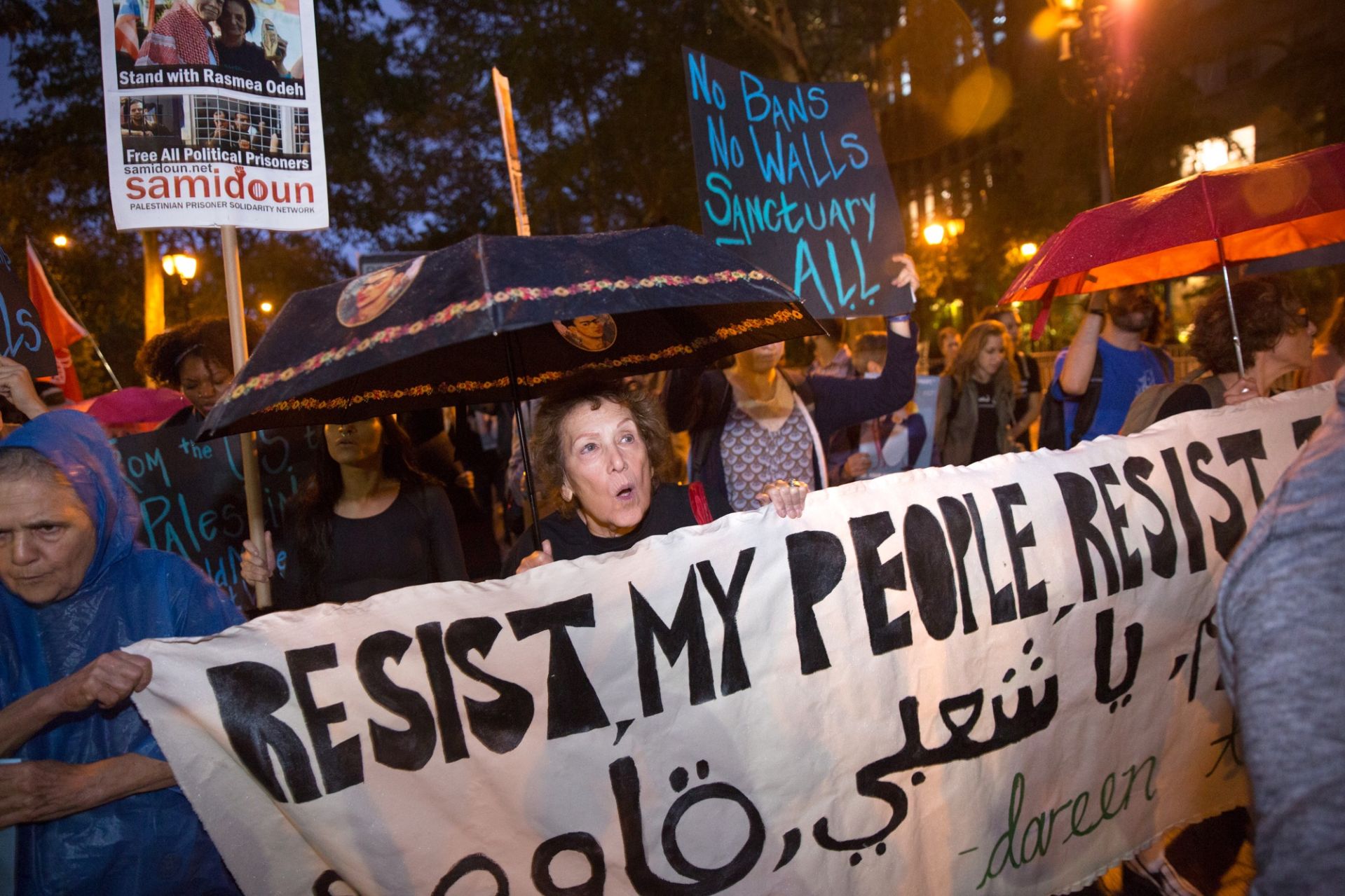 Activists chant against xenophobia in the U.S. and in Israel during a march from Dag Hammarskjold Plaza to Trump Tower.
Kevin Hagen/Getty Images
Advertisement 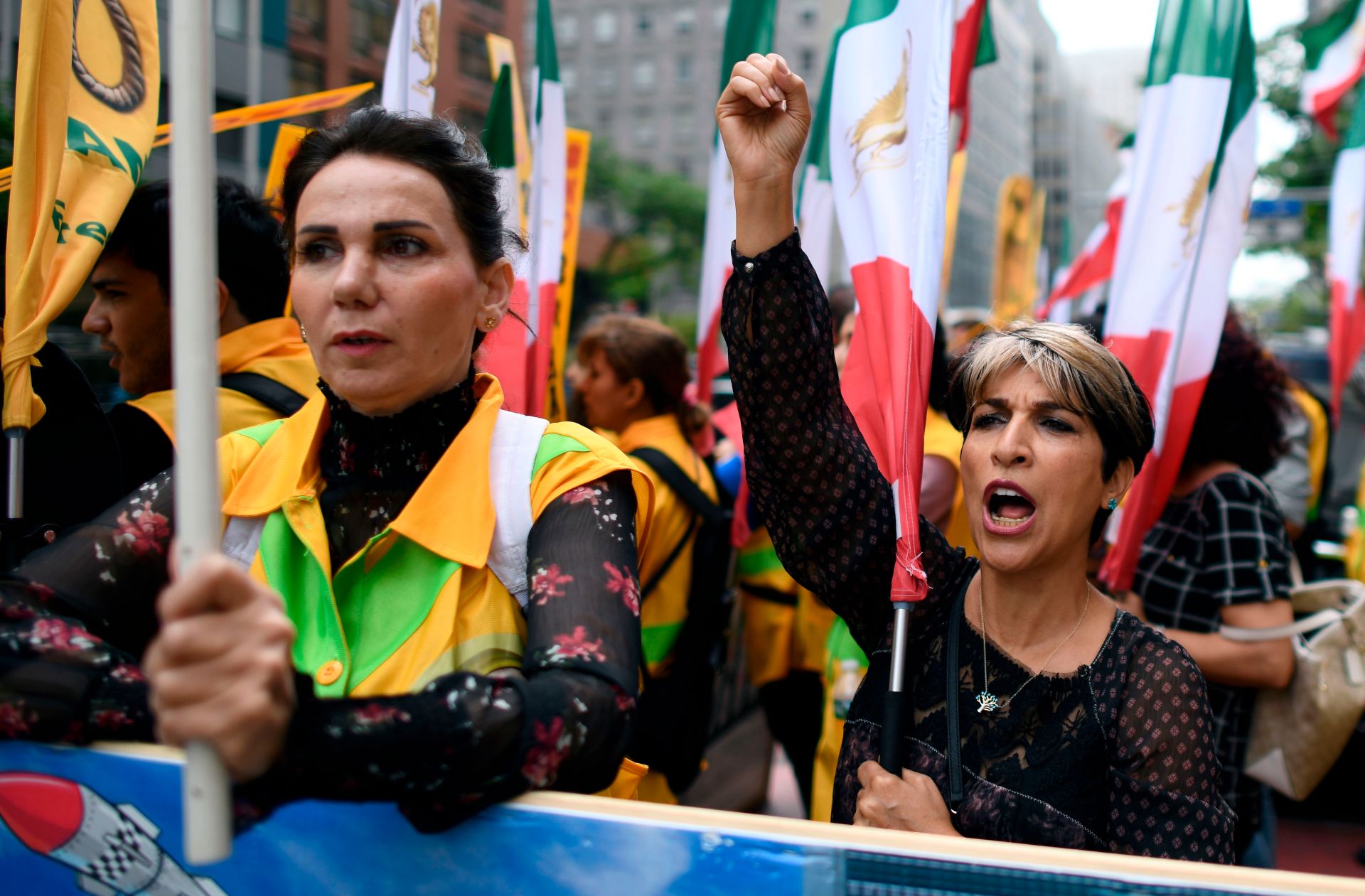 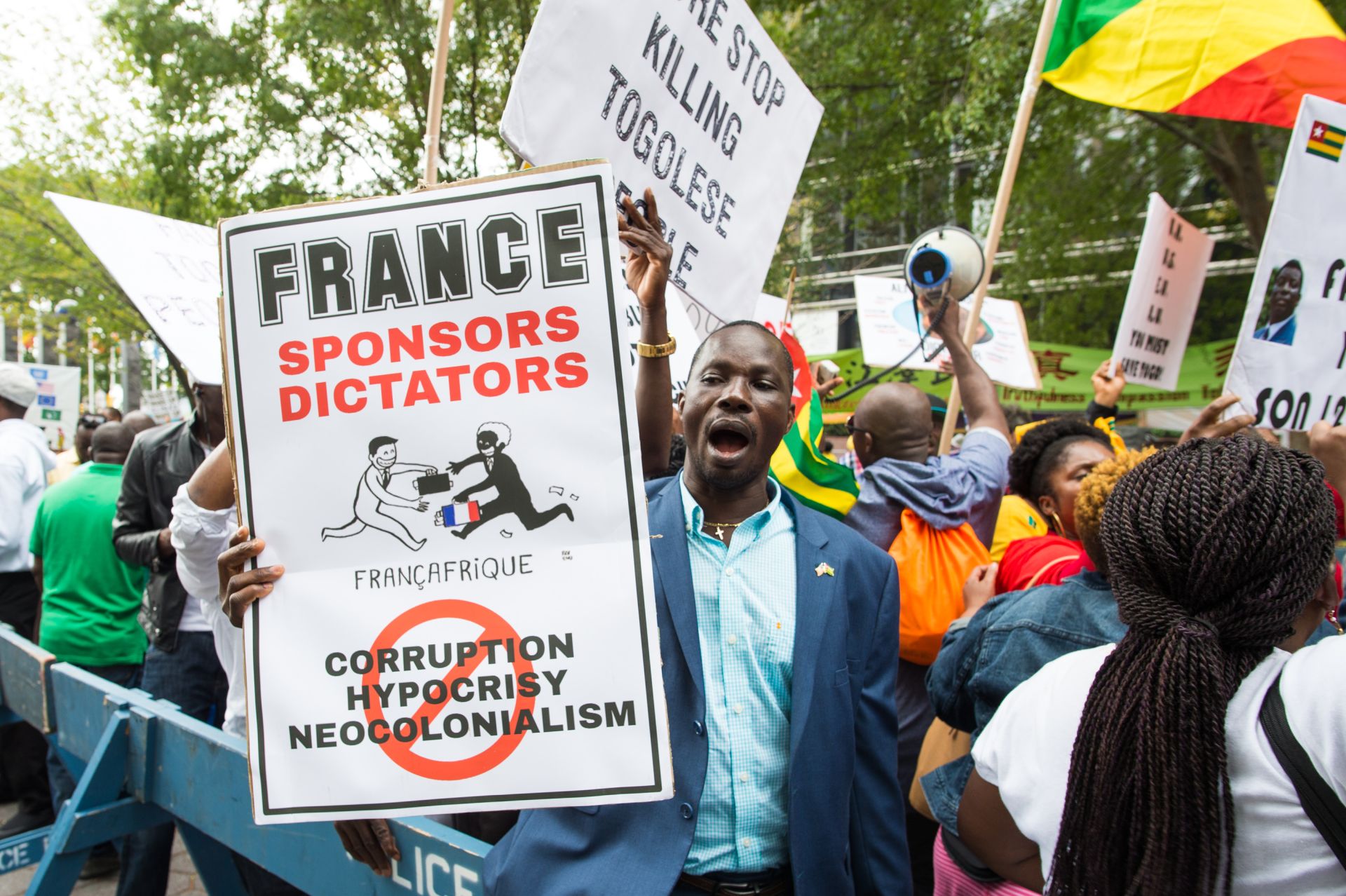 Komlan Kouvodau, 38, of Togo demonstrates with others against President Faure Gnassingbé in Dag Hammarskjold Plaza outside of United Nations headquarters.
COREY SIPKIN/AFP/Getty Images 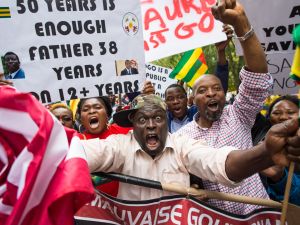 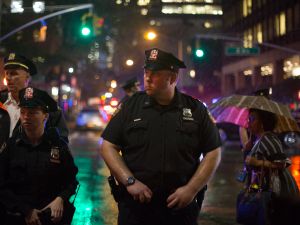 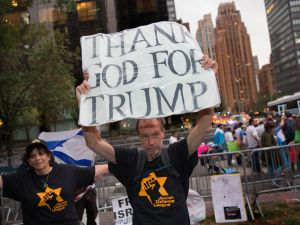 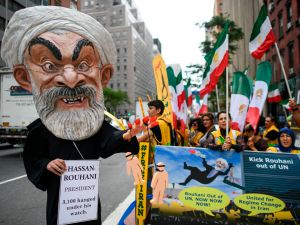 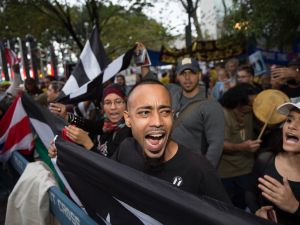 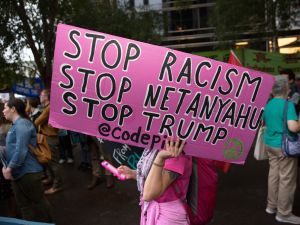 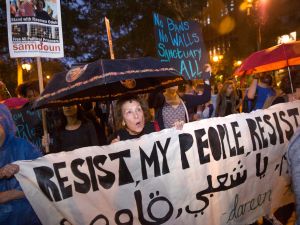 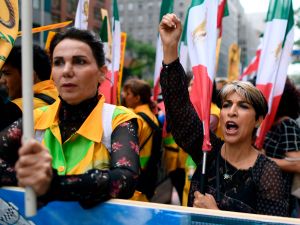 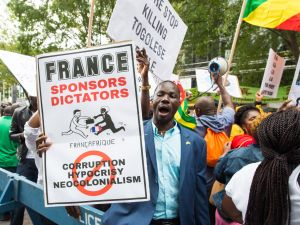 On September 19, global leaders descended upon New York City for the 2017 General Assembly of the United Nations. This week, the most power figures in international politics are discussing and debating the most critical issues affecting countries across the world, and the event is being closely-watched by many. To some New Yorkers, the chaos of UN week is mostly relegated to the street closures and subsequent traffic delays. But to others—and to the rest of the world—the dialogue also rests with the protesters who have flooded Dag Hammarskjold Plaza in an effort to capture the UN’s attention.

Only two days into the General Assembly, the following images show these activists coming out in force. And, despite Donald Trump’s speech—which many found to be inflammatory—most of these issues are much larger (and longer-lasting) than the 45th president of the United States.