Goutam Jois, a lawyer who just left the New York firm Gibson Dunn and Crutcher, announced Thursday that he will be challenging Rep. Leonard Lance (R-7) in the 2018 midterms.

Gibson Dunn is the law firm that billed New Jersey taxpayers millions of dollars to investigate the Bridgegate scandal at Gov. Chris Christie’s behest. The law firm produced a widely panned report that uncovered no wrongdoing yet, at the same time, declared Christie innocent.

The Gibson Dunn team interviewed no staff members at the Port Authority of New York and New Jersey — which runs the George Washington Bridge — and none of the principal players in the traffic jam before reaching its conclusions.

Jois, a Democrat, said he had nothing to do with the Gibson Dunn report that exonerated the governor. Invoices released by the state do not list him as being involved in the investigation.

“I know nothing about it beyond what’s in the papers,” Jois said Thursday, his last day at the firm after five years.

Jois, 35, said his experience as a civil rights and immigration lawyer would help Congress be a check on President Trump. Jois said he represented an unarmed black man who was shot by police and obtained asylum for a gay man from Jamaica, among other victories.

“I think I have the vision, the message and the unique experience to take on Leonard Lance and to talk about the issues that are relevant today,” he told Observer. “Civil liberties and civil rights are under attack, and I’ve been litigating civil rights cases for a decade.”

Jois, a corporate lawyer and New Jersey native who lives in Summit, said he would push for universal health care, a higher minimum wage and college affordability if elected. In a statement announcing his candidacy, he accused Trump of dividing the country. In an interview, he quickly tied Lance to the president.

“Fundamentally, the biggest and most concerning issue about Leonard Lance is he can’t be trusted to be straight with his constituents,” Jois said. “At his town halls he talks about standing up to the president, but he votes with the president over 90 percent of the time.”

Gibson Dunn’s Bridgegate team, led by Randy Mastro, also was criticized by a federal judge for erasing notes from their interviews with Christie and others. And one of the lawyers who was present for Christie’s interviews was a personal friend, Debra Wong Yang, who then hosted a fundraiser for Christie’s presidential campaign. Christie as U.S. attorney had awarded Wong Yang a lucrative federal monitor contract, their two families vacationed together, and Wong Yang’s daughter for a time was an intern in Christie’s office.

The firm and a subcontractor had billed state taxpayers more than $11 million for their work as of November 2016, which also included responding to subpoenas and preparing witnesses for various hearings into the bridge scandal.

Jois isn’t alone in challenging Lance. Four other Democrats have already jumped in the race: Lisa Mandelblatt, Linda Weber, Scott Salmon and Peter Jacob. While the 7th congressional district has been a reliably Republican one over the years, Democrats believe attitudes have been changing and have been targeting Lance ahead of the 2018 midterms. The Cook Political Report has shifted the district to the left, noting that Republican efforts to repeal and replace the Affordable Care Act changed some political dynamics in the state and created an opening for Democrats to make gains in the Republican-controlled House.

Lance opposed the Republican House bill to repeal and replace Obamacare this year, but he supported a watered-down version in a committee vote. He has been an outspoken Trump critic on a range of issues and has faced angry constituents at five town halls this year.

Jois blasted Trump’s decision to phase out a program that allowed undocumented immigrants who came to the country as children obtain temporary work permits. The Deferred Action for Childhood Arrivals (DACA) program will end in six months.

Jois said he does stand-up comedy on the side and has been an activist for the last two decades. He was Youth Governor of New Jersey in high school and led community organizing and litigation efforts on behalf of low-income tenants while in law school, according to a news release. 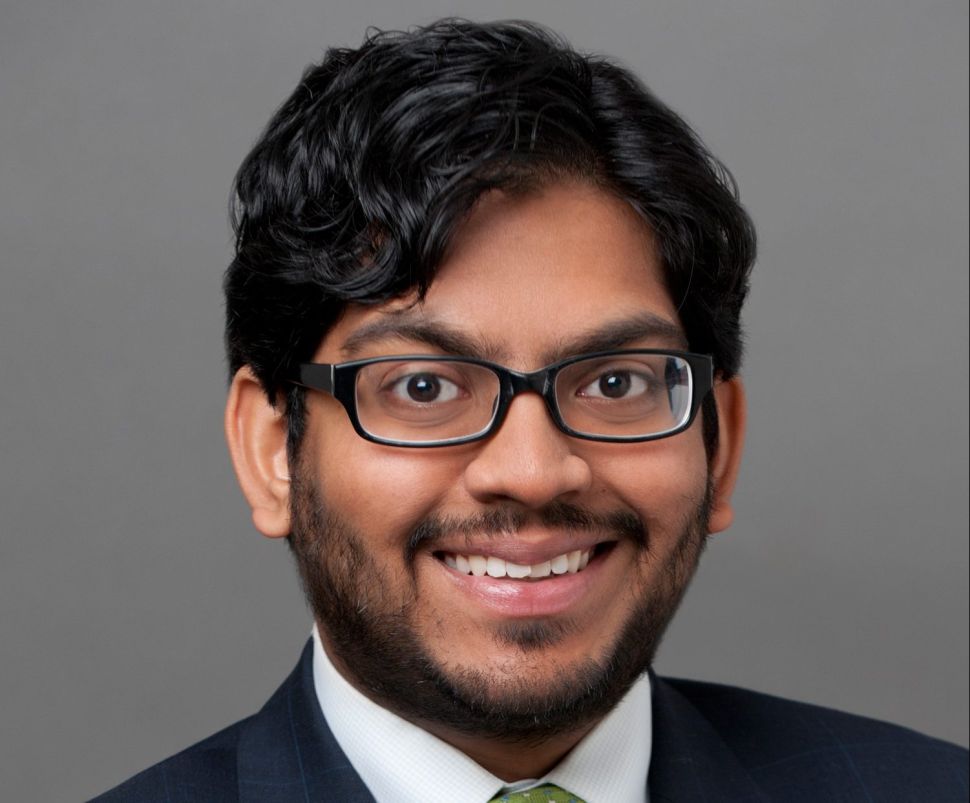