The Trump administration and Silicon Valley haven’t seen eye to eye on much, but they’re putting their differences aside in the name of computer science education.

Ivanka Trump (whose own issues with technology were revealed yesterday) will announce at an event in Detroit today that some of the world’s biggest tech companies are committing over $300 million to a new education initiative. Facebook, Google, Microsoft and Amazon are all part of the program, which is co-sponsored by the White House.

The funding is part of the White House’s new project to boost STEM and computer science skills among K-12 students, which was announced yesterday. The private sector money will be combined with at least $200 million in grants from the Department of Education. The funds will be spent on a nationwide computer science curriculum beginning in the 2018 fiscal year.

“The workplace is changing. We need to create new pathways for all our citizens to get the best jobs,” President Donald Trump said in a White House pool report. “My administration will do everything possible to provide young people, especially kids in underserved areas, with access to high quality education in science, technology, engineering and math.”

Amazon, Facebook, Google, Microsoft and Salesforce will each commit $50 million to the venture, while Lockheed Martin will contribute $25 million. Digital marketing firm Accenture, online education company Pluralsight and General Motors will each give $10 million. Intuit will donate an undisclosed amount, while foundations and private individuals will chip in $3 million.

The funding was coordinated by Lockheed Martin, Quicken Loans and the Internet Association, a lobbying and public policy group that represents 43 major tech firms. The association will also “provide a significant contribution” to the fund.

This funding push is vitally needed because according to the Information Technology and Innovation Foundation, only 10 percent of schools nationwide offer computer science or programming courses.

The money will also be used to help lessen the racial and gender inequity in STEM education, and hopefully by extension fix Silicon Valley’s gender wage gap. Women own only five percent of startups and earn only 18 percent of computer science degrees. It’s just as bad in the corporate world—females hold only 11 percent of executive positions at Silicon Valley companies.

That doesn’t mean young women aren’t interested in these careers. Indeed, the Computing Technology Industry Association reports that 69 percent of women who don’t pursue technology careers make that choice because they don’t know what options are available to them. Officials hope this funding will change that. 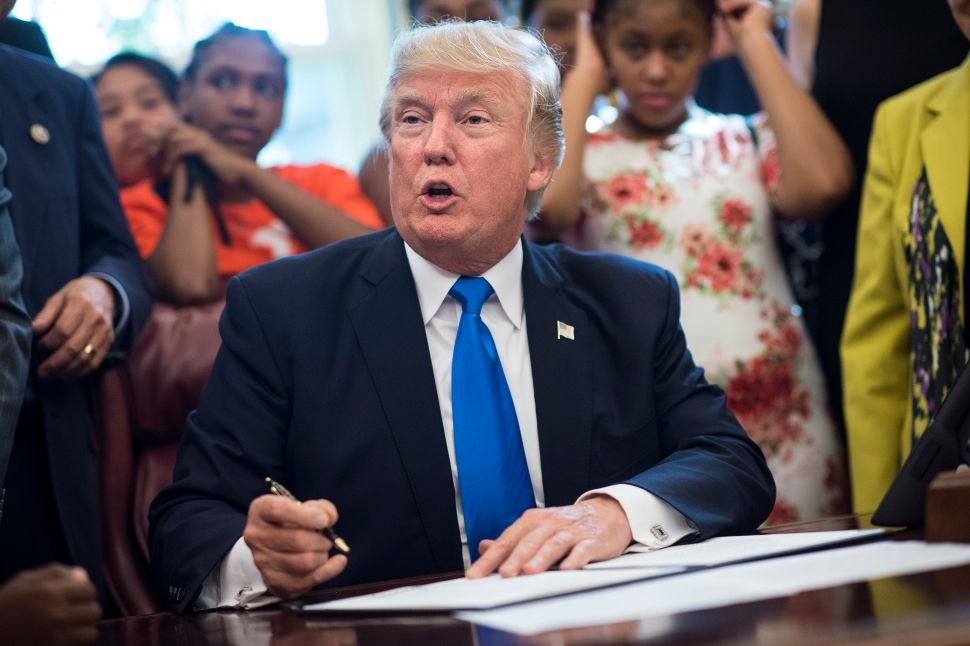