Turns out a lot of people want to find out What Happened.

Publisher Simon & Schuster announced today that Hillary Clinton’s memoir detailing her loss in the 2016 election sold more than 300,000 hardcover, e-book and audio copies during its first week in release.

What Happened sold 168,000 hardcover copies alone, which represents the highest sales for a nonfiction book since 2012, when Mark Owen’s No Easy Day (which detailed the killing of Osama bin Laden) sold 250,00 copies in its first week.

According to Simon & Schuster, more What Happened e-books were sold last week than any nonfiction release from the publisher since Walter Isaacson’s Steve Jobs in 2011. The book also set a company record for weekly digital audio sales.

Clinton’s story also has international appeal—What Happened is number one on the Sunday Times bestseller list in the U.K. as well.

“The remarkable response to What Happened indicates that, notwithstanding all that has been written and discussed over the last year, there is clearly an overwhelming desire among readers to learn about and experience, from Hillary Clinton’s singular perspective, the historic events of the 2016 election,” Simon & Schuster chairman and CEO Carolyn Reidy said. “In its candor and immediacy, What Happened is satisfying that demand.”

The campaign memoir also far exceeded the first week sales of Clinton’s last book Hard Choices, which detailed her years as secretary of state—that volume only sold about 100,000 copies in its initial release.

But What Happened couldn’t match the opening sales figures of Clinton’s 2003 book Living History, in which she addressed her husband’s affair with Monica Lewinsky. The tell-all, which was released before the rise of e-books when bookstores like Borders and Barnes & Noble still reigned supreme, sold a whopping 600,000 copies in its first week on shelves.

However, Clinton can take comfort in the fact that sales of What Happened far outpaced books by her 2016 rivals. President Donald Trump’s 1987 memoir and advice book The Art of the Deal gained popularity during his presidential run, but still only sold about 1.1 million copies.

Clinton’s other Republican rivals fared even worse. Mike Huckabee’s God, Guns, Grits and Gravy sold about 66,000 copies, while Ted Cruz’s A Time for Truth only sold about 12,000. Books by Rand Paul, Marco Rubio, Carly Fiorina and Rick Santorum all sold fewer than 10,000 copies during the campaign. 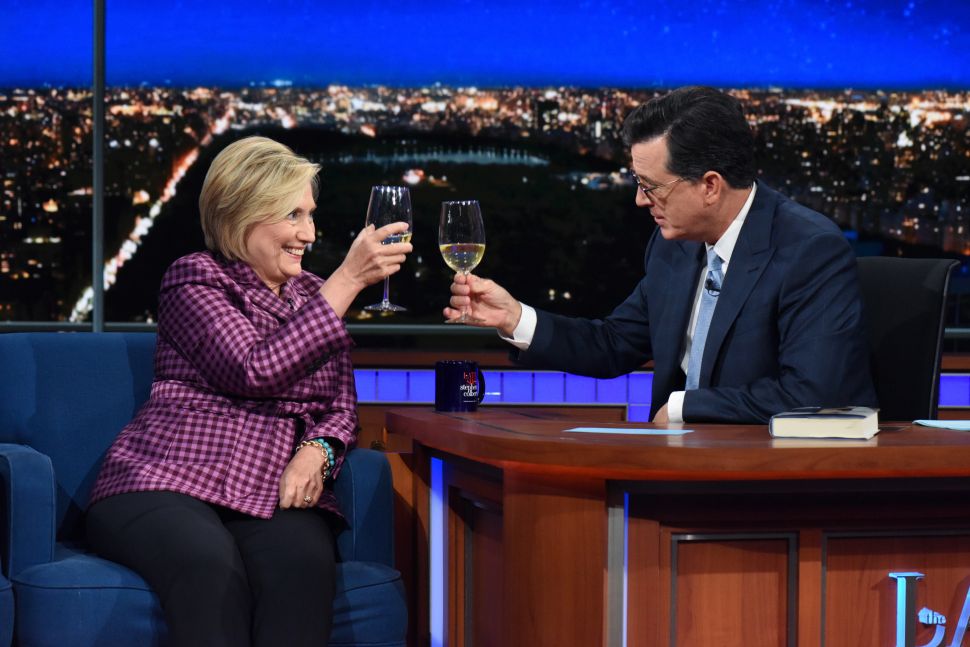