Our leaders in Washington seem incapable of solving even the simplest of problems.

Establishment Republican leaders cannot let a crisis pass without trying to use it to shove through unpopular legislation. Their new hack is to use a must pass, popular Harvey disaster relief bill to carry an unpopular, massive increase in government spending authority. Congress seems incapable of cutting even one dollar of spending. Leadership knows the best opportunity to cut spending is to use the debt limit to carry tough and deep spending reforms and cuts.

If Congress were to convene this week and take up a $7.9 billion disaster relief package to help people harmed by Hurricane Harvey, that bill would pass. Yet some in the Trump administration and Congress want to use the relief package to carry a hike in the federal government’s borrowing authority, known as the debt limit. Conservative members of Congress argue that any debt limit increase should be married to strong spending reform measures.

Secretary of the Treasury Steve Mnuchin confirmed on Fox News Sunday what many reports have disclosed: Leadership in Congress is going to hold a disaster relief package hostage to carry a debt limit hike to the president’s desk. Mnuchin is calling for a “clean” debt limit hike. “Clean” means no spending reforms.

Hiking the debt limit without reforming spending programs will be opposed by the House Freedom Caucus (HFC) and fiscal conservatives like Sens. Rand Paul and Mike Lee. Reuters reported in June, “The House Freedom Caucus, an influential group of about three dozen conservative Republican lawmakers to which Mulvaney once belonged, has called for any increase in the debt ceiling to be linked to reforms that cut unnecessary spending and work toward balancing the U.S. budget.” The report indicated that Congressman Mark Meadows is pushing a smaller than requested $1.5 trillion hiking of the debt ceiling with “structural reforms” to spending programs attached.

It is possible that tying Harvey aid to the debt limit and daring conservatives to block the package will lead to its failure, meaning Harvey relief funding never makes it to those in need.

On September 2, Fortune reported, “A senior House Republican, who spoke on condition of anonymity because the deliberations were private, disclosed the approach. It ignores objections from House conservatives who are insisting that disaster money for Harvey should not be paired with the debt limit increase. Other senior GOP aides cautioned that no final decision had been made, and Democrats, whose votes would be needed in the Senate, have not signed off on the approach.” Establishment Republicans are willing to team up with Democrats to bully fiscally conservative Republicans with the threat of being blamed for not helping Harvey victims.

The debt limit should be handled separately from any other measure to help imposed spending cuts now that our nation is carrying $20 trillion in debt. The Heritage Foundation recommends, “Lawmakers should adopt spending cuts and critical reforms to stop out-of-control spending and debt. A fiscal crisis that forces lawmakers to take action when investors lose confidence in the U.S. government would have far worse consequences than deliberate congressional action now, to ensure that necessary government functions are sustained. Instead, Senate Republican leaders are signaling willingness to pair a debt-limit increase with a relaxation of the discretionary spending limits established by the 2011 Budget Control Act.” In typical fashion, establishment Republicans want to use the debt limit increase to undo spending cuts that were agreed to as part of the 2011 Debt Limit legislation that resulted in an annual sequester of cuts.

Yet again, our leaders in Washington are in the process of making a big mistake. Instead of passing a billion dollar package to help victims of Hurricane Harvey and then moving on to the debt limit debate, Congress is conflating the two issues, which will ultimately delay help to people in need.

Brian Darling is former Sr. Communications Director and Counsel for Sen. Rand Paul (R-Ky.). He can be followed on Twitter @BrianHDarling 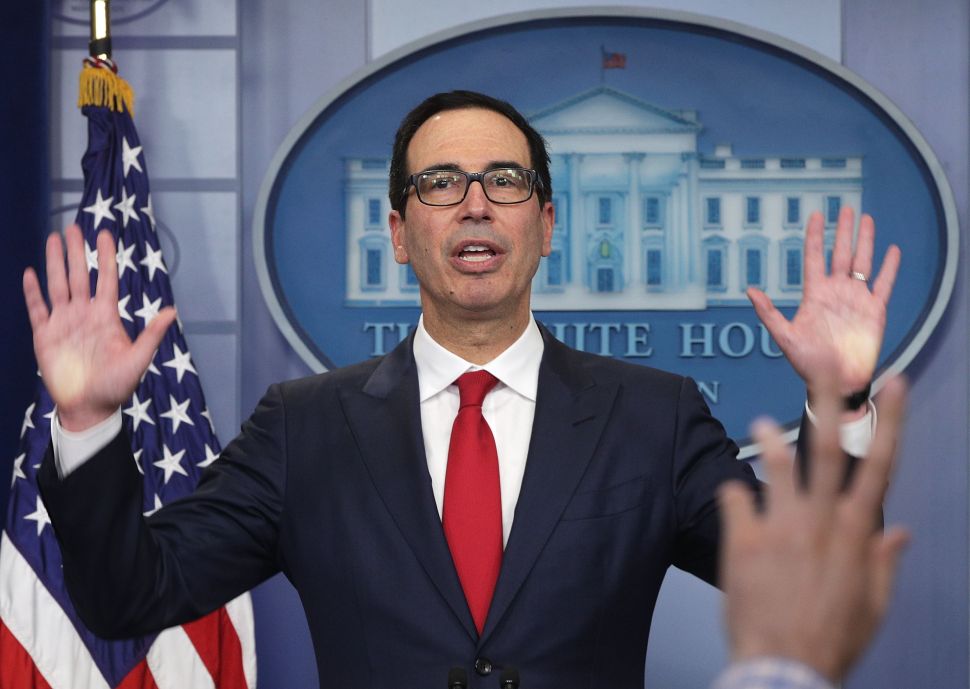