The Middle East might explode on September 25, the day the Kurds of the Kurdish Regional Government (KRG) in northern Iraq will vote for independence.

Five million Kurds live in the KRG. They constitute 15 percent of the 37 million people living in Iraq, and most of them live within the area administered by the Kurdish Regional Government. On election day, eligible adults will cast their votes, and most will opt for independence.

The Shiites, who now govern Iraq, have said they will not recognize an independent Kurdish state. However, the Iraqi army is preoccupied fighting ISIS and, even if they had the time and manpower, they are no match for the Kurds, who already control their border.

Yet, just days before the election, Iraqi leadership publicly and insistently declared they will not allow the establishment of a Kurdish state. Iraq’s disfavor with the Kurds is no secret. The office of Iraqi Vice President Nuri al Maliki released a statement divulging the substance of his meeting discussing the Kurdish situation with U.S. Ambassador to Iraq Douglas Silliman. The message was threatening and clear: “We will not allow the creation of a second Israel in the north of Iraq.”

In comparing Kurdish independence and Israel, Maliki was not paying either party a compliment.

The vice president is threatening to take military action against the Kurds if they declare independence. AFP (Agence France press) quoted Maliki saying, “Call off the (September 25) referendum that is contrary to the constitution and does not serve the general interests of the Iraqi people, not even the particular interests of the Kurds.”

Flattering or not, there are parallels between the Kurds and Israel. Both are oppressed and must fight to win because if they lose, they will be destroyed. Neither Kurds nor Israelis can hide and unobtrusively slip in with the rest of their environment.

Issued on September 13, the prime minister’s official statement reads, “Israel supports the legitimate efforts of the Kurdish people to achieve their own state.”

There are reports of Israeli flags being flown in Kurdish streets, and the Kurds and Israel have enjoyed trusted relations over the years, somewhat publicly. But much of their interactions, especially Israel’s aid and training to the Kurds, has been surreptitious.

The White House called the vote “significantly destabilizing.” The UN also came out against it.

Turkey and Iran have also expressed their displeasure with the Kurds’ bid for independence. While Iraq is home to a significant Kurdish population, 75 percent of Kurds are split between Turkey and Iran.

And that is where a real possibility of war may emerge.

Turks will do anything to prevent a Kurdish state. Iran does not want to cede any land, nor do they want their Kurds to join the new Iraqi Kurdish state. If battle breaks out, the conflict will be between Kurds in Iraq, Turkey and Iran. There will be huge losses, but in the end an independent state might emerge, carved out of Turkey, Iran and Iraq.

There is another horrible possibility: massacre. If the situation gets out of hand, genocide of the Kurdish population may take place. A vote for independence may be a vote for battle, and it will pit the Kurds not only against Iraq, Iran and Turkey but also against Saudi Arabia.

Should that happen, millions of Kurds will be murdered. 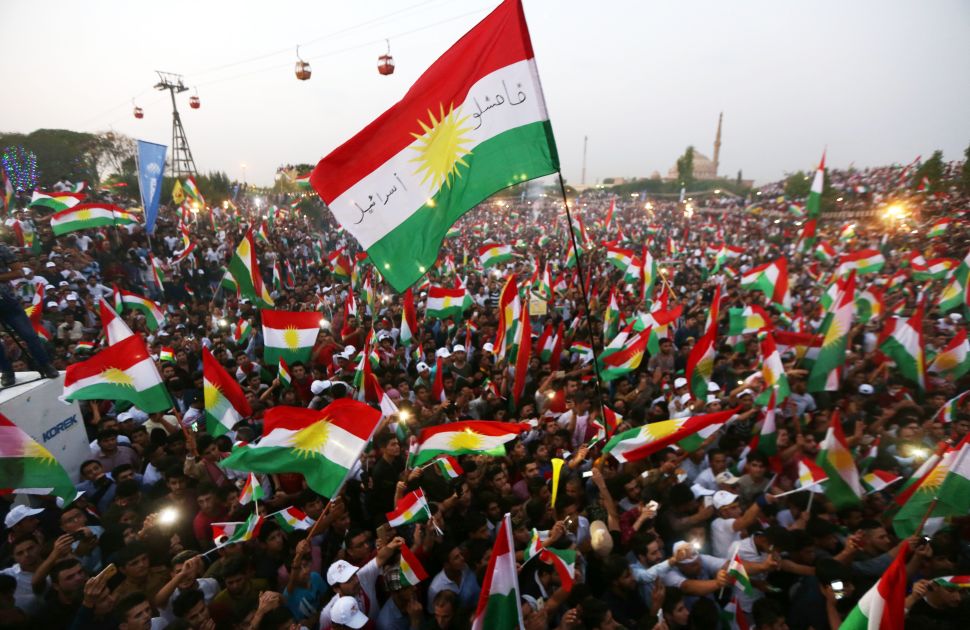