There’s a scene in Stronger—the emotionally resonant story of real-life Boston bombing victim Jeff Bauman, who lost both his legs in the attack—where star Jake Gyllenhaal is getting his bandages removed in the hospital. For both the character and the audience, it’s the first real look at the devastation that leveled Jeff and many others on April 15, 2013. It’s also the first time Stronger deftly personalizes the terrorist attack and the harsh realities of its fallout. But rather than linger on Jeff’s legs and what’s not there, director David Gordon Green focuses the entire scene on Gyllenhaal’s face in a tight closeup, never wavering.

The pain is obvious, as Gyllenhaal—who continues to put together an intriguingly eclectic career—clenches and shrieks in agony. His cheeks are still dotted with abrasions suffered in the attack, his brow is a sweaty, dirty mess of tension. His curly brown hair is slick and unkempt, reaching every which way without a good wash. Gyllenhaal puts on a fantastic performance that reaches into your guts and squeezes, prompting you to squirm and shrink in your seat. But the physical transformation, the small, specific and special touches that make you believe, is all Donald Mowat.

Mowat worked as the makeup and hair designer for Stronger and just about every other good movie in the last decade. Nocturnal Animals, Spectre, Nightcrawler, Sicario, Skyfall, The Fighter, The Other Guys, The Departed, even the upcoming Blade Runner 2049 (which is getting fantastic reviews). The Emmy-winning make-up master has a resume as good as any other in Hollywood. But you might be surprised to hear his secret to success.

“I like to be not so noticed. I want to help tell the story but not be the story,” Mowat told the Observer. Trying not to be noticed? Are we even in Hollywood anymore?

“When you’re in charge of the whole look, it’s very challenging. You’re building the entire character. When the audience doesn’t notice it is when I feel like I’ve done a great job.”

Mowat specializes in realism; you won’t see him taking on any projects with orcs or aliens (though he enjoys them as a fan). He’s more interested in the grounded and human aspects of characterization. The first step in that lane with Stronger was trying to figure out how to make Gyllenhaal and Tatiana Maslany look less like Hollywood stars and more like you and me.

“People sometimes can be too beautiful and then they’re not believable,” Mowat said. But Stronger‘s two leads were up for anything, including colored eye contacts, questionable hairstyles and a general look that trended more towards haggard and traumatized than Red Carpet. There was no vanity here.

But more than establish a realistic look for these characters, Mowat needed to have their physical appearances parallel the developing narrative. It’s subtle, but it brings you further into the story as a viewer.

“I did always think with Tatiana—she’s very attractive. You can glam her up very easily. It’s quite hard to make her look not beautiful. But [her character] Erin is more of a natural beauty, very wholesome and girl next door-ish. That wholesomeness and freshness changes throughout the movie. When she’s in the hospital room, she’s dehydrated, her lips are chapped.”

The same goes for Gyllenhaal, who starts the film off with his trademark boyish charm before devolving into an exhausted and troubled state of PTSD and drunkenness.

“Jake really does do it and he commits…We had to make him not so appealing, so we gave him that terrible perm. But it turns out it’s not terrible, it’s quite endearing.”

Though Stronger is peppered with surprisingly warm humor, it is still a film about suffering and painful rehabilitation. Mowat felt that looming sense of importance from the beginning.

“Meeting Jeff, it became about so many different things…There’s just something about suffering that resonates deeply,” he said. “Sometimes, I think that films that are not a lot of fun to work on are the better films. Stronger had some tough days. I love it as a film, it exceeded my expectations. 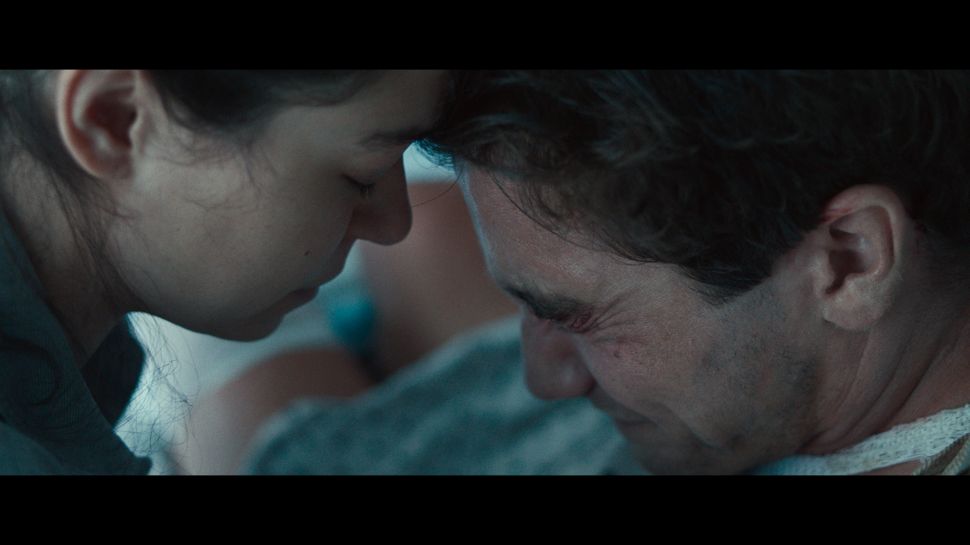