Popular singer-songwriter Jason Mraz is headed to Broadway with Waitress. According to Page Six, the two-time Grammy Award-winning musician will make his debut in the musical, which is based on the 2007 film of the same name, on November 3.

“It’s classy, it’s classic, it’s whimsical, it’s kitsch, it’s funny, its scandalous — it’s got a little bit for everyone,” Mraz told the outlet. “I love that I get out of my routine and try on a new routine that requires me to show up in a different way.”

Waitress features songs from pop sensation Sara Bareilles and follows Jenna, small-town waitress stuck in a loveless marriage with dreams of opening her own pie bakery.

“I love Sara, I love the music, I love the story, I think Dr. Pomatter is a very likable guy even though he’s somewhat scandalous in the plot. He’s a likable character and his songs are so enjoyable,” Mraz said.

Mraz admitted that when he was first starting out, he toyed with the idea of working towards a career on stage. However, he feared he’d become the classic cliche performer working nearly full-time as a waiter for the rest of his life and instead chose to focus on his own music.

“I said, in the back of my mind, ‘Maybe in my 40s or 50s, when I’m older and I have life experience, there might be more parts available for me. And, sure enough, two months after I turned 40, my phone rang and I got an invitation to come to New York.” He laughed: “The universe is cashing in the rain check.”

Other music stars have transitioned to Broadway in recent years, such as Panic! at the Disco singer Brendon Urie (Kinky Boots), Josh Groban (Natasha, Pierre & The Great Comet of 1812) and Carly Rae Jepsen (Cinderella). 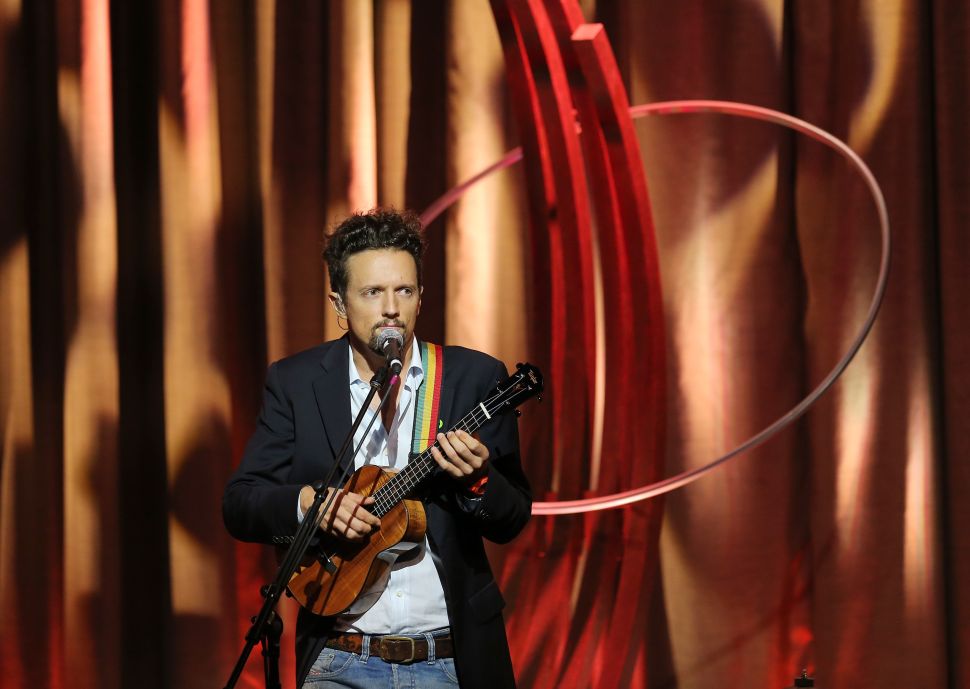