Bush, the 2016 presidential candidate, was going to be at a fundraiser in Miami for Guadagno and her running mate Carlos Rendo next week, according to an invitation obtained by Observer. But the event has been postponed due to Hurricane Irma.

A respected GOP politician from a family that includes two presidents, Bush has a deep-pocketed network of donors that helped raise more than $100 million for a super PAC that backed his failed presidential run.

It’s the kind of support Guadagno needs to be able to match Democrat Phil Murphy’s dominant lead in the polls and in the fundraising arms race. The two candidates are limited to spending $13.8 million each in the general election because they are participating in the state’s matching funds program.

But Murphy, a wealthy former Goldman Sachs executive, so far has outgunned Guadagno with a 3-to-1 fundraising advantage. He had raised roughly $5 million to Guadagno’s $1.47 million as of Aug. 24, according to state campaign finance filings.

Bush was one of the few Republicans in the primary who was tough on Donald Trump’s rhetoric and positions, urging GOP voters to choose a more moderate course. He also poached many of Gov. Chris Christie’s donors in the run-up to that primary, including Christie’s wealthiest backer, hedge fund manager David Tepper, and state Sen. Joe Kyrillos (R-Monmouth).

The Guadagno breakfast fundraiser was being hosted by Thomas Gallagher of Miami International Holding at his offices, and co-hosted by Mark Massad of KB Financial Companies. Bush was to be the special guest. Tickets ranged from $500 to $4,300, according to the invitation. A new date has not yet been announced. 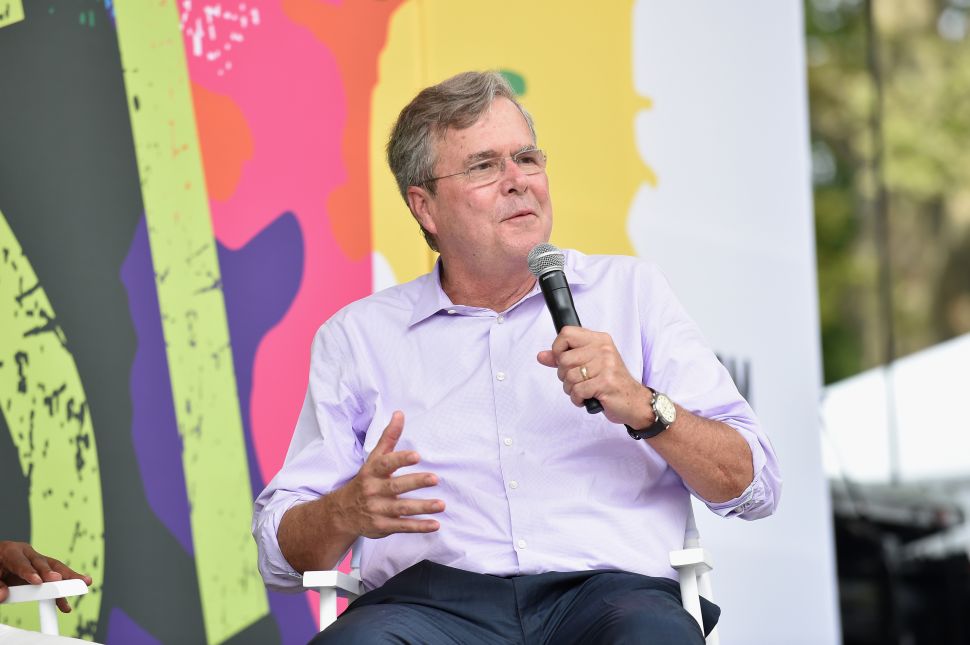