Netflix has its original scripted dramas and comedies, its steadily improving stable of original films, and now it wants to get in on the reality competition front. But instead of trotting out the stale American Idol formula, the streaming service is turning to John Legend for something fresher.

Variety reports that Netflix is developing the unscripted Hip-Hop reality competition series Rhythm & Flow from producer Legend and his Get Lifted Film co. along with former NBC executive Jeff Gaspin and Primary Wave Entertainment. Netflix has yet to order the project to series and there isn’t any talent associated with the show as of yet. It also remains to be seen if Legend would appear on-camera in some form. Fingers crossed that he’s the lead judge. We could totally see him being the Adam Levine of Rhythm & Flow.

While Netflix has cultivated hits from the unscripted formula in Making a Murderer, The Keepers and Chelsea, the streaming service has yet to really connect with reality TV. Last year’s athletic contest Ultimate Beastmaster arrived to the shrugged shoulders of most subscribers. Rhythm & Flow would marks Netflix’s first true blue talent series.

Reality talent competitions are routinely major components of a broadcast network’s power lineup. ABC trumped Fox in a bidding war for the American Idol revival in May, Fox then began developing a singing competition The Four last month. NBC will debut The Stream in the near future which would pair with The Voice for a year-round schedule. Ratings is the name of the game in broadcast and reality talent competitions bring in eyeballs. That’s why Katy Perry is getting $25 million from ABC for Idol and why NBC is shelling out low-six-figures for Kelly Clarkson and Jennifer Hudson on The Voice, per Variety.

“Rhythm & Flow, with its focus on soul and R&B, would be a more targeted play than the broadcast shows. Netflix is approaching a finished deal for the show just weeks after Legend and Get Lifted signed a new first-look deal at Sony Pictures Television. The two companies had previously partnered to on the WGN America scripted series Underground,” the outlet reports. 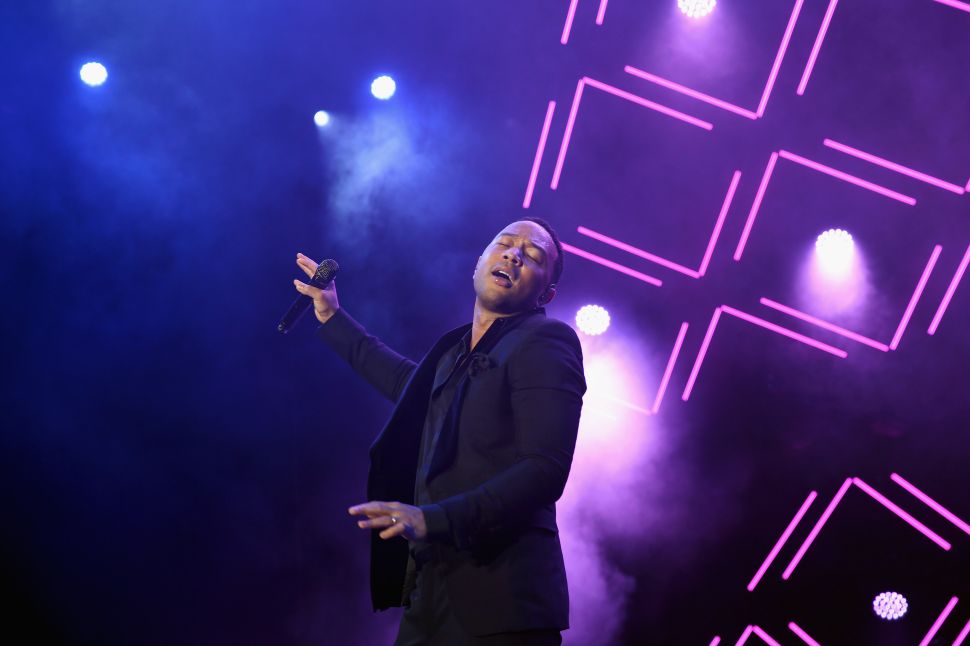