MSNBC’s Morning Joe didn’t quite get the happy birthday that Joe Scarborough, Mika Brzezinski and Willie Geist might have been hoping for. On Tuesday, the show celebrated its 10th anniversary at Saturday Night Live‘s Studio 8H at Rockefeller Center with a live telecast, studio audience and the whole nine yards. But one person who was not in the cake and pin the tail on the donkey mood was Arizona Senator John McCain.

Speaking from Washington D.C., McCain sarcastically congratulated the show on “Ten years of fake news and deceiving the American people…I hope that I’m not on your program soon,” Deadline reports. The remark elicited applause from the audience and nervous laughter from the hosts.

But despite McCain’s comments, the Morning Joe team would not be deterred from their celebration.

“No one wanted to admit they liked a show with a conservative Republican on MSNBC in the beginning,” Scarborough said via PEOPLE of the show lasting this long. “For the first few years the reviews were all very snide, but you could tell they were all watching.”

“We’re the longest-running anchor team on TV, which I can’t believe,” Brzezinski added. “No other three people have been an anchor team for this long, which is unheard of.”

Solid recovery by Scarborough and Brzezinski after McCain’s viscous burn. MSNBC has recently gained ground on Fox News in the ratings following the firing of Bill O’Reilly. However, the conservative network is eyeing a serious comeback after bolstering its on-camera roster with new talent. Since August, Morning Joe has been hovering right around 1 million live viewers, per Nielsen. 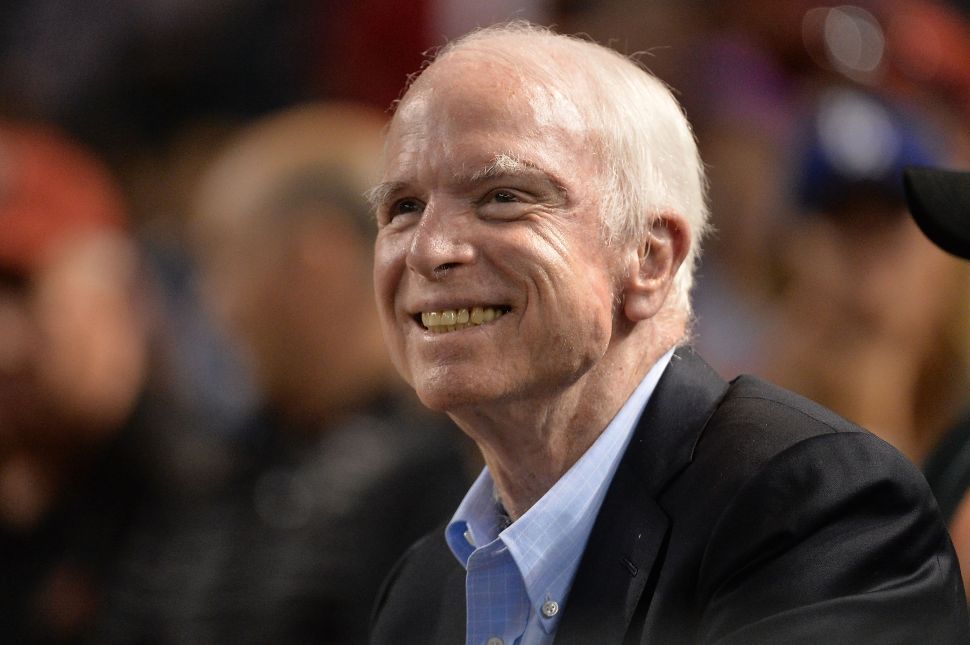