Today is a good day for Justice League news, as early reactions to an advanced screening held by Warner Bros. this week have begun to trickle in and Box Office Pro released its long range forecast for the film. As the first ever big screen team-up of the most iconic superhero group, Justice League certainly has a lot of hype surrounding it from a fan perspective. Your average moviegoer is interested in buying a ticket to this one. However, despite the pallet-cleansing Wonder Woman, audiences still haven’t forgotten how WB burned them with last year’s Batman v Superman: Dawn of Justice. The studio’s DC Extended Universe has been not great, Bob, since launching with 2013’s Man of Steel, leaving audiences skeptical.

As such, Box Office Pro looked at the pros and cons of Justice League to sketch out an early opening weekend estimate.

“Justice League (Warner Bros.) will unite key heroes from the DC universe with the promise of Batman, Wonder Woman, The Flash, Aquaman, Cyborg, and (presumably) Superman joining forces in their first film as a collective group. The previous DC universe films have generated major financial success thus far, although only Wonder Woman has enjoyed both box office supremacy and critical + audience adoration. The latter’s goodwill — on top of the fact that Batman is still one of the most bankable icons in film history — could allow some audiences to give League the benefit of the doubt. Fans are also very curious about what kind of influence Joss Whedon (The Avengers) will have had on the finished product since Zack Snyder stepped down during production following a family tragedy.”

“It’s no secret that Batman v Superman was received poorly by many fans, and that will be Justice League‘s biggest obstacle to overcome as the spiritual sequel to that film. In addition, opening in the third weekend of Marvel’s Thor: Ragnarok could present even more challenges since this is the shortest competitive window in which DC and Marvel tentpoles have attempted to compete within against each another. As such, reviews and early fan reactions will be crucial to Justice League‘s long term prospects.”

Given all that, the outlet is projecting that Justice League opens to $150 million domestically, which would be the DCEU’s second-biggest debut behind BvS ($166 million). Obviously, positive/negative word of mouth and reviews can push this number up/down, so don’t take this eight-week early prediction as a certainty. All told, Box Office Pro projects the film to end its domestic run with $330 million. Just so you know, BvS earned a total of $330.3 million domestic.

The Avengers, Justice League’s closest parallel, smashed box office records back in 2012, opening to $207.4 million en route to a $623.3 million domestic take, per Box Office Mojo. That’s the unrealistic best-case scenario; all you starry-eyed dreamers best forget about duplicating those numbers. Generously assuming Justice League is a creative improvement on BvS, a more realistic comparison may be 2008’s The Dark Knight. That highly-anticipated sequel opened to $158.4 million and eventually grossed $534.8 million in North America, which may still be a bit of a reach for Justice League depending on its quality. 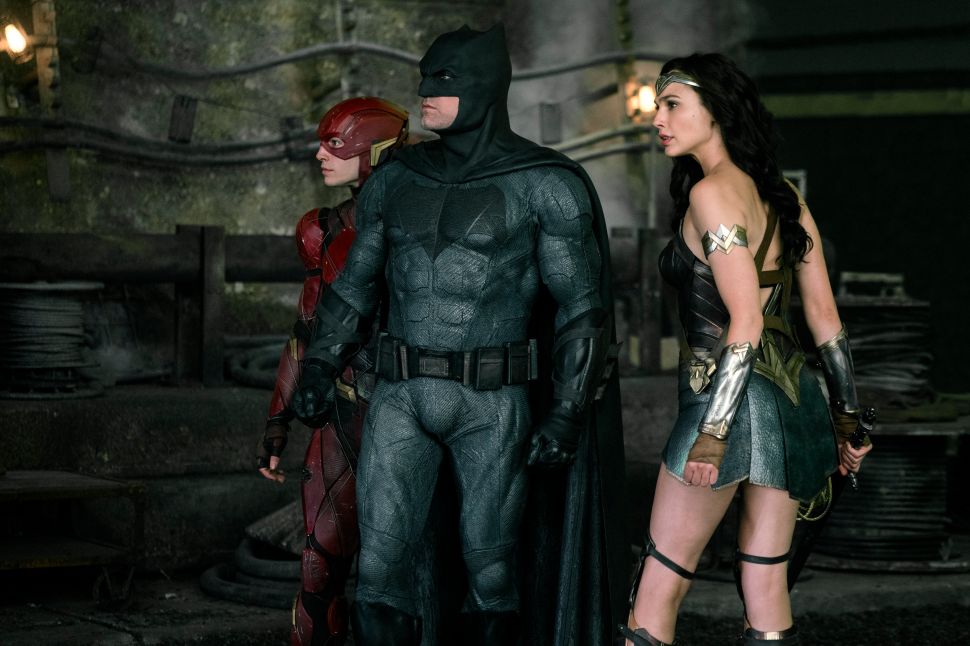