Ever since Princess Charlotte was born, way back in May of 2015, there have been murmurs that Kate Middleton and Prince William were expecting. The rumors became easy enough to ignore as the years went by; but this weekend, Kate Middleton announced she is doing her royal duty and adding another child to her regal brood.

Directly after the family revealed the pregnancy, the betting began. While this certainly isn’t a Mayweather fight, folks who wouldn’t usually be placing bets are getting in on the action. London-based bookie William Hall revealed odds for the royal baby’s name, with Alice as the most popular, followed by Elizabeth, James and Arthur; Diana, Margaret and Charles received honorable mentions.

And because of the return of Kate Middleton’s severe morning sickness, hyperemesis gravidarum, some already think it’s going to be a girl, although she did experience the same symptoms while pregnant with Prince George.

The new baby will be fifth in line to the throne, following Prince Charles, Prince William, Prince George and Princess Charlotte. Unfortunately, that means Queen Elizabeth’s grandnephew, noted thirst trapper Arthur Chatto, is slowly losing his claim to the throne, making him slightly less eligible than before. And Prince Harry will now be sixth in line to the throne, although he’s admitted in the past he doesn’t want to be King at all. It’s also unclear if the new baby will arrive in time to be the ring bearer or flower girl during Prince Harry’s wedding party.

It’s perfect timing for a new member of the English Royal Family, as Prince George and Princess Charlotte were facing serious competition from other royal children, including the Swedes. Perhaps there’s an epic marriage in the making. 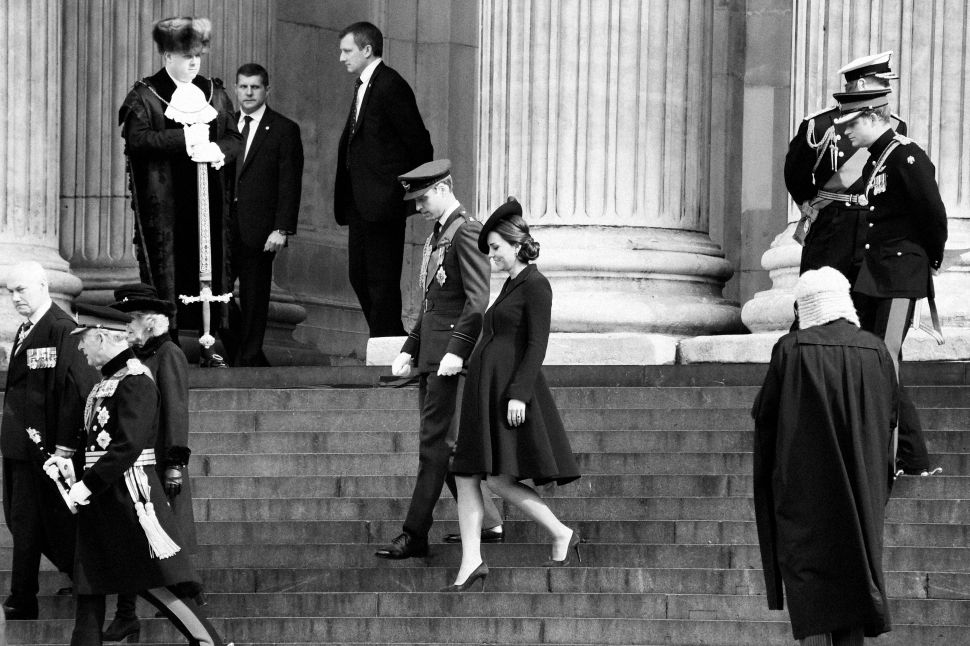