If you gave one human being complete access to all the software that runs your home, flooded the place with cameras and mics and let her watch you and talk to you 24/7, could she outperform Amazon Alexa or Google Home‘s artificial intelligence? That’s the question tech artist Lauren McCarthy is asking with her new project, LAUREN.

LAUREN is a performance art piece in which McCarthy will build “human intelligent smart homes.” That is, she will sit at her desk, wait for commands and help out in all the ways she can, remotely. She’ll raise interesting questions about what artificial intelligence can do. For example, if a user asks Lauren what the temperature is outside, she might give the answer a bit more slowly than Alexa would, but if you ask her whether the outfit you’re wearing sends the right message for a first-time business meeting, she can actually offer a reasonable opinion.

In the late 1800s, as railroads started to criss-cross the nation, steel drivers were men who used hammers to drive explosives into rocks in order to dig tunnels. Eventually, steam-power was used to create machine hammers that replaced manual steel drivers. This replacement gave rise to the legend of John Henry, who died proving a man could drive steel faster and better than a machine.

McCarthy’s experiment isn’t likely to be that stressful, but she isn’t making it easy on herself either.

“My art is basically thinking about: What are the systems we use to be a person and interact with other people and will technology save all of our problems or cause many more?” McCarthy said in a new video from Y Combinator (above), where she discussed LAUREN and some of her past work.

“I’ve been really obsessed with all this home automation stuff, and thinking about Alexa and products like that, like Google Home,” she said. According to Edison Research, most families that have one of these smart speakers would not want to go back to life without it.

McCarthy found it interesting that technology like Google Glass was so swiftly rejected while the Alexa and its imitators have been almost unquestioningly adopted. For her, to enter into and become pervasive in the home seems like a radical idea, because “the home is the place where you first learn how to be a person,” she said.

The artist will completely devote herself to this performance during each of the periods she serves as the home assistant for each household. It will begin with a brief in-person on-boarding conversation. McCarthy will also need to visit the homes to set up all her equipment. She expects in most cases that she will serve as the home assistant for about three days, depending on how long her participants are game to have her. She plans to sleep when her subjects sleep and take breaks when they aren’t at home, but otherwise she plans to be basically as available as Alexa or Google Home is.

Interested participants can apply to take part in the project by signing up at her website. She has a number of demo testimonials up there that suggest she will try to insert a human element into performance, perhaps not simply obeying her participants but also trying to influence their behavior. It’s the emotional work that humans can do, she contends, that machines can’t replace.

The UCLA Media Arts professor is engaging in this project not as a commercial enterprise but as an aspect of her art practice. Like most contemporary art, it’s meant to raise questions and stimulate conversation. It’s not a minimum viable product of any kind. McCarthy knows that this approach would be impossible to scale. Much like the myth of John Henry, that’s not really the point.

McCarthy’s art practice has been all about provocative, tough to scale experiments. We spoke with her in 2014. Her most famous project has probably been “Social Turkers,” in which she paid people on Amazon’s Mechanical Turk service to text her instructions for how she could be more winning on first dates.

She explains that she often finds people are eager to believe in the potential of some of her wildest technological experiments. “A lot of these products are working into people’s desire to buy into things,” she said. “They kind of want to believe it.”

When you think about it, that predisposition puts inventors at an advantage when they want to insert some invasive new gadget into our lives. How else can we explain the fact that Apple Watches haven’t completely disappeared? 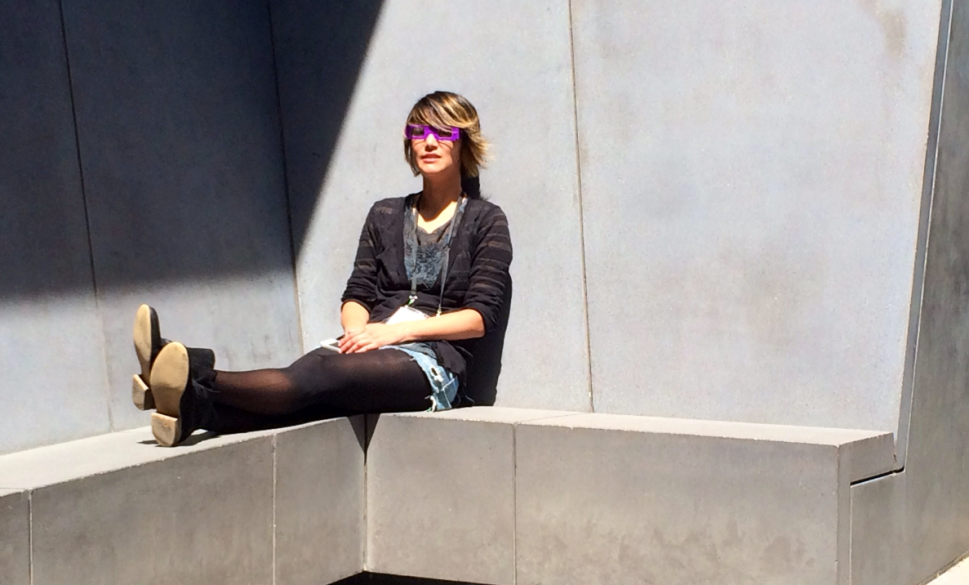