In a time when people are concerned with the status of the Amazon rainforest and the negative effects of climate change, Leonardo DiCaprio is saving the day.

The actor has announced that his foundation will distribute $20 million dollars to various organizations that support wildlife protection, marine conservation, and climate change programs. It will be the largest amount of money the foundation has ever donated, which has given approximately $60 million dollars since it was founded in 1998.

“We are proud to support the work of over 100 organizations at home and abroad,” DiCaprio stated, while attending a climate change conference at Yale University on September 19th. “Our challenge is to find new ways to power our lives, employ millions of people and turn every individual into an advocate for clean air and drinkable .”

The grants cover six areas: climate change, wildlife and landscape conservation, marine life and ocean conservation, innovative solutions, indigenous rights and a California climate change program. DiCaprio isn’t leaving anything out, a promising factor as many have questioned why President Donald Trump has yet to announce any plans to address these environmental factors that affect not only our nation, but the entire world.

Last year, the actor met with Trump to discuss climate change, informing him that green jobs could boost the US economy. After the meeting, the actor gave Trump a copy of his documentary Before The Flood, which Trump promised to watch. It appears the conversation since then has not been a positive one, as the foundation’s CEO has stated that this portfolio of environmental grants is a result of a lack of political involvement in saving our world.

“This round of grants comes at a critical time,” explained Terry Tamminen, the CEO of the Leonardo DiCaprio Foundation. “With a lack of political leadership and continued evidence that climate change is growing worse with record-breaking heatwaves and storms, we believe we need to do as much as we can now, before it is too late.”

Many environmentalists have urged leaders of nation to take action as our natural resources become limited. So it’s inspiring to see a legendary icon, such as DiCaprio, use his wealth for the benefit of our nation.

“These grantees are active on the ground, protecting our oceans, forests and endangered species for future generations – and tackling the urgent, existential challenges of climate change,” DiCaprio stated. 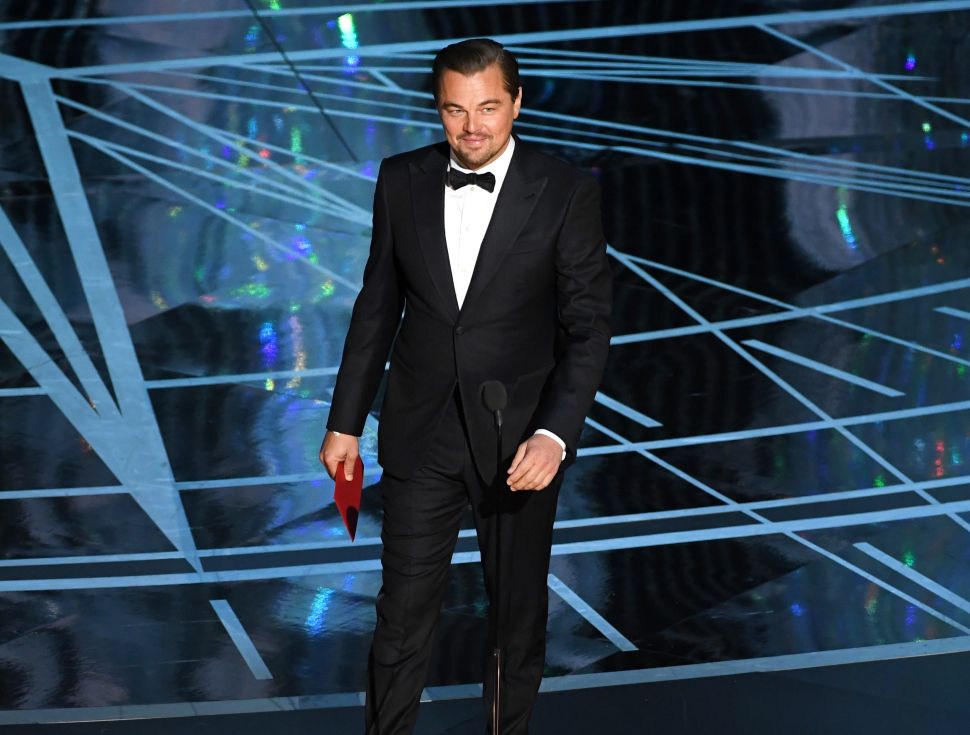