The same is true for our devices. While no one builds devices with built in covers for cameras, it’s easy to add one. Microphones are trickier. In fact, there’s a persistent conspiracy theory that Facebook constantly listens for buzzwords to trigger ads through the microphones on people’s phones.

Facebook says it doesn’t, but we know it’s possible to do. We previously reported on one company, Symphony Advanced Media, that got permission from users to continually listen over their cell phones. That company has since shut down.

Still, the possibility of spying by microphone is unsettling.

Purism has been building privacy-oriented laptops over the last couple years. Today, it launched a self-hosted crowdfunding campaign to create a new mobile phone that’s built from the ground up to respect privacy. One feature that stands out for us: an off switch for the microphone.

There’s also one for the cameras.

“We know how to build products that are convenient, privacy protecting and security focused,” Todd Weaver, Purism’s CEO says in the campaign video. “Our phone will be built to protect you by default. It will never exploit you for profit.”

Android and iOS are really the only two operating systems for mobiles in the world right now (think about how crazy that is—it’s a big world). These systems are built around all kinds of closed-source code.

Take the whole Facebook conspiracy. We can’t really ever know that Facebook isn’t turning mics on sometime. All we have to go on is what the company says. No one can look at what the app is programmed to do. That’s all locked down.

But everything on a Librem will be open source, so developers can get in there and see what it’s programmed to do. If the function to listen in isn’t in there, then an app isn’t doing it.

On the other hand, functions won’t be built by hordes of highly paid developers. They won’t work as well. You’ll give up some function for security and privacy. That’s just always the way. Still, it would be nice to have maps that don’t follow users around.

Of course, most of your favorite apps will be missing. Don’t hold your breath for Snapchat to build a Librem app, for example, and your days of right and left swiping potential love affairs will be over. Is that really so bad, though?

Purism has already built an operating system, PureOS, that runs on its laptops. For this project, it’s partnering with a free software community to adapt the Plasma operating system for Librem.

Already sold? Back the project for $599 and get a phone when it’s ready, probably not till sometime in 2019 (or roughly on the same time frame as the last season of Game of Thrones).

The company aims to raise $1.5 million over the 40 day campaign, with 20 percent committed on its first day. 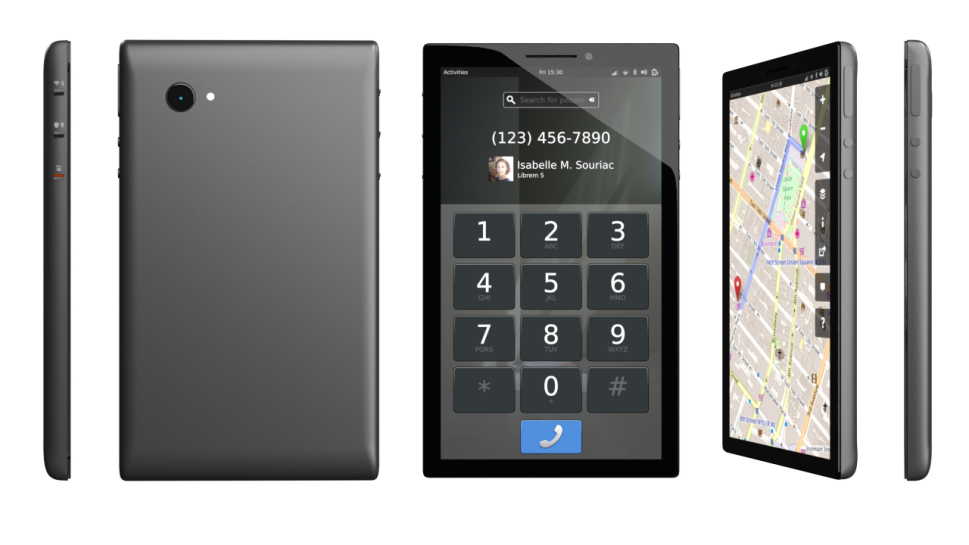