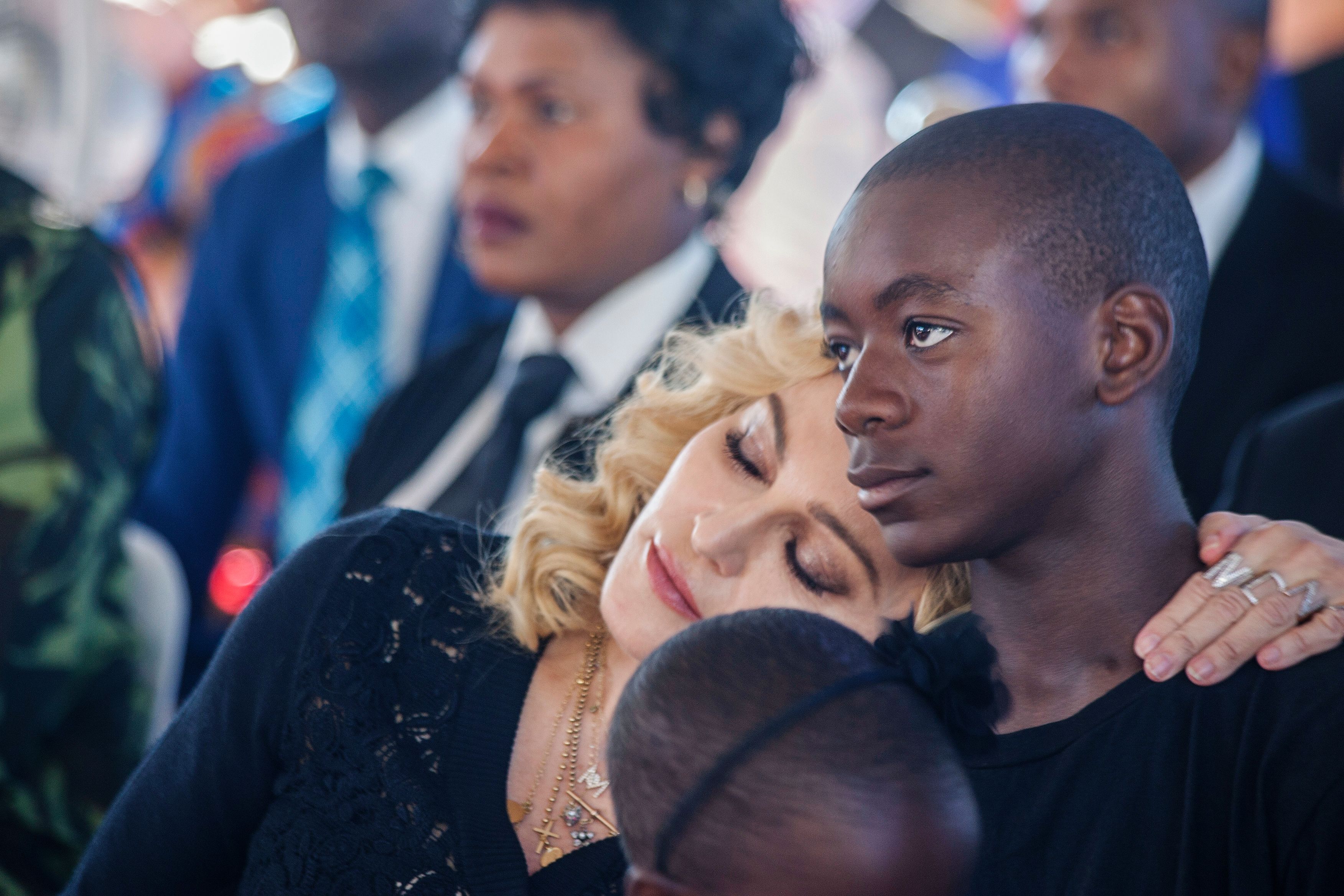 It might come as a surprise to her millions of fans, but Madonna truly believes that beauty comes from within.

She professed this theory at what might be the most ironic setting: the U.S. launch event for her MDNA skincare line. Earlier this week, while discussing the benefits of a $600 Chrome Clay Mask (it’s removed with a magnet and the pop star sometimes uses it on her butt) and her near-addiction to the $120 Rose Mist (which can always be found in her bag and is often at risk of being seized by airport security agents), Madonna got serious about inner beauty.

“It has nothing to do with anything you can buy; it has to do with what’s on the inside,” she said. “I would like to point out that to glow from within is ultimately and entirely connected to being a decent human being, treating other human beings with dignity, respect and compassion and doing work in the service of others. That is going to ensure lasting beauty for the rest of anyone’s life.”

The singer, who has dedicated quite a lot of her time and resources towards charitable causes, might know a thing or two about this whole glowing from within situation. She founded the non-profit Raising Malawi in 2006, which serves to improve the lives of orphans and other vulnerable children in the African nation. Madonna is very active in the organization; for example, this past July, she was on hand for the opening of the Mercy James Centre for Pediatric Surgery and Intensive Care. She has also adopted four of her six children, David Banda, Mercy James and twins Stella and Esther, all from the impoverished nation of Malawi. 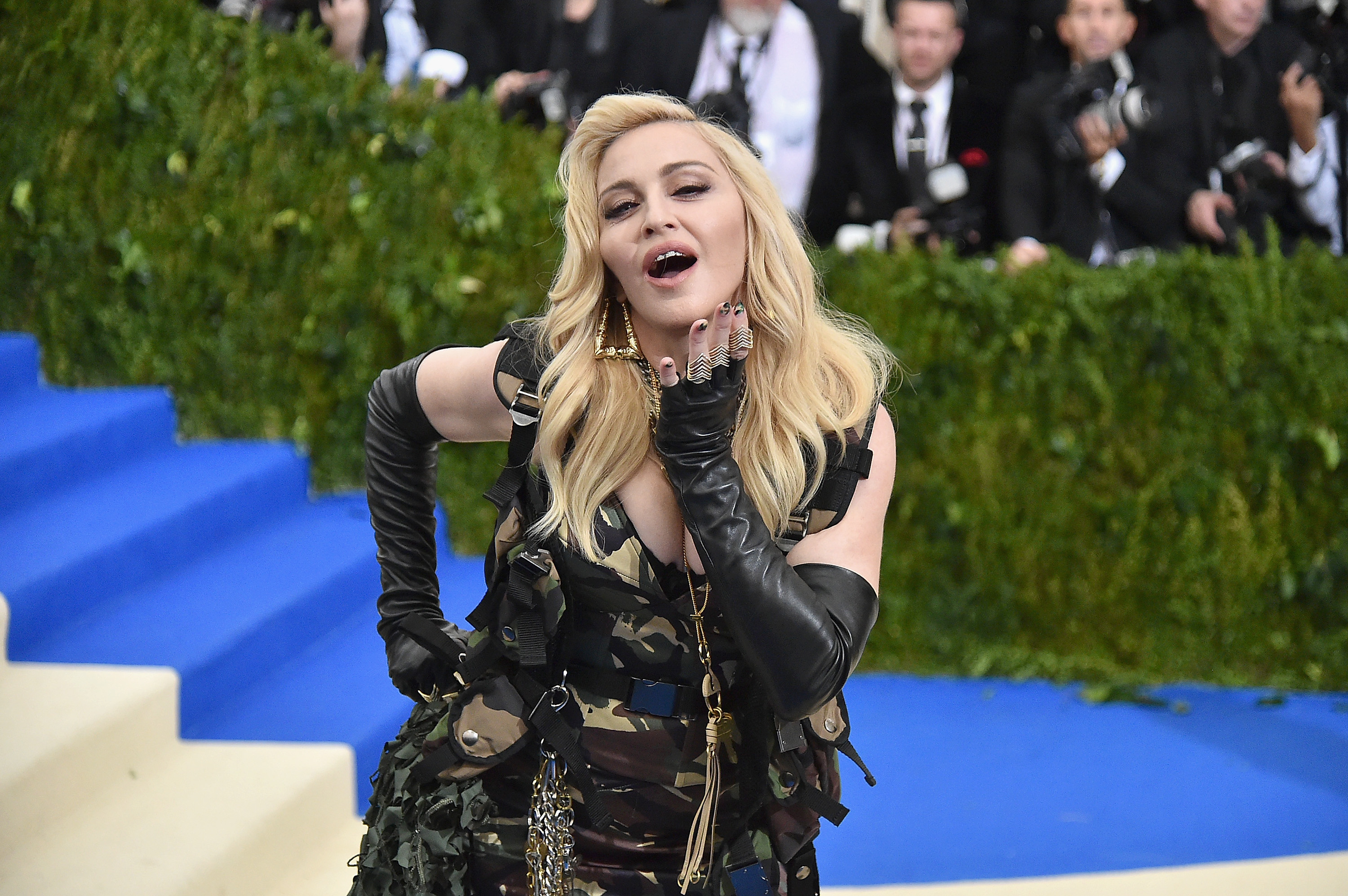 The skin of a superstar. Getty Images

But back to that beauty launch. While standing on the stage at Ludlow House, Madonna did admit that a few other factors might effect how we all age. “Obviously looking good has to do with nutrition, what you put in your body, how much exposure you have to the sun, your DNA and your attitude, how you’re feeling inside,” she continued. Coming from the star who notoriously takes care of her skin by staying out of the sun, wearing hats and scarves liberally and abstaining from smoking, it seems these external factors certainly make an impact. Using her new products probably helps, too. In addition to the aforementioned Chrome Clay Mask and Rose Mist, there are serums for the face and the eyes, plus a face wash (that doubles as a makeup remover) and an eye mask. Loaded with active (and trendy) ingredients such as hyaluronic acid, amino acids and specially derived thermal water, the products are worth the hype.

The MDNA range was developed with help from Madonna’s go-to dermatologist, Dr. Paul Jarrod Frank. The pop star also turned to Montecatini, the famed Italian spa destination and MTG, a Japanese beauty brand, to bring her revolutionary skincare range to life. The brand was founded in 2014 and was widely available across Asia for years, but just launched in the United States on September 26.

It seems to be well worth the wait, as MDNA was developed for all skin tones and types, and customers of all ages. In fact, even Madonna’s son, Rocco Ritchie, happens to be a fan of the line. The star recalled: “To me, the true marker of success was when I had dinner with my just-turned 17-year-old son who’s just coming out of his bad acne phase and he said to me across a plate of pasta, ‘Mom, I just ran out of MDNA skin products. Can you get me some more?'”

After all, it’s never too early to get hooked on a healthy skincare regime. 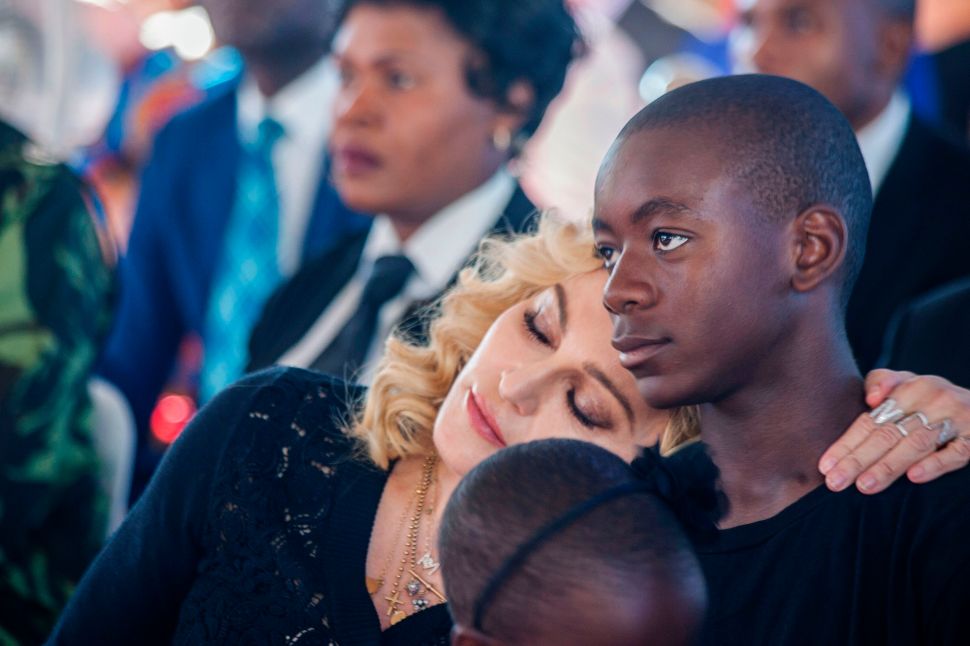