When it was first announced in May that Ryan Murphy would be using the aftermath of the 2016 presidential election as the inspiration for season 6 of his TV series American Horror Story, critics and fans of the show alike were trepidatious, to say the least. Why make them relive something that was so…scary?

But when the show premiered on FX this past Tuesday, September 6, Murphy proved that his wacky idea of channeling such a pivotal (and traumatic) moment in our nation’s history into art can not only be entertaining, but therapeutic, too. Following Murphy’s lead is Mexican-born, New York-based artist Bosco Sodi, who is putting on a one-day-only political performance in New York City’s Washington Square Park on today, from 3 to 8 p.m. 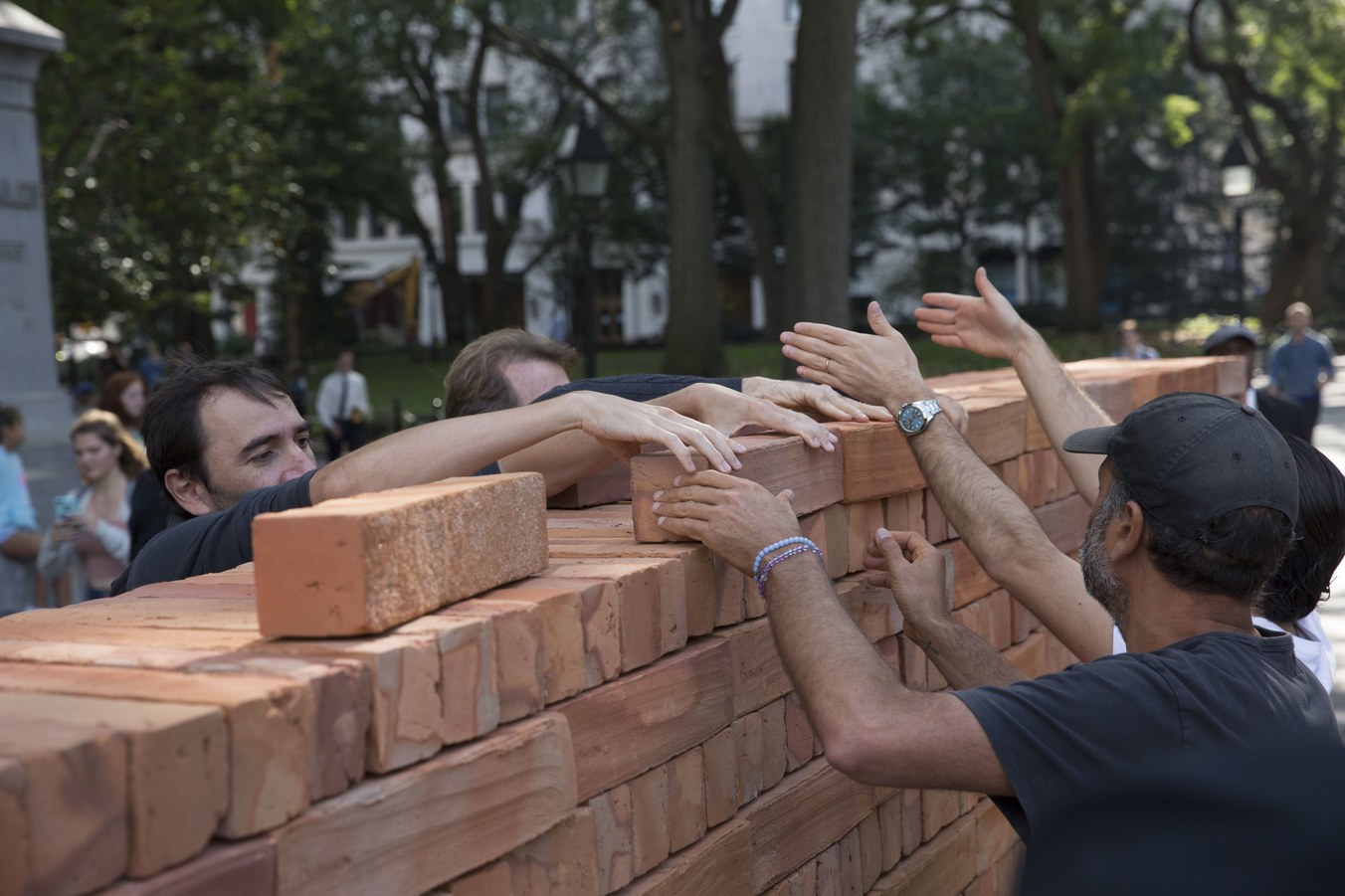 “Muro” in the making.

The project came to fruition thanks to the help of Sodi’s Mexican friends living in the city—each of them are accomplished individuals who work in creative industries. “I wanted to create a wall made by Mexicans with Mexican earth,” Sodi told The New York Times back in July. Yes, he is building a wall in a nod to President Trump’s plan to construct a multi-billion dollar wall along the U.S./Mexico border. Though Sodi’s asking his community to help de-construct this wall.

According to The Art Newspaper, each of the 1,600 bricks used to build the 26-ft. long wall “were fired in Oaxaca and transported by truck along the same route taken by migrants who cross over into Texas from the town of Nuevo Laredo.” He accurately titled the performance piece “Muro” (the Spanish word for wall). It’s the artist’s first piece on display to the public; consider this a preview for his upcoming debut show this November, at the Paul Kasmin Gallery in Chelsea.

The premise of the installation is to have spectators walking through the park take apart the wall brick-by-brick, a symbolic protest and retaliation to Donald Trump’s maddening mission. Each brick has been signed by the artist and can be taken home, as a relic of the Trump resistance. Sodi’s goal for the piece was to create “a metaphoric and poetic action” that would help break down both physical and mental walls. Come this afternoon, he just might succeed in doing that. 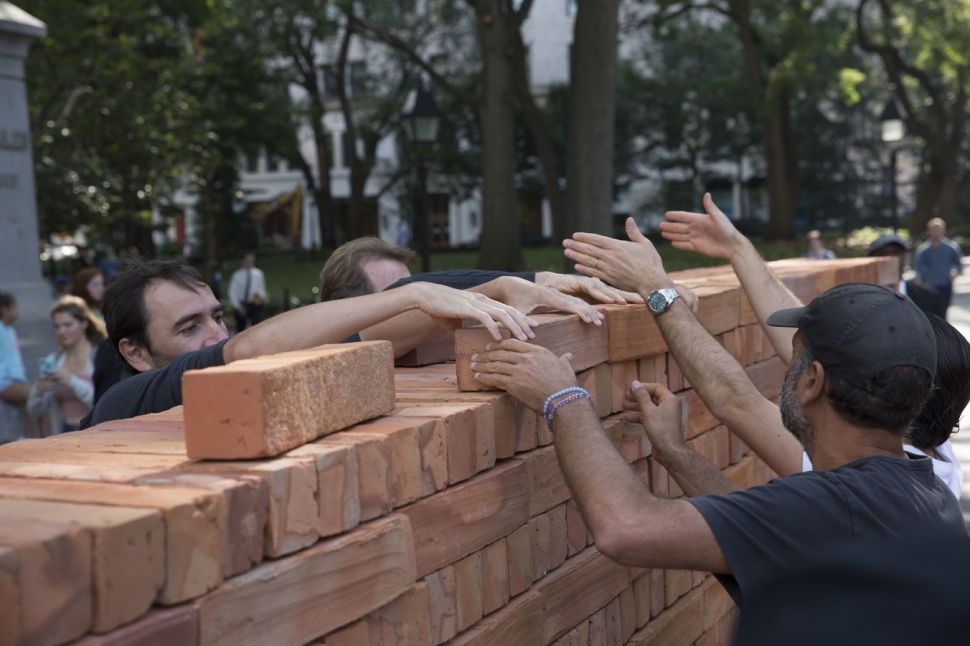